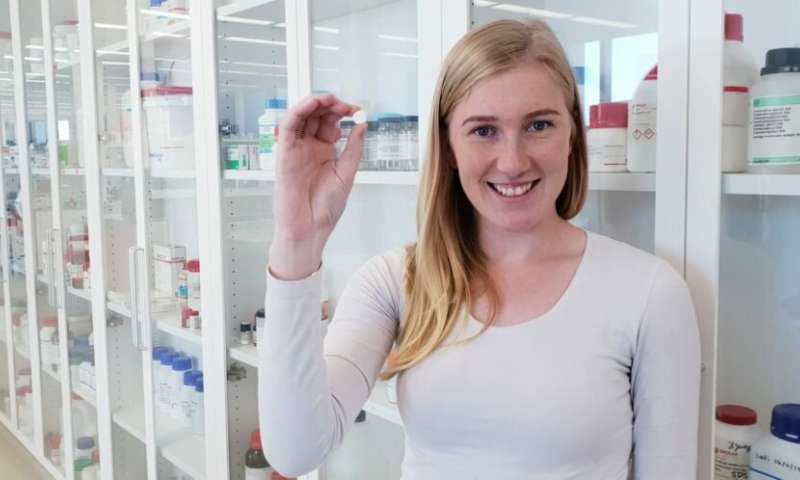 A new recipe for pills and tablets that includes oils and tiny porous particles can help your body absorb medicines more than twice as effectively.

“Around 40 per cent of drugs on the market are poorly soluble in water, and they are not being administered efficiently,” says Hayley Schultz, the University of South Australia researcher who has developed the new formulation.

“When poorly water-soluble drugs enter the gut, they don’t dissolve very well. This means only a small portion of the drug can be absorbed across the gut wall into the bloodstream where it can have its therapeutic effect.”

The Adelaide scientist has developed an oil-based formulation that mimics the food effect to improve the absorption of such drugs.

“These drugs are often taken without food, as the oil and fat content results in increased and unpredictable drug absorption. My new formulation mimics this phenomenon by incorporating oils to achieve greater absorption in a predictable way,” Hayley says.

“The formulation also contains tiny particles of porous silica. These are like sponges, full of tiny holes we can fill up with the drug and oil to form a stable powdered formulation. The powder can then be filled into a capsule or pressed into a tablet for easy oral administration.”

Hayley has demonstrated that the formulation results in more than twice the oral absorption of ibuprofen—by 220 per cent when compared to the commercial product Nurofen.