The arrival of Kim Kardashian and Kanye West‘s baby girl was one of the most highly anticipated celebrity births of the year. On June 15, 2013, the couple welcomed North West (aka Nori), but it was months before they shared any photos of their little one. Check out this tot’s life in photos! 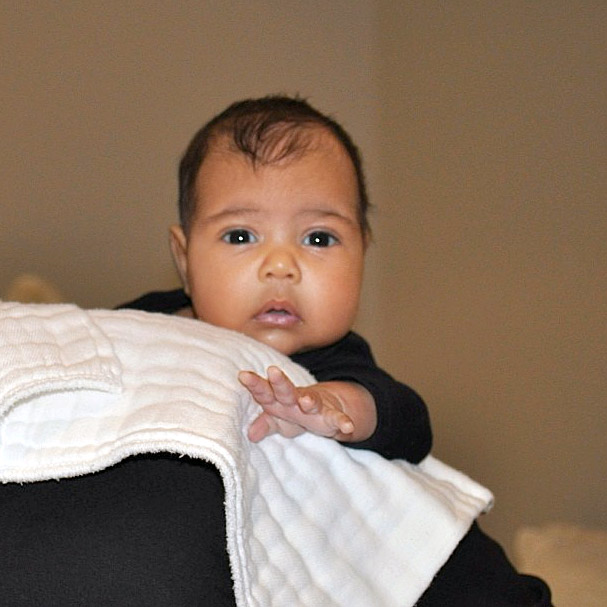 After more than two months of waiting for the first image of Kimye’s famous offspring, rapper Kanye West visited his future mother-in-law’s talk show in late August to debut the first image of his daughter. After gushing to Kris Jenner about his love for her daughter Kim Kardashian, the Yeezus emcee finally shared this candid image with excited viewers. 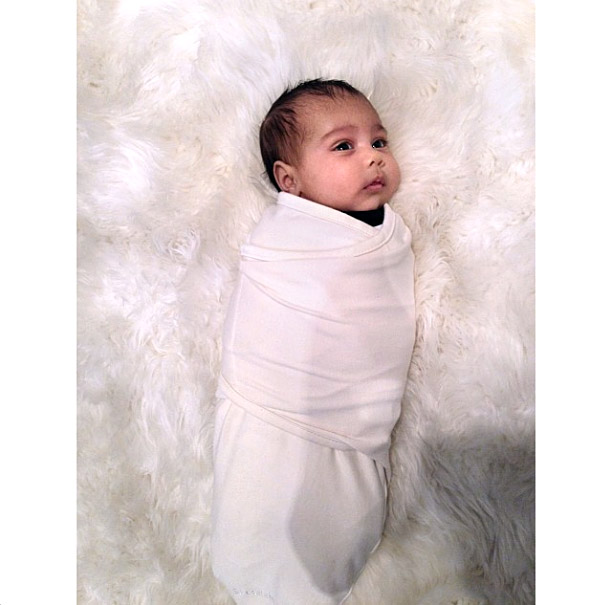 That’s a cute baby, fur sure! The second shot of the infant came from her proud mama in early October. After Kardashian and her now-husband hit Paris Fashion Week sans Nori, the reality star took to Instagram to share this precious image with the caption, “I missed waking up with my little angel.” 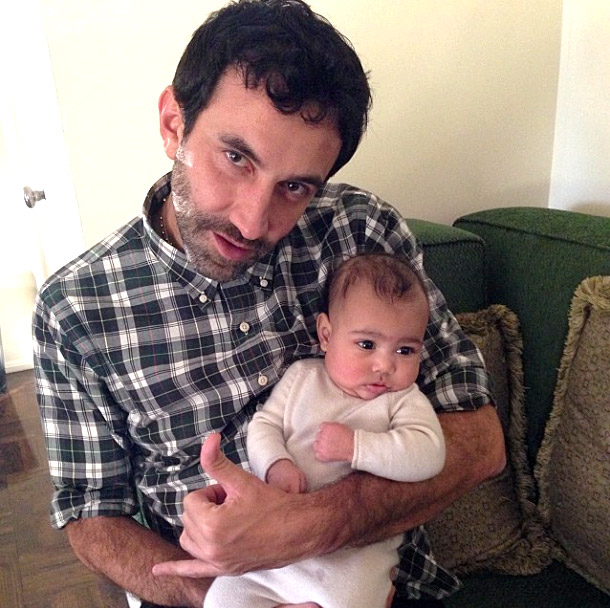 Before she turned 6-months-old, North West was already schmoozing with the elite. The baby was snapped posing with Italian designer and stylist Riccardo Tisci. 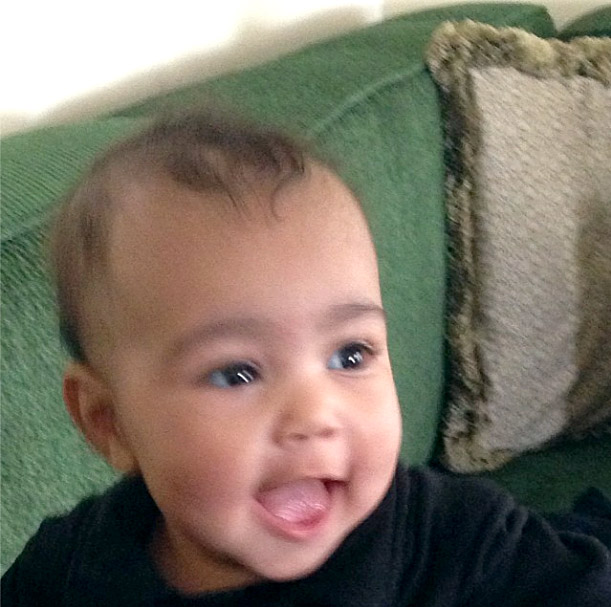 She certainly knows how to ham it up for the cameras! Kardashian and West’s daughter was all smiles in this sweet moment, captured by her adoring mother. 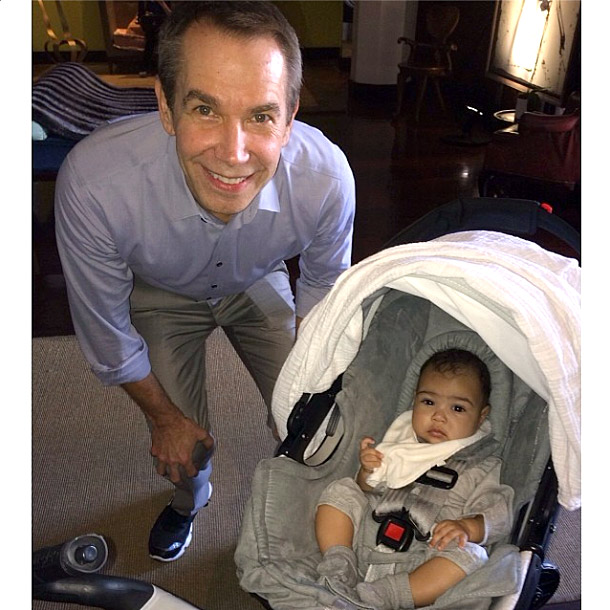 North West rubbed elbows with artist Jeff Koons at the famous Art Basel show in Miami on Dec. 5. The little one didn’t appear to be phased by Koons while posing in her gray sweatsuit.