It’s in her genes! Beyoncé’s 7-year-old daughter, Blue Ivy, showed off her singing skills on The Lion King: The Gift album released on Friday, July 18. 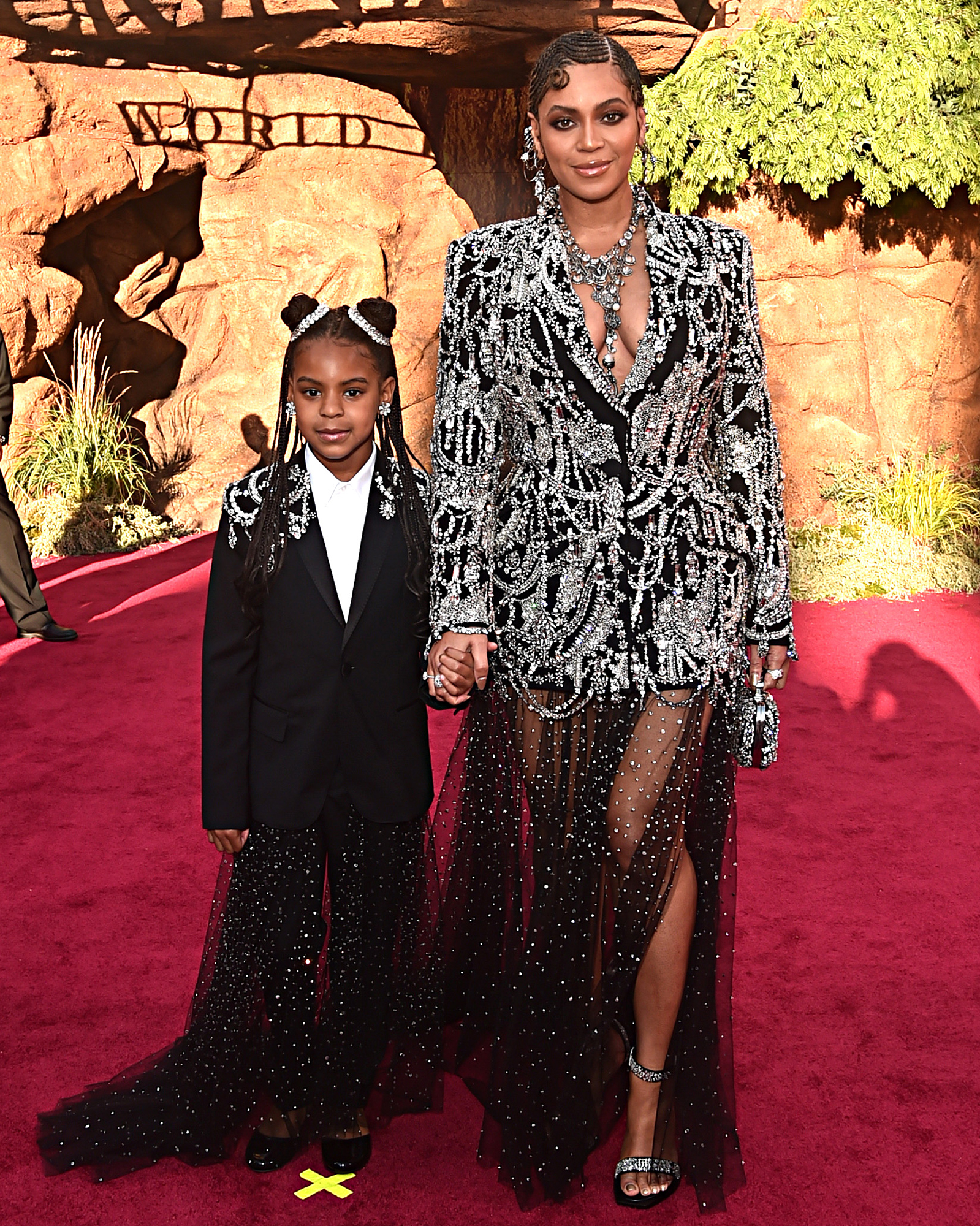 The Grammy winner’s album, which she executive-produced, is a companion LP to the Lion King movie soundtrack. The 27-track album features a variety of collabs with artists including Childish Gambino, Pharrell Williams and Major Lazer — but Beyoncé and Jay-Z’s daughter appears on “Brown Skin Girl.”

“Brown skin girl,” the little one sings along with SAINt JHN. “Your skin just like pearls. The best thing in the world. Never trade for anybody else.”

It’s been a big month for Blue, who had a cameo in her mom’s Tuesday, July 16, “Spirit” music video. Beyoncé, who voices Nala in the remake, matched her daughter in a flowing pink and red gown in the video. The 7-year-old first appeared behind the actress and reached out for her hand, then sat beside Beyoncé and stared straight into the camera.

When The Lion King premiered in Hollywood on July 9, the mother-daughter pair rocked the red carpet in similar Alexander McQueen tuxedo dresses. This came one month after they wore twinning Lion King-inspired outfits to the Wearable Art Gala in Santa Monica. The “Single Ladies” singer posted an Instagram video at the time of Blue singing to “Circle of Life.”

She and the rapper, 49, tied the knot in 2008 and welcomed their daughter four years later. Blue became a big sister in 2017 when twins Sir and Rumi, now 2, were born.

“She’s the Queen B, the second Queen B,” Tina Knowles Lawson told Us Weekly exclusively of her eldest grandchild in February. “[Rumi] is really just going to rule the world, and [Sir] is kind of laid back and chills like dad.”

The Lion King is in theaters now.