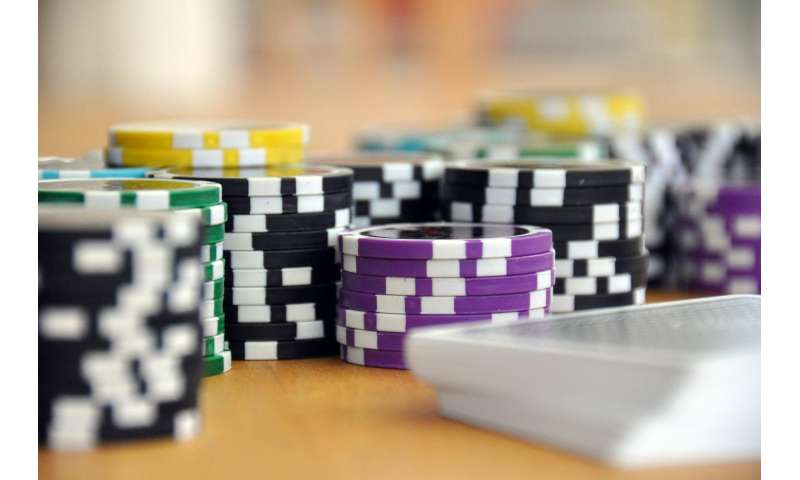 The current focus on individual ‘problem gamblers’ fails to take into account the full health and social cost of gambling because it overlooks the wider impact on families, friends and communities, according to new work published today.

The joint work by Bangor University, Public Health Wales, Heather Wardle Research and Swansea University also shows that problem gambling rates are highest in the most deprived communities of Wales.

The work examines the challenges and opportunities for addressing gambling harms as a public health concern both at a UK level and within Wales. It highlights that children and young people, people with money worries and debts, people with mental health problems, people from minority ethnic groups, and people living in areas of deprivation are more vulnerable to gambling harms than others.

The work is being released in the context of a dramatic increase in the number of opportunities to gamble over recent years linked with relaxed regulation and rapid technological changes. The 2005 Gambling Act liberalised the market for gambling, and gambling is now a significant part of the British culture and its economy.

In Wales, around 55 percent of adults (aged 16 years or over) spent money on some form of gambling in 2016. 0.8 percent of adults were identified as problem gamblers, with 3.3 percent at risk. Estimates of the health, welfare, employment, housing and criminal justice costs incurred by problem gamblers was between at least £40m-£70m in Wales. These figures have prompted significant public and political debate about the health and social impacts of gambling in Wales. In his 2018 annual report, the Chief Medical Officer for Wales called for an invigorated policy response to this hitherto unappreciated health challenge.

Gambling can produce a broad range of harms, some damaging longer-term well-being. Like other health inequalities, gambling harms are not distributed equally across society.

Bangor University is releasing an interactive map of the likely distribution of risk of gambling harms across Wales. The map shows how social, health and economic risk factors for gambling harms vary; for example, between different parts of larger towns and cities, and between urban and rural areas. The risk map can inform the design of public health policy initiatives and support local area risk assessments for local authority licensing processes (a regulatory requirement).

Professor Robert Rogers, School of Psychology at Bangor University, and lead author of the reports, said: “A recent shift to see gambling as a public health challenge requires policies to address gambling as a health inequality. This will require a comprehensive set of measures to protect the most vulnerable groups in society from the broader harms to health and well-being, as well as providing targeted interventions for the most severely affected individuals. We hope that this work will stimulate policy development in Wales and at a UK level, contributing to the wider debate about the balance to be struck between policies to protect vulnerable groups from harm and protect peoples’ freedom to gamble.”