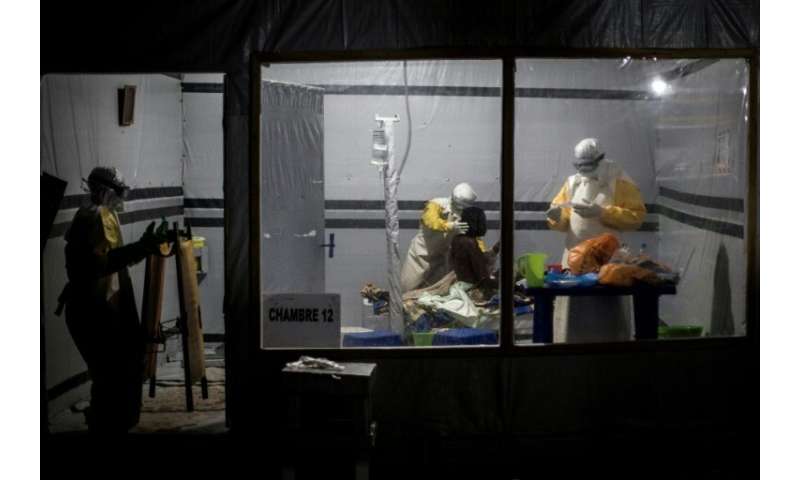 An antibody taken from an Ebola survivor has been found to target all three human strains of the virus and could eventually lead to an all-purpose vaccine against the killer disease, scientists said Monday.

Ebola, which can be lethal in 90 percent of cases if untreated, killed more than 11,000 people in 2014-15 in West Africa in what was the worst-ever outbreak of the haemorrhagic disease.

The epidemic caused international panic. A vaccine was developed that offers some protection against one strain of the virus.

Tens of thousands of people have received the vaccine in eastern Democratic Republic of Congo after an outbreak there—which started in August—killed more than 500 people.

Now scientists for the first time believe they have identified an antibody from a survivor of the west Africa epidemic that can be used to target all three forms of Ebola in humans.

Kartik Chandran, professor of Microbiology and Immunology at New York’s Albert Einstein College of Medicine, said he and his colleagues had identified Ebola’s “Achilles heel”.

“Given the unpredictable nature of Ebola outbreaks, vaccines and drugs that can be used to prevent and treat infections caused by multiple ebola viruses are urgently needed,” he told AFP.

The team behind the study, published in the journal Nature Structural & Molecular Biology, analysed an antibody known to be effective against two strains of Ebola.

They were able to identify the precise part of the virus that the antibody targeted and noticed that it used “decoy material” to also get under the skin of the third known human Ebola virus.

“The molecular structure revealed that the antibody reached into a cryptic, recessed pocket (of the virus),” said Erica Ollmann Saphire, from Scripps Research and the La Jolla Institute for Immunology, California.

“By reaching under decoy material, the antibody is able to find an effective target that is shared among the variety of different ebola viruses,” she told AFP.

Because several animals carry variants of the virus that can be transmitted to humans, Ebola epidemics are hard to predict.

Chandran said that finding an antibody effective in fighting all human forms of the disease could pave the way for universal vaccines and even treatments for Ebola.