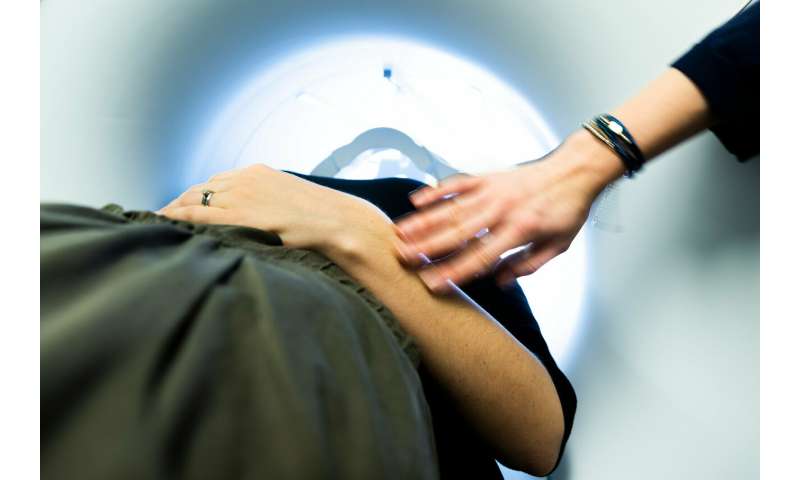 The brain seems to reduce sensory perception from an area of skin when we touch it ourselves, according to a new study from Linköping University published in the journal Proceedings of the National Academy of Sciences. The finding increases the understanding of how the brain distinguishes between being touched by another person and self-touch.

The ability to distinguish between self and others is extremely important. During the first period of life, newborn children develop somatosensory awareness of their bodies mainly through being touched by those who care for them. Problems with the self-concept, such as the ability to recognise one’s own actions, are common in several psychiatric disorders. Most people cannot tickle themselves, but some patients with schizophrenia can, suggesting that their brain interprets sensory perceptions from their own body differently.

Scientists at Linköping University in Sweden have examined what happens in various parts of the nervous system when a person is touched by another person, and compared this with corresponding self-touch. They have shown that the brain reduces the processing of the sensory perception when it comes from self-touch.

The skin contains sensory receptors that react to touch, pressure, heat and cold. Information about touch is transmitted from these to the spinal cord and on to the brain, where the perception is processed in several steps in different regions of the brain. The researchers involved in the new study carried out several experiments in which they observed the brains of healthy volunteers via fMRI. The participants strokes their arms slowly with their own hands, or were told that a researcher would stroke their arm in a similar manner. The researchers investigated how these types of touch were linked to activity in different parts of the brain.

“We saw a very clear difference between being touched by someone else and self-touch. In the latter case, activity in several parts of the brain was reduced. We can see evidence that this difference arises as early as in the spinal cord, before the perceptions are processed in the brain,” says principal author Rebecca Böhme, postdoc in the Department of Clinical and Experimental Medicine and the Center for Social and Affective Neuroscience, CSAN, at Linköping University.

The results are compatible with a theory in brain research that suggests that the brain attempts to predict the sensory consequences of every action. This means that it does not attach as much importance to sensory perceptions that are caused by our own bodies, since the information from these is expected. In one of the experiments, the participant’s arm was touched with filaments of different thickness, while the arm was simultaneously stroked either by the participant or by another person. The researchers showed that the ability to experience simultaneous sensory perceptions was damped when the participants stroked their own arms. Maybe this phenomenon can explain why people rub their arms after bumping against a table, for instance.

“Our results suggest that there is a difference as early as in the spinal cord in the processing of sensory perceptions from self-touch and those from touch by another person. This is extremely interesting. In the case of the visual system, research has shown that processing of visual impressions occurs as early as in the retina, and it would be interesting to look in more detail into how the brain modulates the processing of tactile perceptions at the level of the spinal cord,” says Rebecca Böhme. 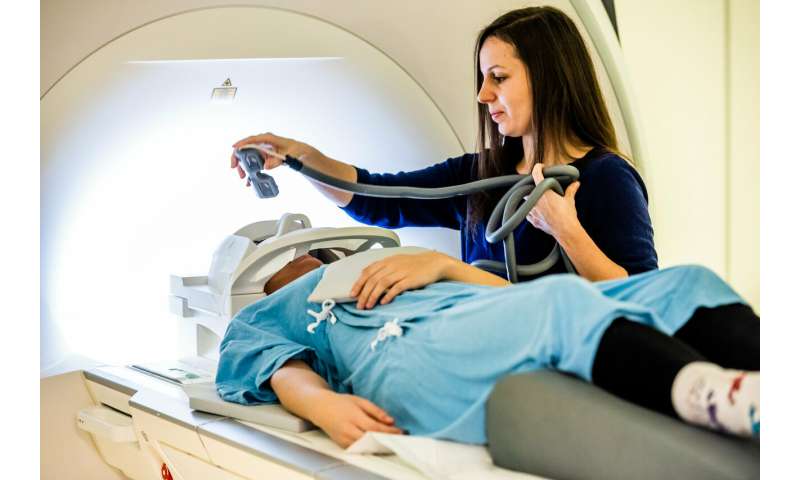