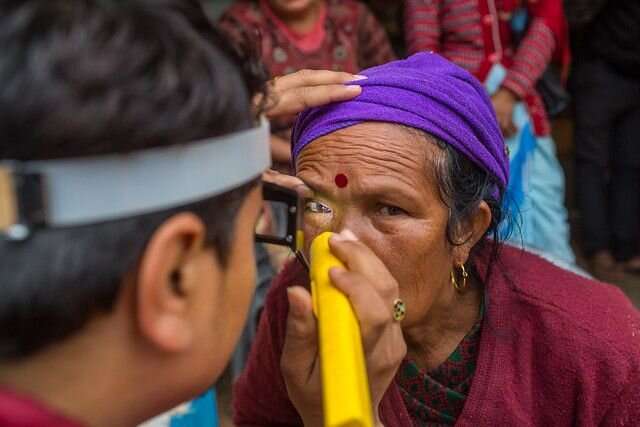 The global health community is working to eliminate trachoma, a bacterial disease that causes blindness. Researchers reporting in PLOS Neglected Tropical Diseases have analyzed the costs of surveys that must track trachoma levels as part of these elimination efforts.

In the new work, Rachel Stelmach of RTI International, USA, and colleagues studied the financial costs to the national program of TSS and TIS in 11 countries from 2012 to 2018. Cost data was available for surveys supported by the ENVISION project funded by the US Agency for International Development (USAID) and led by RTI International. Financial costs of TT-only surveys in Cameroon, Tanzania, Uganda and Nepal were also included. Only incremental costs were studied— costs that would have been incurred to the national program anyway were not included, nor were economic costs or costs to society such as the value of subjects’ time.

The researchers were able to gather data on 228 TIS and 94 TSS, or 322 surveys in total. The surveys cost a median of $8,298 USD (IQR: $6,532 – $10,111) and did not differ significantly by survey type, data source, or years of implementation, though the authors found evidence of economies of scale from implementing surveys in a single year. Survey fieldwork accounted for a majority (80%) of costs, with training accounting for the next largest proportion of costs (13%). TT-only surveys appeared to cost about the same or slightly more than TIS and TSS in the same country. Cost differences between countries were mostly driven by how much it costs to pay surveyors and transport them to survey sites.

The World Health Organization requires that countries conduct trachoma impact surveys (TIS) to see whether a district has reached prevalence benchmarks that allow them to stop population-level prevention interventions, as well as trachoma surveillance surveys (TSS) to later ensure that trachoma has remained at bay.

“Costing studies like this one provide crucial planning data as countries advance toward the elimination of trachoma as a public health problem,” the researchers say.