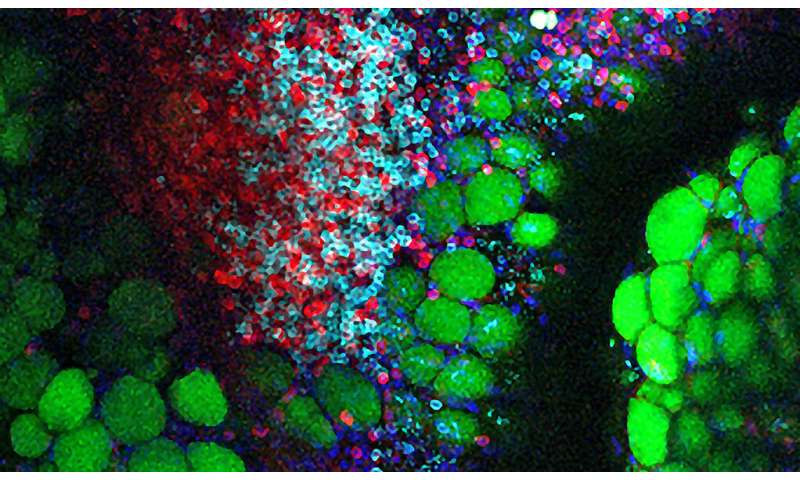 A study by researchers at Yale has uncovered why belly fat surrounding organs increases as people age, a finding that could offer new treatment possibilities for improving metabolic health, thereby reducing the likelihood for diseases like diabetes and atherosclerosis that stem from inflammation.

Led by Dr. Vishwa Deep Dixit, the Waldemar Von Zedtwitz Professor of Comparative Medicine and of Immunobiology, the study was published Nov. 14 in Cell Metabolism.

Previous work found that as people age, their body’s ability to generate energy by burning belly fat is reduced. Consequently, fat that surrounds the internal organs increases in the elderly. Dixit’s lab had found that the immune cells necessary to the fat-burning process, called macrophages, were still active but their overall numbers declined as belly fat increased with aging.

When they are working correctly, Dixit said, some B cells expand as needed to protect the body from infection, and then contract to baseline. But with aging, they don’t contract in belly fat.

“This predisposes an animal to diabetes and metabolic dysfunction like inability to burn fat,” he said. Dixit theorizes that this ongoing expansion may be due to increased human life expectancy—a pushing of the body’s cells beyond their evolutionary limits. “Several mechanisms in the body are not selected for longevity,” he said.

Researchers discovered that adipose B cells expand by receiving signals from nearby macrophages. Relatedly, they found that by reducing the macrophage signal and by removing adipose B cells, they could reverse the expansion process, and protect against age-induced decline in metabolic health.

This could lead to exciting possibilities for repurposing drugs to target these dysfunctional adipose B cells for improved health outcomes and to protect against metabolic disease, Dixit said. One drug, called cytokine IL-1B, reduces one of the small proteins driving this process and is currently used to protect against heart disease. “It’s important to study whether reducing this cytokine in the elderly can lower B cell expansion in belly fat,” Dixit said.

Children’s pester power may contribute to improvements in their family’s food environments. A new study…