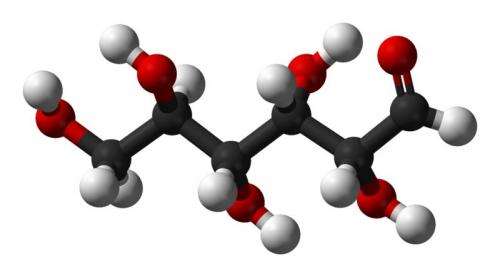 Many diabetes patients do not only have problems with their insulin, but also with the release of the hormone glucagon. Researchers at Uppsala University have now discovered a regulation mechanism which could provide an opportunity to improve blood glucose control in these patients. The research is published in the journal Diabetologia.

The hormone glucagon, which is released from alpha cells in the pancreas, plays a vital role in blood glucose regulation. The release of glucagon is normally inhibited when the blood glucose concentration increases after a meal, and when the glucose concentration eventually drops, the alpha cells resume the secretion of glucagon, which in turn stimulates the liver to release glucose into the blood. This mechanism prevents the blood glucose from reaching dangerously low levels between meals and during starvation.

In many ways glucagon acts opposite to the better-known hormone insulin, which lowers blood glucose and which is released in insufficient amounts in diabetes. However, many diabetes patients also show disturbed glucagon release. Accordingly, glucagon is often stimulated after a meal, which aggravates the patients’ already high blood glucose levels. On the other hand, there is insufficient release of glucagon when blood glucose drops to low levels, which can be life-threatening in insulin-treated diabetes patients.

Despite the essential functions of glucagon little is known about how blood glucose controls the release of the hormone. By utilizing advanced microscopy techniques to measure different signalling molecules in alpha cells, researchers at Uppsala university have discovered a new regulatory mechanism.

The release of almost all hormones is triggered when the concentration of calcium ions increases beneath the cell membrane. In alpha cells, however, the calcium levels are already increased irrespective of whether the glucose concentration is low or high. So even if calcium is required for glucagon to be released, it seems that another signal is controlling how much of the hormone is secreted.

When the researchers measured the signalling molecule cyclic adenosine monophosphate (cAMP), which by itself cannot trigger hormone release but which amplifies the effects of calcium, it was discovered that glucose influences the cAMP levels in a manner that correspond to glucagon secretion.