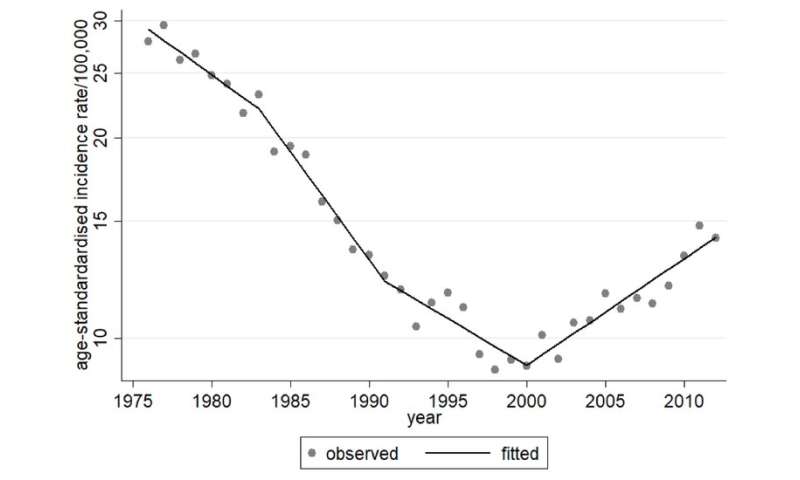 Cervical cancer rates can be greatly reduced through preventive measures against the human papillomavirus (HPV) along with proactive cancer screening. Japan may be showing how ignoring that knowledge could prove hazardous, as it is the only advanced economy in which the cervical cancer rate is increasing. New research adds further nuance to this situation.

Researchers centered at Osaka University examined 1976–2012 data on over 50,000 cervical and related cancer cases extracted from the Osaka Cancer Registry. They reported their findings in the journal Cancer Research.

“The Osaka Cancer Registry gives us especially valuable insight on cancer trends because it’s a large and accurately recorded cohort,” study co-author Yutaka Ueda says. “Osaka Prefecture accounts for about 10% of Japan’s population, so the data are quite representative of the country.”

The researchers retroactively classified the cases by stage, age group, diagnosis period, and histological type using multiple imputation, a reliable method for estimating missing values to yield more-comprehensive data. They then calculated the age-adjusted (equal to those in a normally distributed population) incidence rates, and 5- and 10-year survival rates.

They found that, from 1976 to 2000, Japan’s age-adjusted rate of cervical cancer dropped profoundly. However, in the 21st century, it reversed course and started climbing. Japan’s cervical cancer screening rate is a very low 40%, and although HPV vaccination was introduced in 2009, after just 4 years the government had stopped recommending it amid reports of supposed adverse events. Nevertheless, cervical cancer survival rates have mostly risen, thanks to more-effective treatment. 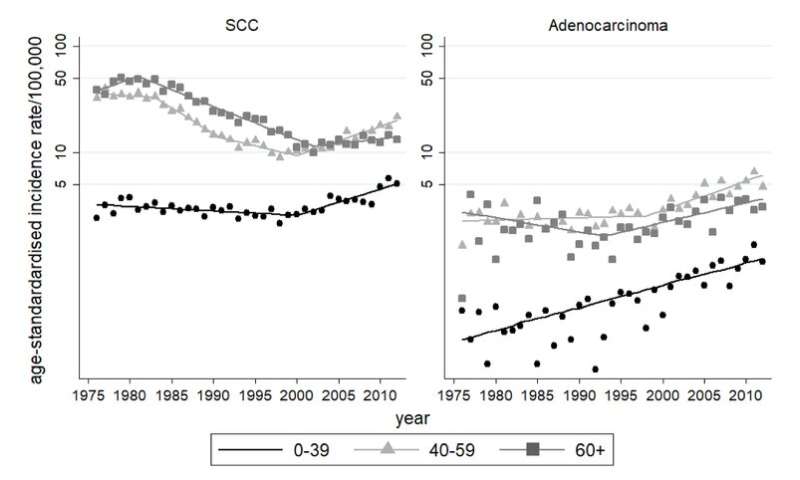 The current findings are somewhat confounding, as the rising survival rates offset the increasing incidence. These survival rates likely owe to the success of concurrent chemotherapy and radiation therapy (CCRT) in place of radiation alone, and the official recommendation of CCRT’s use.

Additionally, and very interestingly, the researchers noted that age may negatively correlate with radiation therapy resistance. Predictably, younger people had better overall survival rates, but for localized cervical cancers, which are commonly treated with surgery or radiation, older people (60 years and above) had better survival rates than younger individuals (40–59 years) when undergoing radiation.

“Increased survival rates are certainly a good sign, yet the increasing age-adjusted incidence is concerning,” study lead author Asami Yagi says. “The finding that radiation may be less-effective in younger patients with localized cervical cancer is surprising, but could prove useful. Our results should serve as a strong indicator that better preventive measures are needed, and these results can also provide guidance on treatment choices.” 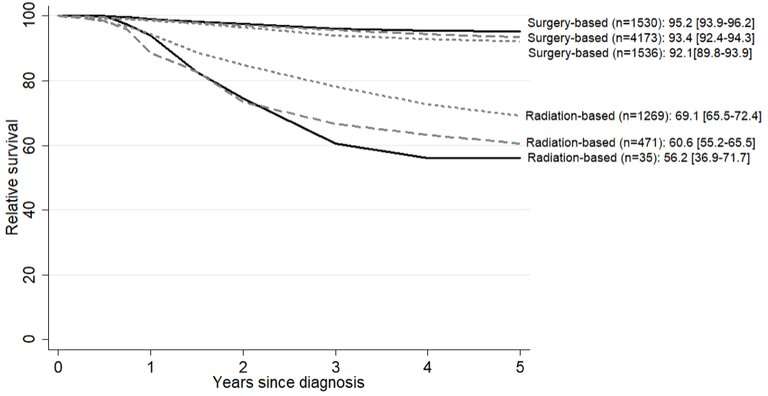