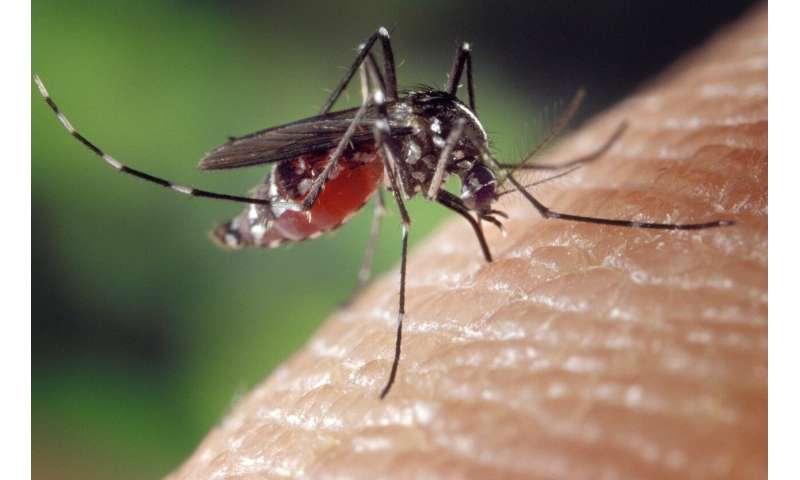 Researchers from LSTM, working alongside colleagues from the Wellcome Sanger Institute, Cambridge and the Big Data Institute, University of Oxford, have used whole genome sequencing to understand copy-number variants (CNVs) in malaria mosquitoes and their role in insecticide resistance.

Many diseases, such as malaria, Zika and Dengue, are transmitted by mosquitoes, making control of mosquito populations a cornerstone of efforts to tackle these diseases. This is usually achieved through the use of insecticides, traditionally to great effect. Dr. Eric Lucas, first author on a paper published in the journal Genome Research, explained: “Cases of malaria have been greatly reduced in the last 20 years, primarily due to improved vector control. These efforts are however threatened by the evolution of resistance to insecticides in many medically-important mosquito species. To better understand and address insecticide resistance, we need to understand the genetic mutations that cause it, but only a few mutations have so far been discovered.”

In order to better understand the evolution of resistance, LSTM along with collaborators at the University of Oxford and the Wellcome Sanger Institute, are sequencing the genomes of thousands of individuals of the main malaria mosquito, Anopheles gambiae, from across Sub-Saharan Africa as part of a project called the An. gambiae 1000 Genomes project (Ag1000G).

One type of mutation that could lead to increased insecticide resistance is the gain of extra copies of genes that help to break down the insecticide in the mosquito body, yet there has been little research into such copy-number variants (CNVs) in malaria mosquitoes. For this work, the team used the Ag1000G data to look for increases in copy-number in An. gambiae and found that CNVs were much more likely to occur in genes that play a role in insecticide resistance than in the rest of the genome. “These resistance-associated CNVs were found in nearly every population in our study,” continued Dr. Lucas, “and over 90% of mosquitoes had increases in copy-number in some populations. Overall, in the five genetic regions known to be associated with the detoxification of insecticides in An. gambiae, we found a total of 44 different CNVs. The repeated origins of increased copy-number in the same genes, suggest that this type of mutation is relatively frequent and could provide a means of rapid evolutionary response to insecticide for the mosquitoes.”