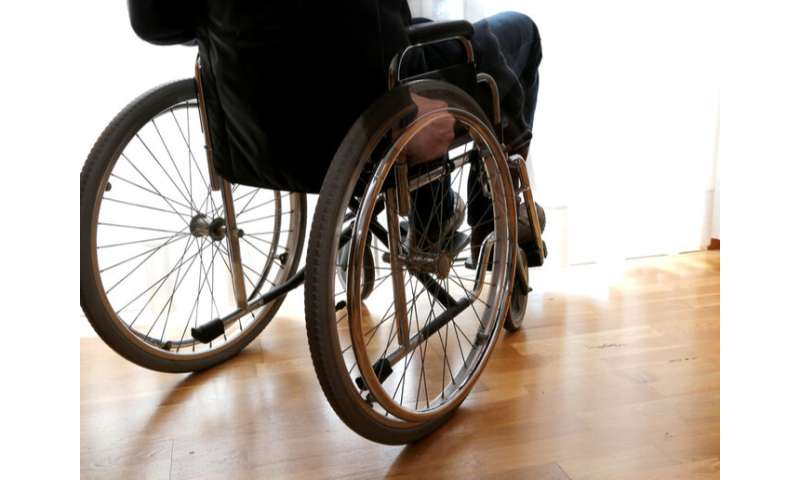 Remember the Ice Bucket Challenge? The social media campaign that had everyone from celebrities to politicians dumping buckets of icy water over their heads? Behind the viral videos that saturated our social media feeds was an effort to promote research on ALS, like that being conducted by the EU-funded ExItALS project.

What is amyotrophic lateral sclerosis?

Basso: As the disease spreads, motor neurons, those that control specific muscle movements, begin to degenerate, causing the individual to initially experience difficulties swallowing or performing fine motor movements. Gradually, all muscles under voluntary control are affected, causing the individual to lose the ability to speak, eat, move, and even breathe. Thus, most people with ALS die of respiratory failure, typically within three to five years of when they first start experiencing symptoms.

What does the ExItALS project aim to accomplish?

Quattrone: There is no cure for ALS, so our focus is on trying to determine what causes the disease to spread. If we know this, then we can begin developing strategies for stopping it from spreading.

Do you have any indication of what may be behind the disease’s ability to spread so rapidly?

Basso: Motor neurons are supported by glia cells, accessory cells that have been shown to play an important role in the progression of ALS. One of the ways in which glia cells and neurons communicate is through nanoparticles called extracellular vesicles, or EVs. Extracellular vesicles are small pieces of cells that can be formed in various ways and that are released by the cells constitutively, with the rate of their release increasing due to certain stimuli. To illustrate, EVs can be pictured as many little space shuttles being launched from the Space Centre, in this case the cell, to reach and then orbit neighbouring planets.

Quattrone: These EVs are loaded with proteins RNA and metabolites that reflect the content of the cell’s origin. Because EVs are both absorbed by neighbouring cells and able to travel to the periphery of the body (i.e. every system outside the central nervous system) we can use them as biomarkers – a measurable substance whose presence is indicative of some phenomena such as diseases. Identifying the EV content that breeds toxicity would allow us to better understand how ALS is spread and possibly short-list the disease’s biomarkers.

What have been the most important results that the project has achieved thus far?

Quattrone: Perhaps the most important result is the project’s ability to generate new ideas and cross-institutional collaboration. For example, due to our collaboration with Manuela Basso, we were able to purify EVs from cells to tissues derived from controlled and disease conditions using a novel and high-performance technique. This is a clear example of the essential role that collaboration plays in scientific research.

Basso: Together, we successfully characterised the genomic and proteomic content of these vesicles and are now setting up new methods to determine which of these EV components cause toxicity. At the same time, we analysed EVs in the plasma of both ALS patients and controls (patients with healthy, neuropathic and muscle dystrophy). From this, we have detected a unique profile for ALS, the results of which will be reported in an upcoming study.

During your research, did you have to overcome any unexpected challenges?

Basso: The biggest challenge we faced was finding a purification method that could be used rapidly and efficiently, and that was also reproducible and pure. But even here we benefited from collaboration, as another research group at CIBIO happened to have such a method. We were able to compare their method to existing ones and then subsequently validate it using a large cohort of samples.

What are you most proud of?

Quattrone: In just a matter of months, we set up a pipeline of experiments that provided us with the opportunity to study the mechanism of intercellular communication using both in vitro and in vivo ALS models. We were then able to validate the data from these experiments against the samples derived from actual patients. From this, we could better understand how cells communicate with each other via nano-messages and how this communication influences cell performance and well-being.

Although we still do not understand the nature of these nano-messages, thanks to projects like ExltALS, we are now that much closer to being able to decode them.

Could you go into detail on what you mean by nano-messages?

Quattrone: If an EV originates from sick cells, such as motor neurons that are degenerating or glia that are no longer providing support to neurons, they will contain molecules that reflect this damage and thus propagate the malfunctioning. The fact that we can analyse the EVs released by a sick spinal cord in the plasma helps us capture the message from the spinal cord without having to conduct a lumbar puncture, which can be very painful and invasive for a patient affected by a neurodegenerative condition. Furthermore, we are exploring the possibility that the content of the EVs can be used as a biomarker to diagnose the disease in its early phases.