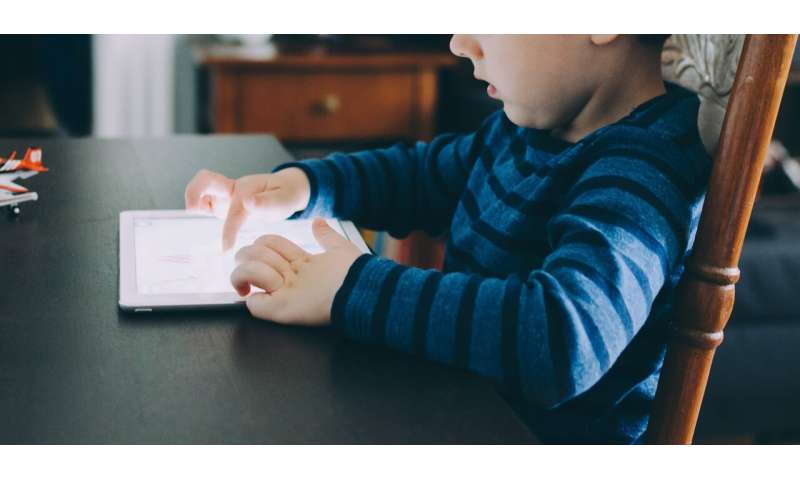 Leroy Rivera is a 34-year-old father living in The Bronx, New York, with his wife and two children, who are 13 and 2. They have both set screen time rules for their children because they recognize the negative effects it might have on the long run.

“If you have social media, and you see people doing things differently than you are, there’s going to be a mental effect because you’re always going to compare yourself,” Rivera told U.S. TODAY.

The fear of screen dependence getting out of control is echoed across America. A recent Pew Research Center survey shows that over 71% of parents in the U.S. with children under the age of 12 said they are concerned their child is spending too much time in front of a screen.

Our new reality, with many schools across the country shifting to beginning the academic year with remote learning, is that children will be continuing to spend more time with technology—for work, play and basic interaction.

Pandemic life has meant, for many, school via Zoom, FaceTime playdates and so much more gaming. And all of that time staring at screens has many parents wondering: What will the lasting effects of this era be?

“It’s a 24/7 endeavor from the minute they wake up to the minute they fall asleep,” said Adina Kalish, a mother with two teenage daughters, 14 and 17, she says are addicted to their phones. “If it’s not managed correctly from the get-go, it can get out of control.”

Two recent reports released this week—one based on a survey from Pew and another Common Sense Media—honed in on that issue. Navigating the typical ups and downs of raising kids under the weight of coronavirus-related restrictions has left many in uncharted territory, with two-thirds of parents with at least one child under 18 said parenting is harder today than it was 20 years ago, the Pew survey found.

But, really, is screen time all bad?

As noted by Common Sense’s report on the mental health impacts of technology on young people, that very technology can also be a safety net for teens for those who have access to it, for instance.

“Impacts of digital technology are likely to vary widely between adolescents; those who are vulnerable due to existing mental health problems or household circumstances may be both at heightened risk and have the most to gain from positive and equitable access to the online world,” the Common Sense report reads.

Michael Robb, a co-author of the Common Sense report, told U.S. TODAY that the pandemic exacerbated the inequalities that exist in the usage of digital technologies in America.

“Many of our most vulnerable adolescents, especially those who are Black, Latinx or from lower-income households, are unable to reliably access or receive support in digital spaces,” Robb told U.S. TODAY.

Robb echoes the findings of The Pew Research Center, in which the results also vary among demographics. Half of Black parents and 40% of Hispanic parents surveyed say their child age 11 or younger who watches YouTube videos does so several times a day, compared with 29% of white parents.

(And note that the Pew survey was conducted in early March, before many of the stay-at-home orders and school closures across the country really took effect, leaving America’s children much more screen-dependent for education, entertainment and even basic human connection.)

For John Calderon, in Bayamón, Puerto Rico, excessive screen time is negatively affecting the way his 19- and 15-year-old children interact with others now that they prefer the screen over a conversation. However, Calderon says that he’s seen an improvement on the ways it can help his children learn.

“The world is so much smaller now,” Calderon told U.S. TODAY. “Because of this technology, my kids are now exposed to other cultures and can learn from them.”

For the Rivera family, technology has served as a safety net for their daughter during COVID-19.