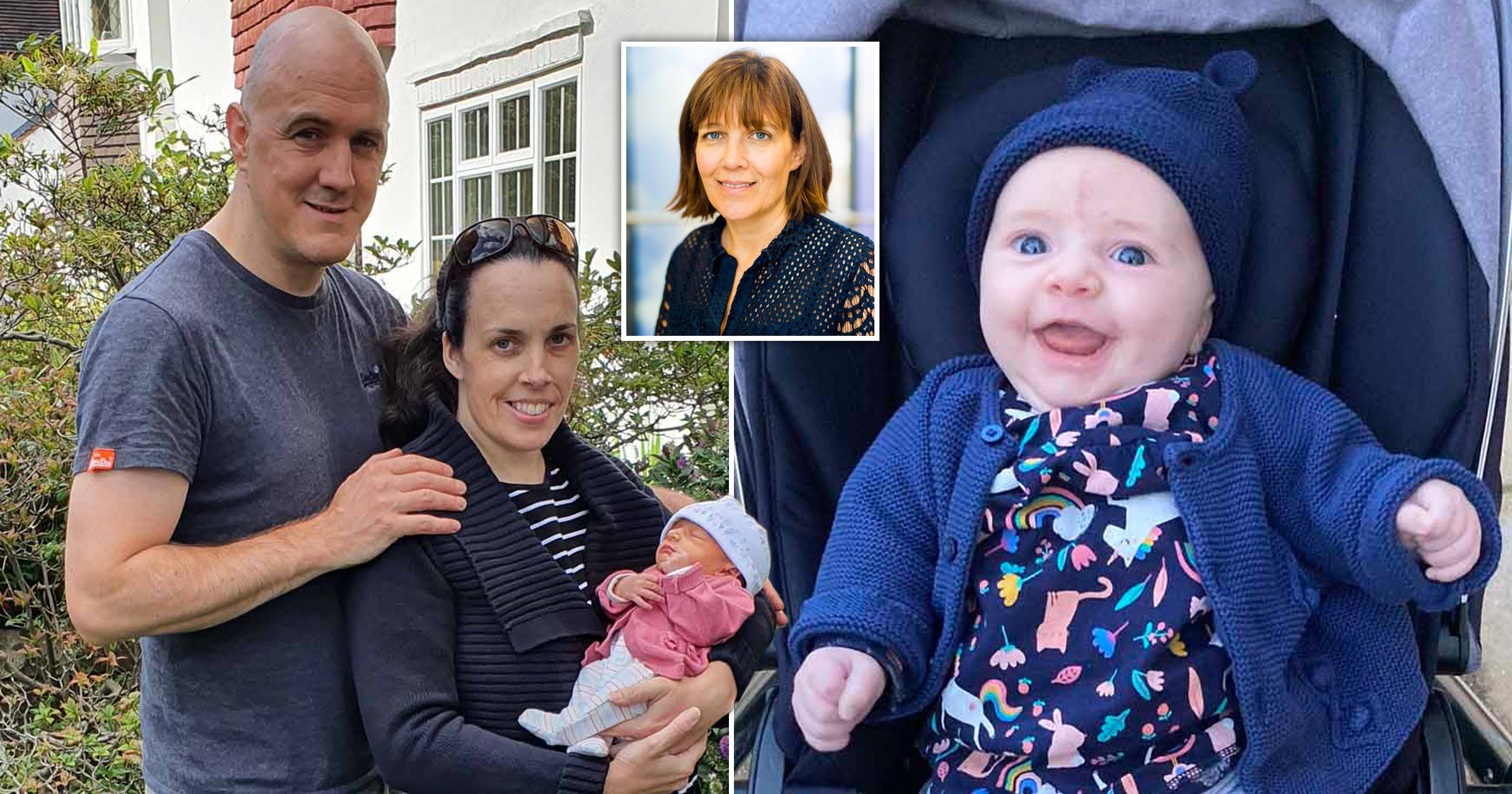 A woman has welcomed a miracle baby at 39 after having her cervix removed, due to cancer.

The marathon runner – who received fertility treatment following her cancer surgery – has also named the new arrival after her IVF doctor.

Emma Davis first noticed something was wrong in April 2013 – just after the London Marathon – when abnormal bleeding prompted her to see a GP.

The 31-year-old (at the time) had missed her routine smear test and was also experiencing back pain, weight loss, abnormal discharge and bleeding after sex.

Emma, a children’s services officer for the council, was later diagnosed with cervical cancer and needed surgery to remove her cervix and lymph nodes.

She said: ‘I had a biopsy, which revealed I did have cervical cancer and in August I had surgery to remove it.

‘It wasn’t a surprise as I had symptoms. But it isn’t nice to hear you’ve got cancer at the age of 31.

‘I never thought it would happen to me, but I remembered the story of Jade Goody, the reality TV star who died at 27 with cervical cancer, as it had been in the news and she was so young.

‘I didn’t know anybody my age who had cancer but, because of her, I was aware that type of cancer did happen to young women.’

Knowing she wanted a family, Emma looked to do all she could to protect her fertility.

For her condition, chemotherapy and radiotherapy were not required, so she didn’t need to freeze her eggs. However, there was a chance Emma’s aggressive cancer could return within five years.

‘I went on to have two scares in that period, but luckily it didn’t return,’ she adds.

In 2017, Emma and her husband Rob were ready to begin their family. But after two years with no success, the couple turned to IVF.

Emma adds: ‘We do think our difficulty conceiving was linked, as blood tests found nothing else wrong with me or Rob.

‘I had scar tissue on my cervix, which our specialist said could have prevented us from falling pregnant.

‘I also developed endometriosis – where tissue similar to the lining of the womb starts to grow in other places and which can affect fertility – as a result of the cancer surgery.’

After one round of IVF on the NHS, at Guys and St Thomas’ Hospital in London, the pair fell pregnant in October 2020 – and baby Willow Grace was born at 39 weeks.

Overwhelmed with gratitude, the couple wanted to choose a baby name to honour the doctors on their journey.

Emma said: ‘The whole team were so calm and professional, yet so friendly, understanding and supportive. We have been blown away by this positive experience.’

Now Emma and Rob are settling into life with their new arrival.

Speaking about Willow, the new mum adds: ‘She is a smiley, chatty, active and alert baby who already keeps us on our toes and brings us so much joy.

‘We look at her each day as we’re cuddling her and feel very fortunate, emotional and truly blessed that she is ours and here with us.

‘We’re looking forward to her first Christmas and birthday already.

‘We can’t wait to spend the rest of our lives creating memories with her and watching her learn and grow.’