A 22-year-old United Kingdom woman whose leg was injured during a kayaking accident recently made the decision to have her limb amputated after suffering from a rare chronic pain condition for years.

Helena Stone, 22, of north London, was involved in a kayaking accident roughly six years ago. Following the incident, she developed a chronic pain condition known as complex regional pain syndrome or CRPS.

CPRS, according to the Mayo Clinic, is a “form of chronic pain that usually affects an arm or leg.” The rare condition typically develops following surgery, stroke, heart attack or other injuries — but the cause is not yet well understood.

The condition is dubbed the “suicide disease,” as those who suffer from it have been known to take their own life in a desperate attempt to find relief. In fact, researchers in a 2014 study determined more than 70 percent of participants with CRPS were considered to be "high risk” for suicide. 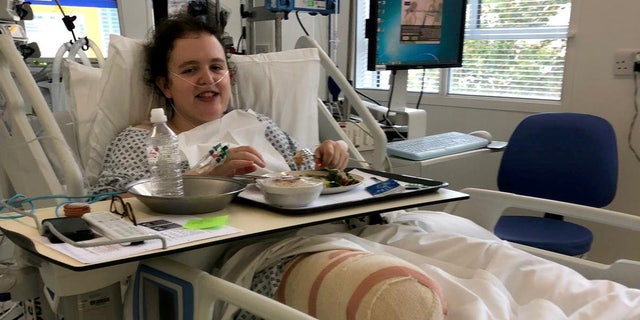 Helena’s Stone in hospital after the amputation.
(SWNS)

“My foot got caught in the water and my leg got pulled,” Stone told SWNS of the accident, which occurred when she was 16. Though she says she was treated by a doctor, “the pain never went away,” she said. She was required to use crutches for a period of time.

Over the years, Stone claims she tried different forms of treatment – spinal injections, physiotherapy, and psychotherapy – but nothing worked.

“It was like someone had tied a burning barbed wire around my leg and pulled it tight. It was so overwhelming,” she said of the pain.

“I would always have a baseline level of pain, but anything could trigger it to become unbearable. It wasn’t just a simple knock or bash. Changes in air pressure could set it off,” she continued. “People didn’t want to sit next to me in case they brushed it. I couldn’t even have a shower without breaking down.”

In January, a “desperate” Stone said she first began to contemplate having her leg amputated.

“You get to a point where you’re so desperate. You just think, how much worse can it get? It was worth taking that risk,” she said of her choice. 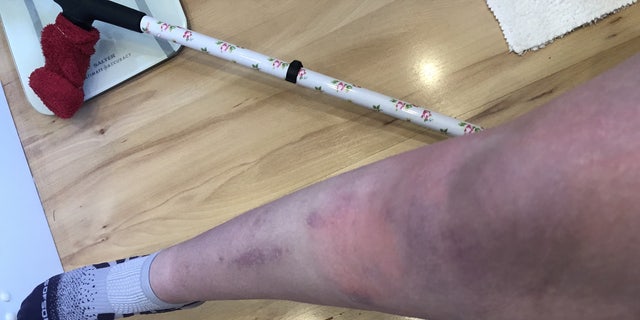 “It was also a mental health decision. I wouldn’t say I was suicidal but I had days or weeks where I just couldn’t be bothered,” she added.

On Sept. 3, Stone’s right leg was removed at  Princess Grace Hospital Marylebone. The surgery was successful and Stone claims she does not have any more pain.

“It [has] been amazing. It’s the dream scenario. I was telling the doctors the nerve pain was gone,” she said.  “Any question they asked me, I kept saying the CRPS was gone. I was so overwhelmed, I couldn’t say anything else.”

The 22-year-old will soon be fitted for a prosthetic.

“I just can’t wait to start running and kayaking again,” she said.

“The accident hasn’t changed how I see kayaking. It’s a big part of my identity and I still love it,” she added.

GIRL, 3, DIES OF RARE CANCER AFTER DOCTORS DIAGNOSED HER WITH CONSTIPATION: 'SHE DIED IN MY ARMS'

Though Stone feels relieved by her choice, she cautions others with CRPS to be thoughtful before making the choice to amputate.

"If you are considering amputation, that’s completely normal, but don’t underestimate the magnitude of the decision. I wouldn’t want someone to look at me, who’s fine now, and make the decision to lose their limb,” she said.

Amputation for the condition is controversial and is typically used as a last resort, according to a 2015 study published in the Ochsner Journal. Though there is no cure, patients with CRPS can sometimes enter remission, per the Mayo Clinic.