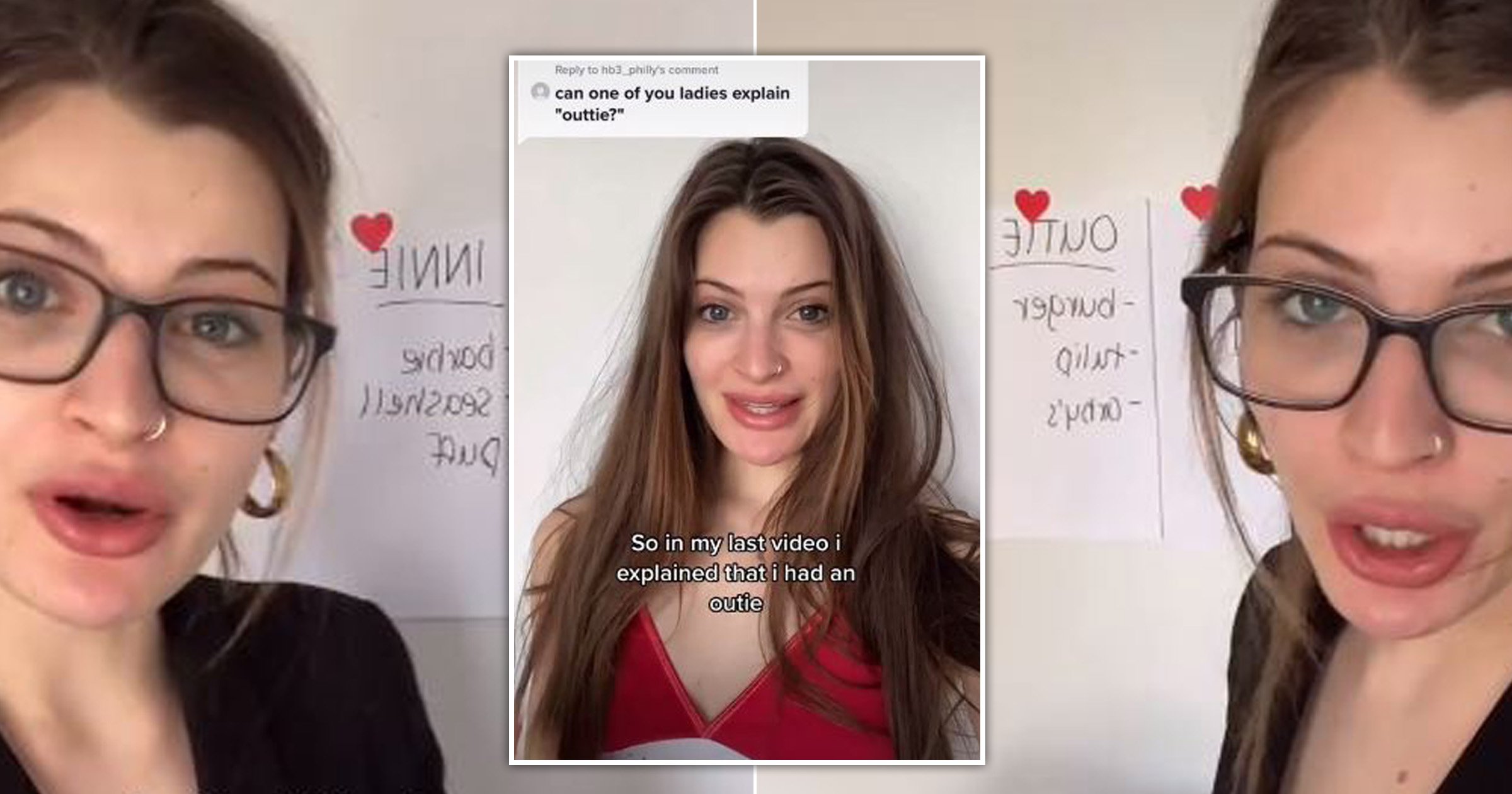 Vaginas are still such a mystery for so many – even for people who have one.

There is stigma, taboo and even shame attached to the female genitalia, and a lot of pressure for the vulva to look a certain way. But vaginas aren’t supposed to look the same, and every one is unique and beautiful in its own way,

This viral TikTok video has explained a key feature of vaginas that is rarely talked about – and confirms that it is completely normal for labia to look different.

The video posted by Gabriella – @gabygabss on TikTok – explains the difference between an ‘innie’ and an ‘outie’ labia.

‘Are you ready for your anatomy lesson today?’ she begins. ‘It’s hard to separate the cooter into only two categories, but we will be categorising them as “innies” and “outies” today.

‘So you have your outer labia and your inner labia, right?

Gabriella says she has an outie: ‘My inner parts protrude a little more than my outward parts.

Gabriella adds that sadly, outies tend to get a ‘bad rep’, and are given unflattering nicknames such as ‘burger’ ‘beef sandwich’, or you might be familiar with the charming phrase ‘meat wallet’.

But Gabriella is having none of this. She says that you shouldn’t be made to feel bad about your vagina, and that she is proud of her ‘outie’.

‘But every panini is beautiful,’ she says. ‘And I’ve only ever had compliments on my lil Arby’s roast beef.’

It seems her simple message has resonated, and the video has racked up thousands of comments so far.

One TikTok user said, ‘I literally cried my eyes [out] and wanted to get surgery when I was a teenager because of the hate for outies. We really gotta tell teens more that it’s ok!’

‘I used to try tuck mine in a lil bit until I got older and embraced my outie. Ladies our bodies are beautiful!’ added another.

Someone else said: ‘Who here has both? Like one half is an innie and the other half is an outie.’

The TikTok has sparked an incredibly important conversation – and Tania Adib, resident Gynaecologist at Callaly, says we all need to be better at talking about our vaginas.

‘We’re all so inhibited in talking about our genitalia,’ Tania tells Metro.co.uk. ‘Even saying the words vagina and vulva can make people titter.

‘Anything we can do through these kinds of videos to change the narrative and spread the message that we all look different, because we do, just like any other part of the body and that is OK.’

Tania adds that there are so many variations in labia and how we look and all of them are normal.

‘No one should ever feel that the way they look is wrong,’ she says.

‘In my practice I have seen many young women in particular who are super conscious about how they look and how their labias feel.

Do you have a story to share? We want to hear from you.

Get in touch: [email protected]