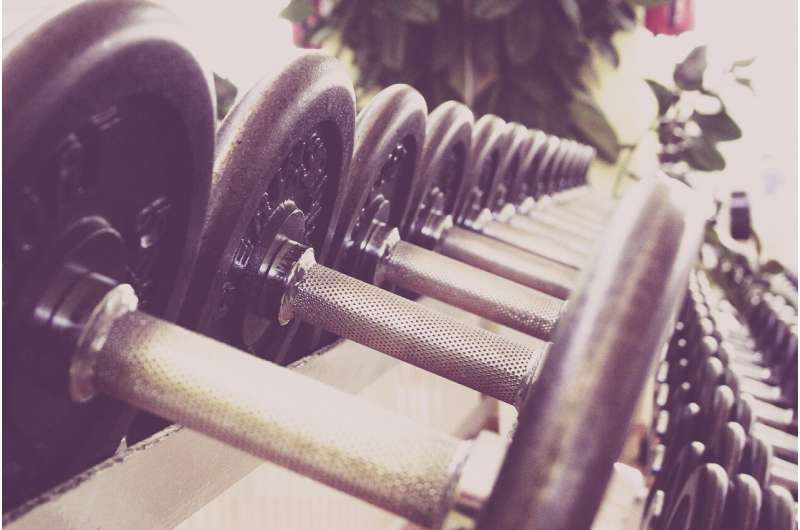 People receiving treatment for cancer are known to feel better with physical training. But does it make any difference how vigorously they exercise? A new study by researchers at Uppsala University shows that whether the training is intensive or rather less strenuous, its effect is roughly the same. The results are published in the Scandinavian Journal of Medicine and Science in Sports.

Physical activity and training during cancer therapy improve physical and mental health, and may also reduce the most common side effects of the treatment. This has been confirmed in several international studies. Many patients suffer from cancer-related fatigue, and both resistance and endurance training are known to lessen fatigue.

On the other hand, whether the intensity of the training is of any significance has yet to be clarified. Nor has it been ascertained whether extra support in the form of goal-setting, planning and self-monitoring of exercise brings improved results. To answer these questions, a randomized, controlled study known as Phys-Can (Physical training and Cancer) was implemented at the Universities of Uppsala, Linköping and Lund.

A total of 577 participants aged 30–84, recently diagnosed with breast, prostate or colorectal cancer, were randomized to undergo resistance and endurance training at either high or low-to-moderate intensity. In addition, half were randomly assigned to receive extra support in their training.

After completion of the training, the two groups displayed differences. The group that had undergone high-intensity training suffered from somewhat less physical fatigue. They also had superior leg-muscle strength and slightly better fitness than the low-to-moderate intensity group. Regarding the extra support provided in the course of the training, no difference was found between the groups at follow-up. Accordingly, the additional support seems to have had no effect, given that the arrangements already entailed a great deal of support: thorough training instructions, a heart-rate monitor and instructor-led group training with other participants in a similar situation, for example.

“The conclusions we draw from the study are, first, that whether the training is of high or low-to-medium intensity doesn’t seem to matter much. The groups’ results didn’t differ in a clinically relevant way—that is, there was no difference likely to make a difference in the patients’ everyday life,” says Ingrid Demmelmaier, associate professor of physiotherapy at Uppsala University.