I've been a technology journalist for nearly 20 years and a tech devotee even longer. Over that time, I've been obsessed with how the digital experience scrambles how we make sense of the real world. 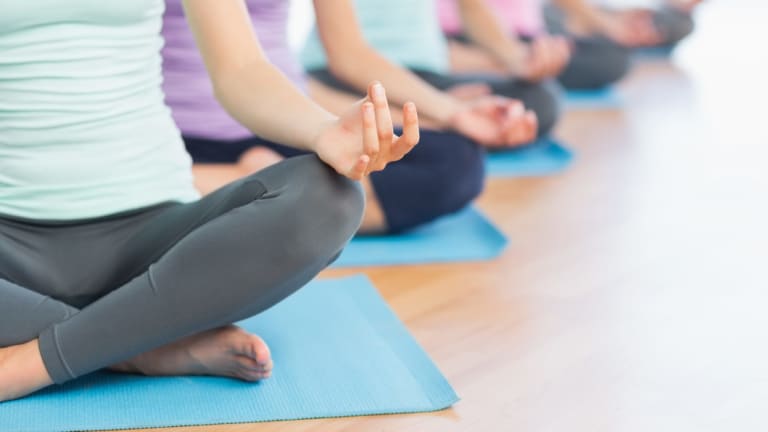 Meditation: The best way I can describe the effect is to liken it to a software upgrade for my brain .Credit:Adam Fulton

Technology may have liberated us from the old gatekeepers, but it also created a culture of choose-your-own-fact niches, elevated conspiracy thinking to the centre of public consciousness and brought the incessant nightmare of high-school-clique drama to every human endeavour.

It also skewed our experience of daily reality. Objectively, the world today is better than ever, but the digital world inevitably makes everyone feel worse. It isn't just the substance of daily news that unmoors you, but also the speed and volume and oversaturated fakery of it all.

A few years ago, I began to fear that the caustic mechanisms of the internet were eating away at my brain, turning me into an embittered, distracted, reflexively cynical churl. Since then, I've done everything I can to detox. I consulted app blockers and screen-time monitors to keep me offline. I even got my news from print newspapers to experience a slower, more deliberate presentation of media.

But there are limits to the supposedly life-changing magic of going offline. Smartphones are as central to the economy as cars and credit cards, and a lot of people have little meaningful opportunity to quit.

And the "offline" world is now ruled by what happens online. Escape is impossible. Whatever lengths you might go to to shield your kid from the dark powers of phones, her social life will still rise and fall according to the inscrutable dynamics of Instagram and Fortnite.

And so, to survive the brain-dissolving internet, I turned to meditation.

Don't roll your eyes. You've heard about the benefits of mindfulness before. Meditation has been rising up the ladder of wellness fads for several years and is now firmly in the zeitgeist.

The fad is backed by reams of scientific research showing the benefits of mindfulness for your physical and mental health — how even short-term stints improve your attention span and your ability to focus, your memory and other cognitive functions.

I knew all of this when I first began meditating a year ago, but I was still surprised at how the practice altered my relationship with the digital world. At first, it wasn't easy: After decades of swimming in the frenetic digital waters, I found that my mind was often too scrambled to accommodate much focus. Sitting calmly, quietly and attempting to sharpen my thoughts on the present moment was excruciating. For a while, I flitted among several meditation books and apps, trying different ways to be mindful without pain.

Then, about four months ago, I brute-forced it: I made meditation part of my morning routine and made myself stick with it. I started with 10 minutes a day, then built up to 15, 20, then 30. Eventually, something clicked, and the benefits became noticeable, and then remarkable.

The best way I can describe the effect is to liken it to a software upgrade for my brain — an update designed to guard against the terrible way the online world takes over your time and your mind.

Now, even without app blockers, I can stay away from mindless online haunts without worrying that I'm missing out. I can better distinguish what's important from what's trivial, and I'm more gracious and empathetic with others online. As far as I know, people are still wrong on the internet, but, amazingly, I don't really care any more.

I can anticipate your excuses. First, this is all very old news: As Buddhists have known forever, meditation is really good for you. And second, it's all a bit too woo-woo – it sounds promising, but you're not one to go full Goop.

Still, I hope you give it a try. I hope everyone does. I'm not promising meditation will fix everything about how the internet has ruined you. But what if it does?