Vitamin B12 deficiency is important to recognise because left untreated, a person can become at increased risk of developing heart and infertility problems and problems linked to their nervous system. The vitamin helps in the production of red blood cells in the body, and a lack of B12 can lead to abnormally large red blood cells that cannot function properly, leading to these complications.

Vitamin B12 can only be obtained externally and is found in its highest concentrations through animal sources, such as meat, fish, dairy and eggs, however fortified cereals are also a readily available source of the nutrient.

While some cases of vitamin B12 deficiency are caused by medical conditions like pernicious anaemia, where the body is unable to absorb the vitamin from foods, many Britons could be at risk of vitamin b12 deficiency with an increase in movement towards vegan and plant-based diets.

Recognising the symptoms of vitamin B12 deficiency can help avoid complications happening.

Anjana Odedra, Head of Medicines Management and Pharmacy Operations at The Hospital Group offered her ‘Symptoms to Spot’ for a potential B12 deficiency.

READ MORE Potassium deficiency symptoms: This sign when you go to the toilet could signal condition 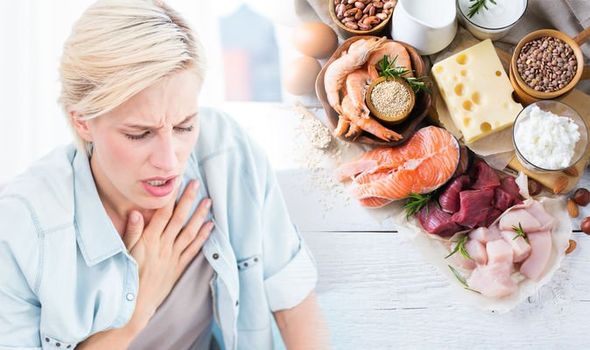 Vitamin B12 deficiency complications which are diet related can also be prevented by making sure you’re eating enough of the vitamin.

To help raise awareness of the condition, The Hospital Group conducted research into which foods have the highest content of vitamin B12 in micrograms, comparing meat, fish, vegetarian and vegan foods.

B12 rich foods to add to your diet 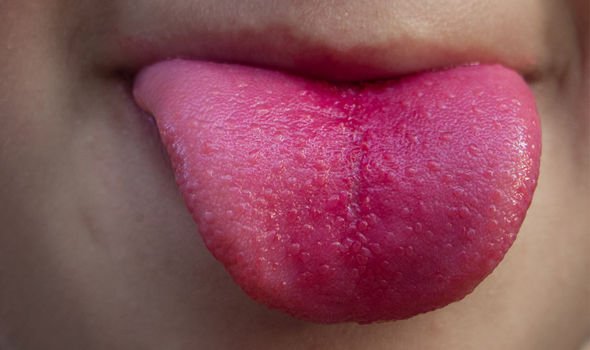 When it comes to vegan foods, The Hospital Group found 18.5 portions of Marmite is the equivalent amount of vitamin B12 in one portion of eggs.

It takes five portions of All Bran to get the equivalent amount of vitamin B12 in one portion of sirloin steak.

Sophie Matthews, Specialist Dietitian from The Hospital Group said: “Only animal derived foods contain vitamin B12 therefore, if you follow a vegan diet you are more likely to become deficient in vitamin B12. The only reliable vegan sources of vitamin B12 come from those foods fortified with this nutrient including some cereals and non dairy milks. Vegans can meet the recommended intake of 1.5 micrograms per day through meal planning and choosing foods fortified with vitamin B12 for example, a fortified cornflake cereal can contain 25 percent of the recommended nutrient intake for vitamin B12.” 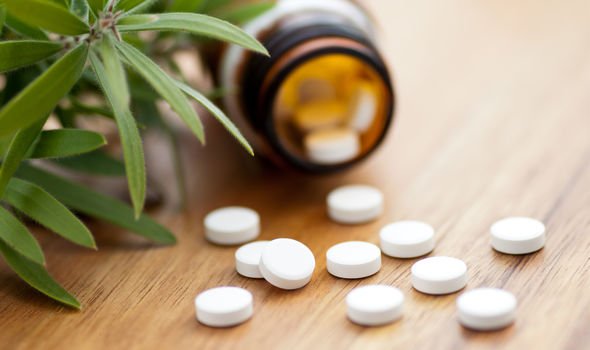 Experts say adults aged 19 to 64 require around 1.5 micrograms a day of vitamin B12, but vegans and vegetarians who consume very little B12 foods may be advised to take a vitamin B12 supplement or to have vitamin B12 injections.

The Department of Health and Social Care advises if you take vitamin B12 supplements, do not take too much as this could be harmful.

Taking 2mg or less a day of vitamin B12 supplements is unlikely to cause any harm.

According to a survey of 1,000 UK adults carried out by weight loss experts from the The Hospital Group, over a third of vegans are worried they don’t consume enough vitamin B12.

A staggering 67 percent of vegetarians and pescatarians were found to be concerned they don’t consume sufficient vitamin B12 from their diets.