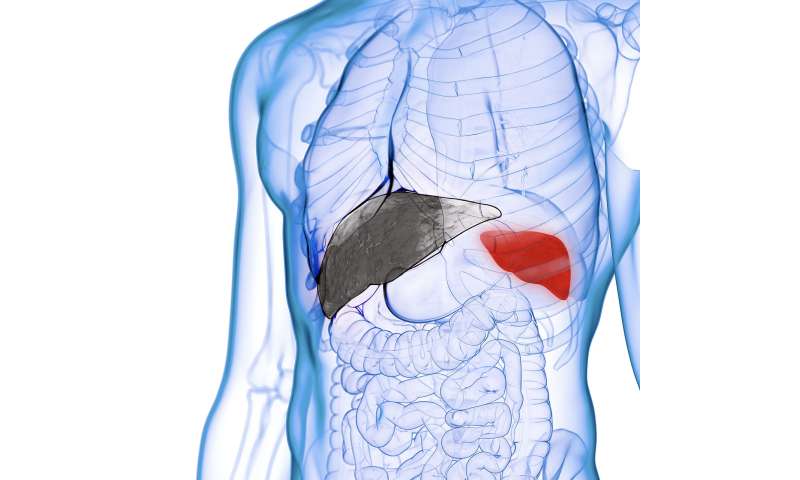 A team of researchers affiliated with several institutions in China has developed a means for coaxing a mouse spleen into behaving like a liver—a possible alternative to transplantation. In their paper published in the journal Science Advances, the group describes their technique and how well it worked with test mice.

Liver disease has become so common in many parts of the world that people in need of a transplant die before one becomes available. Because of that, medical scientists continue to look for other options for treating liver diseases or to replace the organ entirely with something else. In this new effort, that something else was the spleen.

The spleen is an organ in the abdomen that plays a role in producing and removing blood cells, and is therefore considered part of the immune system. But its role is limited, which is why people can live with damaged spleens, or after splenectomy. In this new effort, the researchers developed a means for changing the spleen in test mice to allow it to perform most of the functions of the liver.

The work involved first surgically moving the spleen of each test mouse to a site just under the skin for easier access. Next, they injected the spleen with a biological agent that forced the organ to become larger and stiffer, allowing it to serve as a platform for new cell growth. Once the structures were in place in the mice, the researchers transplanted liver cells into the newly created structures. Different mice received liver cells from different types of donors—some received cells from their own livers, others from another mouse’s liver, and some got human liver cells. The researchers then allowed the cells to grow in the mice for eight weeks. At that time, testing showed that all of the former spleens had changed into liver-like organs. The researchers then removed 90 percent of the liver in each of the mice to see how they would fare. They found that all of the mice with spleen-like organs survived for 48 hours—test mice with reduced livers and no transformed spleens all died. More testing is required before the technique can be tested in humans, but the researchers suggest the option is promising. 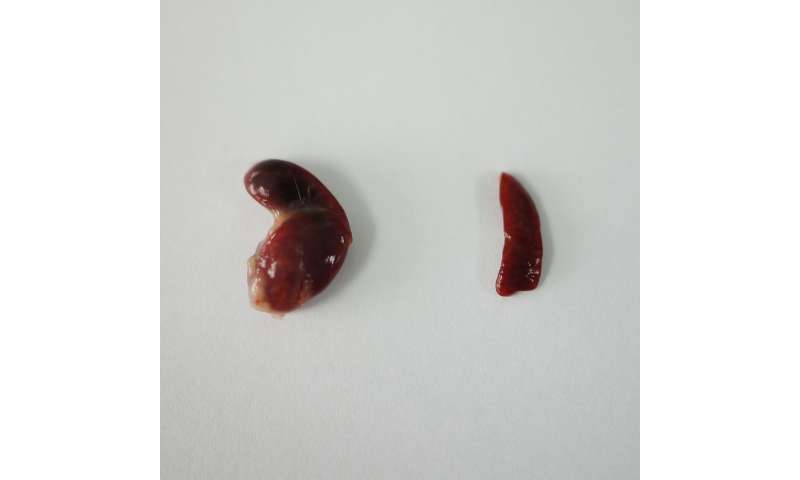