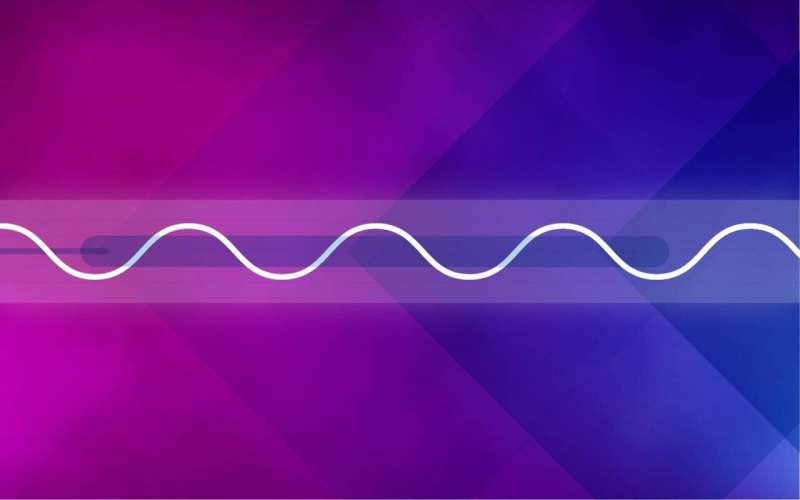 Airway stents are often used when the trachea and bronchi need to be buttressed, as in children and adults with tracheobronchomalacia whose airways become “floppy” and collapse during normal breathing. This condition can occur in conjunction with congenital cardiac anomalies in which the major heart vessels compress the trachea, and with severe, recurrent bronchitis.

But existing airway stents have limitations. Some designs can slide out of place. Some can impede the normal transport of mucus through the airways, leading to mucus plugs. Other designs can become embedded in the tracheal tissue, making them difficult to safely remove. That is a problem for children whose airways are growing and need their stents replaced periodically.

A new airway stent design created in the lab of Pierre Dupont, Ph.D., in Boston Children’s Hospital, in collaboration with cardiac surgeon Aditya Kaza, MD, and his team, may overcome these problems. Described last week in Advanced Functional Materials, this stent doesn’t impede mucus flow, is easy to remove, and can be molded to the patient’s anatomy in real time, creating a snug, custom fit.

“Increased awareness of tracheobronchomalacia among clinicians has resulted in more of these cases being diagnosed,” says Kaza. “A versatile customizable stent would fill an enormous void in the treatment of these complex patients, both pediatric and adult.”

Before coming up with their final prototype, Dupont, Kaza, and colleagues went through a few iterations.

“Initially, we asked, ‘can we come up with an airway stent design that will allow mucus flow and is easily removable?'” says Dupont, who heads the Pediatric Cardiac Bioengineering lab at Boston Children’s.

The initial design was a metal stent in a spiral shape. In animal studies, this design allowed mucus transport. “Also, because of the corkscrew shape, it stays in place with very little sliding,” Dupont says. “And you can unscrew it to remove it without tearing the airway.”

The team will work to commercialize that version with a small business award from the National Institutes of Health. But in the meantime, with research funding from the NIH, they’ve pushed ahead to solve one final problem: fitting a stent to airways that are irregular in shape. 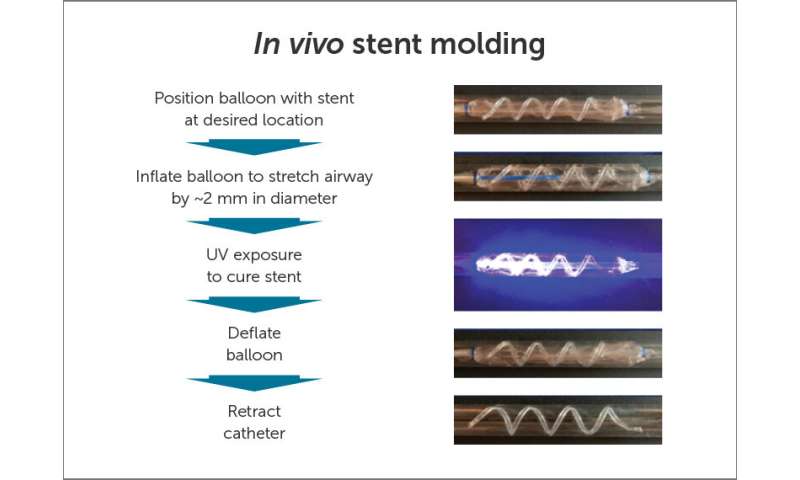 Some surgeons have tried to customize stents for their patients by cobbling several different stents together or inflating balloons to custom-shape the metal. However, that process is difficult and time-consuming, relies heavily on the clinician’s skill, and doesn’t always yield good results. Other researchers have experimented with using 3D printing to make custom stents. But this requires a couple of days’ work. Dupont and Kaza wanted a stent they could customize on the spot.

Their new airway stent keeps the helical design but does away with the metal. Instead, it uses a polymer material that’s soft and flexible, so clinicians can fit it to the dimensions of the airway walls.

“You can accommodate any shape the anatomy takes on,” says Dupont.

In his vision, clinicians would position the stent, inflate an internal balloon to press the stent snugly against the airway walls, and apply UV light to stiffen the stent in place. They would then deflate the balloon and withdraw it.

Dupont, Kaza, and their teams put this approach to the test—in lab models and in animals—and show its potential for quickly stenting collapsed trachea and bronchi. The stent stayed in place in the animals for a week and was easily removed. And experiments showed mucus moving unimpeded through the airways.

“We created tiny Teflon ‘surfboards’ and settled them over the mucus —then saw them moving through the stents,” says Dupont. “They were completely cleared out of the trachea.”

The researchers believe their approach could also be used for other types of medical implants such as inflatable heart valves, stent grafts for treating aortic aneurysms, occlusion devices for the left atrial appendage, and repair of congenital heart defects.