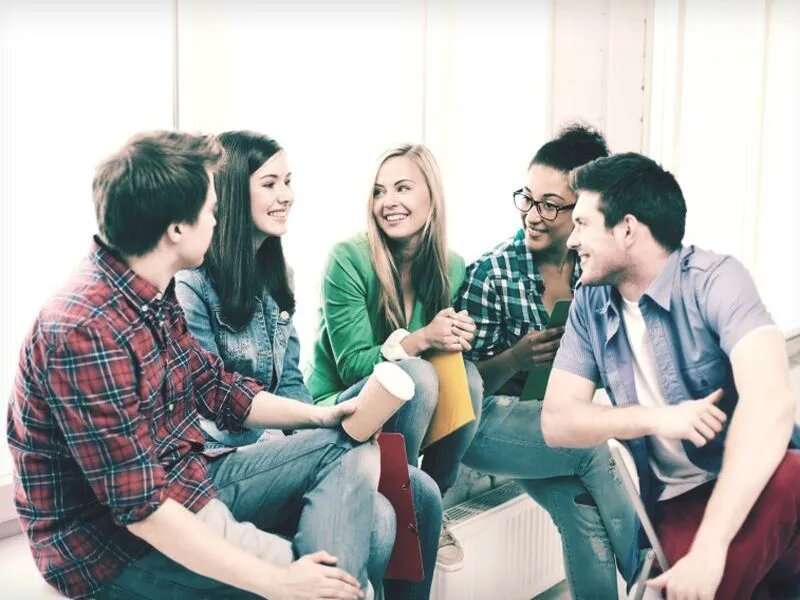 In a world where everyone spends more and more time with eyes fixed on their phones, new research suggests young people feel happier after socializing with friends in person rather than virtually.

The conclusion is an outgrowth of nearly four years spent analyzing how social habits of more than 3,000 college students affected their state of mind.

“The findings of this study suggest that talking to people face to face makes us feel better than texting back and forth, for example,” said James Maddux, senior scholar at the Center for the Advancement of Well-Being in Fairfax, Va., who reviewed the results.

He said it’s important because people are increasingly relying on “media-mediated communication” such as email, texting, Facebook posts and comments at the expense of actually meeting and talking with people. So the findings, Maddux suggested, offer “a deeper and more nuanced understanding of the ways that different types of social interactions affect the well-being of different types of people in different types of situations.”

Led by Lara Kroencke, of the University of Hamburg in Germany, the researchers noted that other studies have consistently shown that people tend to feel better after socializing with others.

What’s not been so clear cut is whether where and how such interactions take place—in person or virtually—makes a difference.

To better explore that question, Kroencke’s team conducted three studies between 2017 and 2020 with students from the University of Texas at Austin.

Researchers chose that age group because of the “intense” socializing that tends to take place during that phase of life. Participants between 18 and 24 years old; 37% were white, 23% were Asian, 23% were Hispanic, nearly 5% were Black, and the rest identified as multiracial.

All completed a questionnaire to assess personality traits such as “agreeableness,” neuroticism, and to what degree someone was outgoing or introverted.

In two studies, participants also completed surveys to gauge the extent to which they felt “content,” “stressed” and/or “lonely.” The third group was similarly asked how “angry,” “worried,” “happy” or “sad” they felt.

Surveys also noted the way in which participants interacted socially—be it in person, by phone, via text or other chat app, via a dating app, by email, on a video call, and/or on various social media platforms. In all, more than 139,000 surveys were completed, covering nearly 88,000 social interactions.

Researchers also asked participants to indicate the type of person they engaged with at any one point in time, ranging from friends and classmates to total strangers.

The result: Students tended to feel best after interacting with others in person or through a mix of in person and virtual, versus entirely by computer or phone.

Interacting only virtually was, however, better for well-being than no interaction at all, the team stressed.

They also found that socializing with close friends brought about a greater overall sense of well-being than engaging with either family or someone a person didn’t know so well.

And those who tended towards high levels of neuroticism were likely to benefit the most from in-person interactions.

“The benefits of face-to-face communication may be especially important for people who are higher in the general tendency to be anxious, depressed or lonely,” Maddux said.

He added that research strongly suggests that depression and general life dissatisfaction among people under age 30 have surged with the proliferation of smartphones.

“This study suggests one possible reason why: that more and more people are replacing talking with people face to face with communicating through gadgets that don’t even require the human voice,” Maddux said.

Having done his own research comparing in person and online socializing, Meshi said that “the idea that in-person interactions are associated with better well-being aligns with much of the work in the field,” including his own.

As to why, Meshi theorized that it may owe to the limited level of detail that can typically be conveyed over social media, “whether it’s a direct message with a friend or a general broadcast to one’s network.”

“The detail needed to convey complex topics can be lost when communicating in this way,” he said.

The result, Meshi said, can be an unsatisfying mix of miscommunication and insufficient social support.