Although it feels uncomfortable, postponing your toilet break is unlikely to be bad for you, explained one doctor that spoke to Express.co.uk. But that’s only if you do it once in a while.

Doctor Deborah Lee from Dr Fox’s Online Pharmacy said: “Holding in a wee or a poo won’t increase your risk of cancer, but, for optimal bowel health, you need to establish a regular pattern of opening your bowels regularly and easily. Constipation increases the risk of bowel cancer.”

Holding in your stools regularly can lead to constipation over time. The lower intestine absorbs liquid from the stool accumulating in the rectum. Dryer stool can be harder to pass because it becomes hard.

READ MORE: Covid: The sign in the morning that’s becoming common as cases surge – may be ‘permanent’ 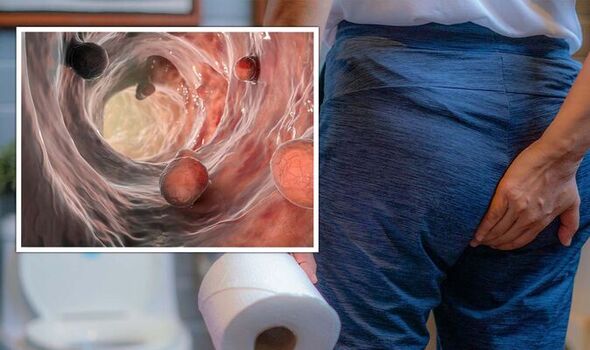 One 2019 study from Denmark found patients with constipation had an “increased short-term risk” of a diagnosis of bowel cancer. But it’s worth noticing that this doesn’t mean constipation definitely causes cancer. Our bodies are complex and there may be thousands of seperate factors at play causing both bowel cancer and constipation in these patients.

There are several theories put forwards in an attempt to explain a possible relationship between constipation and bowel cancer. Each theory looks at different aspects of our biology.

Some scientists have emphasised the role of microorganisms in the gut. Others have suggested that the length of time the bowel is exposed to carcinogens in the stool has something to do with it.

Constipation can be avoided by eating plenty of high-fibre foods in your diet and eating little processed food. Drinking lots of water can help too.

What other factors can cause bowel cancer?

Other factors that are known to increase your risk of bowel cancer, include alcohol consumption, according to Doctor Lee.

She explains that booze can bump up the level of hormones like oestrogen and insulin. High levels of these can cause cell growth and the replacement of proteins in your cells. This increases the risk of genetic mutations.

She added: “Alcohol metabolites can disrupt DNA causing cellular mutations. Chronic alcohol exposure weakens the gut wall, causing a leaky gut, which allows foreign substances from the bowel to enter the bloodstream, and lowers the ability of the gut immune system to protect the gut from harm.”

Her advice is to keep to the UK’s recommended alcohol limit of 14 units. But she suggests spacing the days you drink out.

“Try and space this out over several days and have a few alcohol-free days in the week. Don’t have more than six units at any one time.”

READ MORE: High cholesterol: Two signs on your face that increase risk of death at a ‘younger age’ 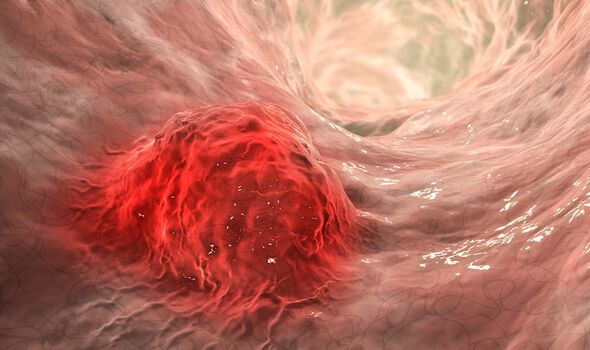 There are several other factors that are well-known to cause bowel cancer.

She adds: “It also lowers the efficiency of the immune system to protect you from abnormal cell growth. Increased visceral fat causes severe chronic inflammation.” 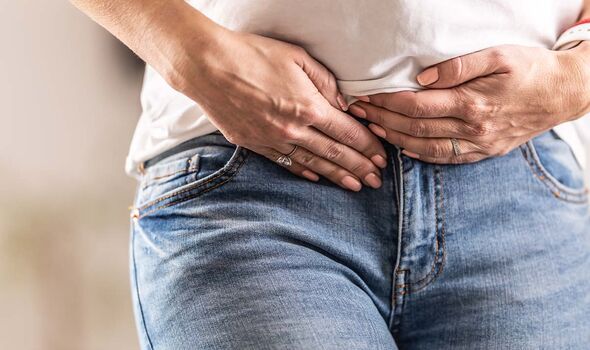 Smoking is another major cause of the disease. Roughly seven percent of bowel cancers are caused by smoking.

Cigarette smoke contains over 70 known carcinogens. These are compounds that can damage your DNA and cause mutations in healthy cells.

The symptoms of bowel cancer to look out for include having blood in your stools, and constantly changing bowel habits. For example, pooing more often, with runnier poos can be a sign, states the NHS website.

Abdominal pain brought on by eating is also a symptom of the disease.