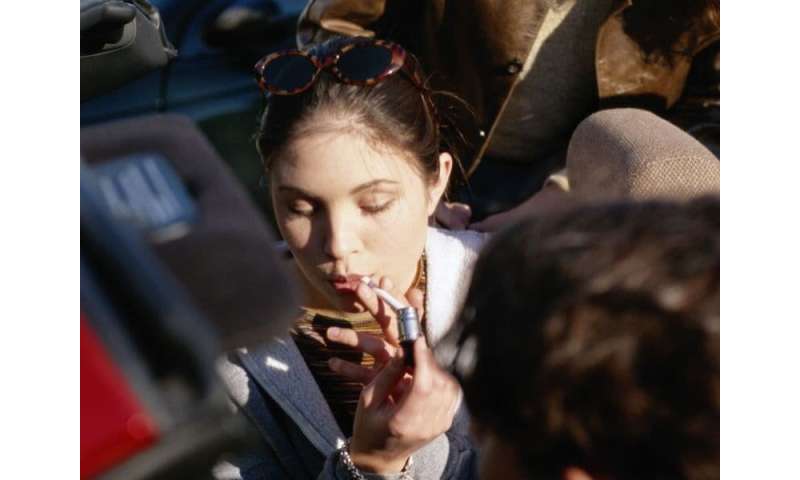 (HealthDay)—Despite federal and state age restrictions on the sale of tobacco and vaping products, a new “secret shopper” study found that IDs were checked only about half the time.

The U.S. Food and Drug Administration requires tobacco retailers to check an ID for anyone appearing to be under 27, and California law bars sale of tobacco products, including e-cigarettes, to anyone under 21.

But, “tobacco and vape shops are the least compliant with California’s age-of-sale laws,” said April Roeseler, who led the new study. She’s chief of the California Tobacco Control Program in Sacramento.

Roeseler noted that the state licenses tobacco retailers, and those who flout the age limits run the risk of losing their license.

Roeseler and others say the California example casts doubt on an FDA proposal that would allow the sale of flavored vaping products in “adult-only” shops.

“This study underscores the serious shortcomings of claims by Juul and Altria that the only solution needed for the youth e-cigarette epidemic is to raise the tobacco age to 21,” said Vince Willmore, a spokesman for the Campaign for Tobacco-Free Kids.

“Raising the age is not enough and won’t work when tobacco and vape shops aren’t even checking IDs of young purchasers. It is critical to also prohibit the flavored products that are enticing and addicting kids,” he added.

For the study, Roeseler’s team sent 18- and 19-year-olds to buy cigarettes and vaping products.

Nearly half of tobacco and vape shops failed to check IDs when the undercover decoys tried to buy vape products—significantly higher than for other retailers, the study found.

And 44.7% of tobacco and vape shops sold vaping products to the decoys.

The concern is not unique to California, researchers said. North Carolina and Oklahoma, among other states, reported underage sales rates of 20% or higher in tobacco and vape shops during the fiscal year that began Oct. 1, 2018.

And an expert at the University of California, San Francisco, suspects compliance in California is higher than it is in other states because of its strong tobacco control program and strict licensing requirements.

And yet, “this paper shows widespread violations of age restrictions by vape shops in California,” said Stanton Glantz, director of the Center for Tobacco Control, Research and Education.

The FDA has proposed placing vaping products in “adult-only” areas of tobacco and vaping stores, but these findings leave Glantz skeptical that such restrictions would work.

“Vape shops and tobacco stores are nominally age-restricted, which shows that the FDA’s policy of simply saying flavored e-cigs can only be sold in age-restricted venues is not really an effective way to reduce e-cigarette use,” he said.

“What they should do—and have consistently failed to do—is to simply prohibit the sale of flavored tobacco products,” Glantz said.

The researchers offered several recommendations of their own.