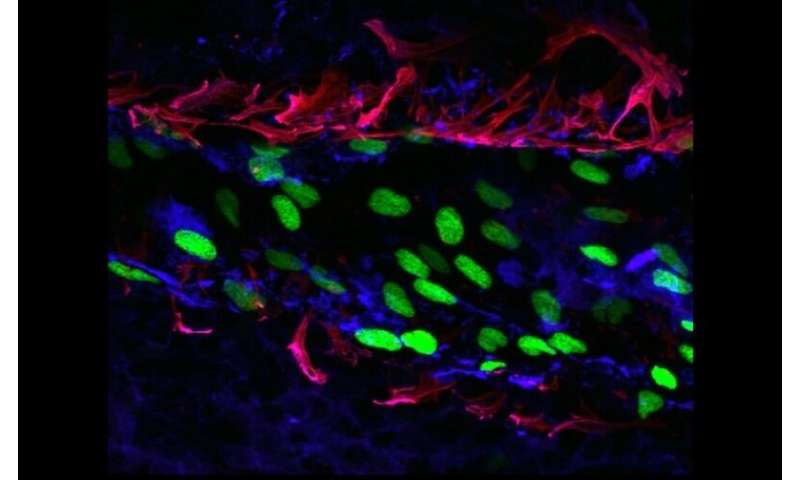 In 1998, when Timothy Hla, Ph.D., and his colleagues identified and cloned the receptor for sphingosine-1-phosphate (S1P), it generated a lot of excitement. S1P, a lipid originally discovered in the 1960s, was known to play various roles in the body and in disease. But it wasn’t thought that lipids could have receptors, and it wasn’t fully appreciated that they could send messages into cells.

“We were very busy for the next 10 years,” says Hla. “S1P biology has become quite a large field.”

Hla heads a lab in Boston Children’s Hospital’s Vascular Biology Program, so among the group’s questions was what S1P does in the vascular system. In the early 2000s, Hla and colleagues showed that S1P is essential for angiogenesis, or the growth of blood vessels, finding that endothelial cells, which line blood vessels, are rich in the S1P receptor. When they blocked the S1P pathway in animal models, embryos could not form blood vessels and died.

“Then, a cool serendipitous thing happened in the S1P field,” Hla says.

S1P: From the vascular system to the immune system and back

Biochemists in the pharmaceutical industry, seeking new drugs for autoimmune disease and transplant rejection, were studying a compound derived from a fungus, used in Chinese medicine. The drug seemed to prevent T cells from attacking transplants or the body’s own tissue. The biochemists learned of Hla’s work and realized that their compound interacted with the S1P receptor Hla’s team had characterized.

“The same receptor I worked on in endothelial cells is also in T cells, B cells, and other immune cells,” Hla says. “It turns out that T cells need S1P to circulate in the body.”

For his part, Hla realized that fingolimod could be a valuable tool for exploring S1P’s role in the body and how it works. For the past decade, his lab has done just that, enabling the development of other drugs in this pathway to treat various diseases.

Hla, research fellow Andreane Cartier, Ph.D., and colleagues focused on cancer in a recent study published in PNAS. They knew that tumor progression depends upon angiogenesis, and that S1P and its receptor are essential in blood vessel growth. 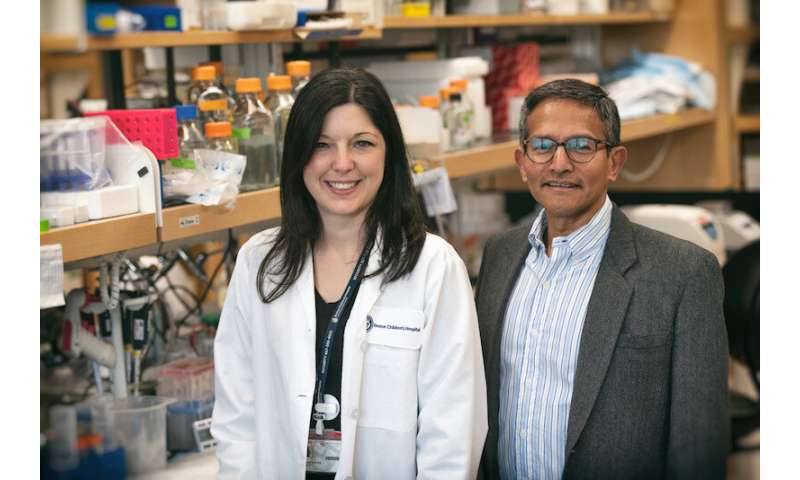 Putting these ideas together, they genetically manipulated mice with lung cancer, melanoma, and breast cancer, creating two test conditions. In one, the animals’ tumor blood vessels had no S1P receptors; in the other, the vessels had extra S1P receptors.

Blood vessels in tumors tend to be tortuous and leaky. And in mice lacking S1P receptors, the vessels grew even more chaotically.

“They were a big mess, convoluted, with poor blood flow,” says Hla.

“That’s a good thing,” says Hla, “because if you want to treat cancers with chemotherapy, you need good conduits. S1P coming from the circulation makes the vessel networks more functional. It’s basically sculpting them to make nice channels.” 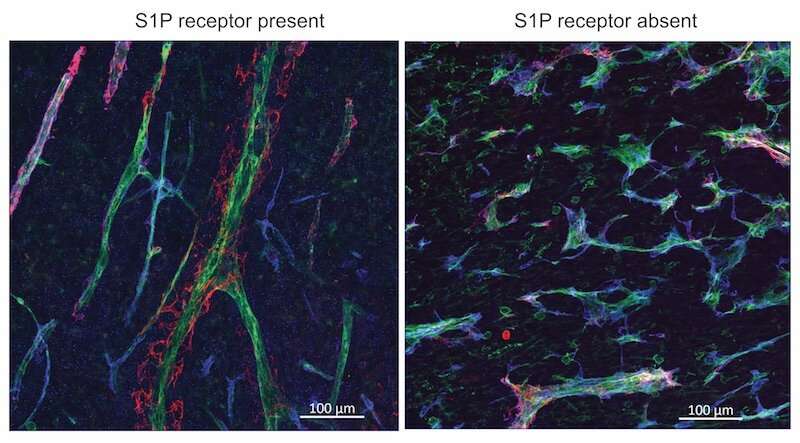