Infection with the severe acute respiratory syndrome coronavirus 2 (SARS-CoV-2) that led to the coronavirus disease 2019 (COVID-19) pandemic can cause various clinical presentations ranging from asymptomatic and mild disease to critical and even deadly outcomes. The pathogenesis of COVID-19 is directly associated with the destruction of lung epithelial cells, which can be due to both viral cytopathic effects as well as immunopathology. 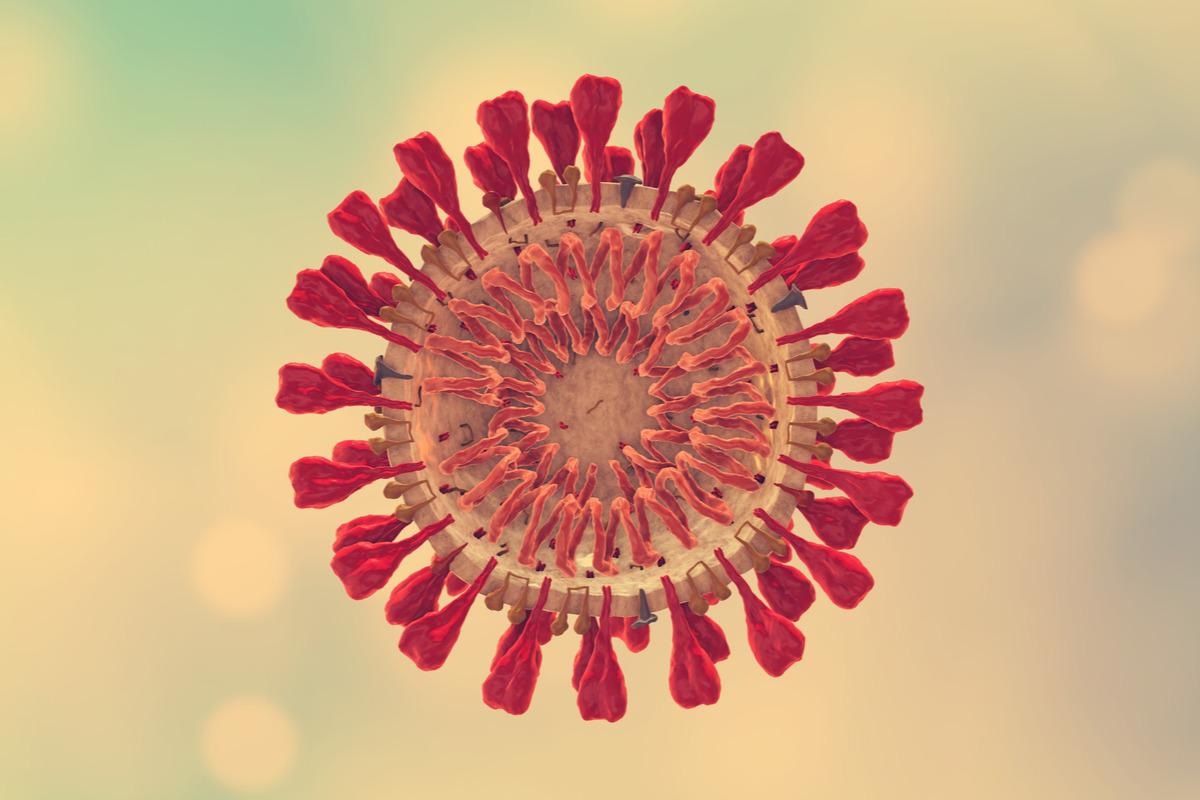 A previous study on individuals who died of COVID-19 reported three hallmarks of critical SARS-CoV-2 infection which included the presence of massive lung thrombosis, extensive alveolar damage, and syncytial dysmorphic pneumocytes. Syncytia, which arises due to cell fusion, has also been reported in SARS-CoV-2–infected macaques and in vitro infections. Thus, cell fusion plays an important role in SARS-CoV-2 pathogenicity.

The SARS-CoV-2 spike (S) protein is responsible for triggering cell fusion. Following cleavage of the S protein, it engages with the cell surface angiotensin-converting enzyme 2 (ACE2) receptor for the fusion of the viral membrane with the plasma membrane of the host cell. Thereafter, viral ribonucleic acid (RNA) is released into the host cell cytoplasm for replication.

Individuals infected with SARS-CoV-2 can benefit from protection by IFNs, especially type I and type III IFNs. However, prolonged production of IFN can lead to impairment of lung epithelial regeneration.

The production of type I and type III IFNs is induced by the recognition of pathogen-associated molecular patterns by pattern recognition receptors (PRRs). As an RNA virus, SARS-CoV-2 is detected by viral RNA sensors melanoma differentiation-associated protein 5 (MDA5) and retinoic acid-inducible gene I (RIG-I) in infected cells.

A new Science Signaling study analyzes how the activation of DNA sensor protein cytosolic cyclic GMP–AMP synthase (cGAS) and its downstream effector stimulator of interferon genes (STING) can induce a type I IFN response due to SARS-CoV-2 infection.

The current study involved S protein-mediated cell fusion assays, where target cells were loaded onto the donor cells in a 1:1 ratio. Thereafter, S-protein mediated cell fusion and IFN production were inhibited using inhibitory agents such as the furin inhibitor decanoyl-RVKR-chloromethyl ketone (RVKR) or the lysosomotropic inhibitor bafilomycin A1 (BaflA1).

The S protein was found to alter cellular transcriptomes and induce the transcription of IFNβ and tumor necrosis factor α (TNF-α), as well as IFN-stimulated genes (ISGs) including ACE2 and IFN-induced protein with tetratricopeptide repeats 2 (IFIT2) in fused cells. The S protein was also found to increase phosphorylation of the p65 subunit of nuclear factor κB (NF-κB).

Furthermore, an increase in the nuclear translocation of the transcription factor IFN regulatory factor 3 (IRF3) was reported, along with a smaller ACE2 after cell fusion. The S protein was found to induce the type I IFN response in a time-dependent manner.

Knockdown of endogenous cGAS or STING was found to decrease IFN expression, as well as the phosphorylation of IRF3 and STING. Additionally, the activation of cGAS-STING was dependent on cleavage of the S protein and did not occur in S mutants where cleavage cannot take place.

Notably, cGAS was localized in the micronuclei in fused cells and was associated with the activation of IRF3. S protein expression and syncytia formation of infected cells was confirmed using VSV–SARS-CoV-2, which carried the SARS-CoV-2 S protein. Additionally, cGAS activation and DNA damage were observed during infection with VSV-SARS-CoV-2.

Taken together, the current study suggests that infection with SARS-CoV-2 leads to the activation of cGAS and STING due to micronuclei formation in the fused infected cell. Both cGAS and STING can subsequently activate IFNs and cytokines, which worsens disease severity by eventually causing damage to the lung epithelial cells.