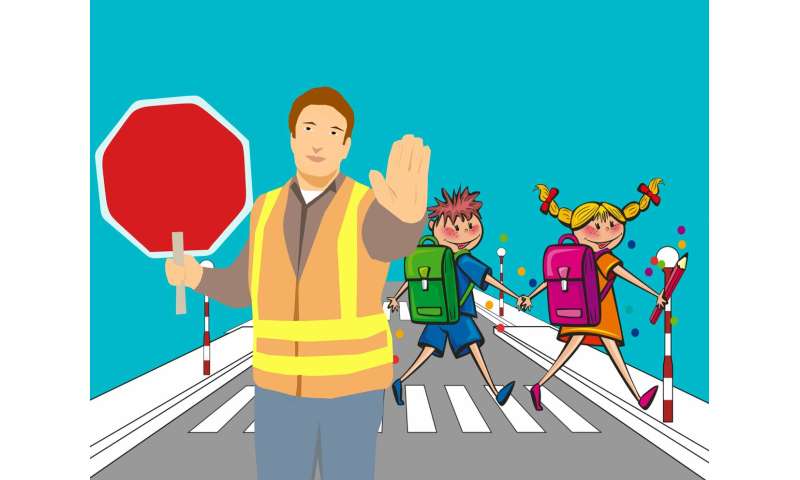 Parents with a knack for citizen science are helping their children walk or bike to school by using an app that lets them document the best routes.

Researchers led by Abby King, Ph.D., professor of health and policy and of medicine at Stanford, worked in tandem with the Santa Clara County Public Health Department’s Safe Routes to School Program, which encourages kids within walking distance of their schools to hoof it, rather than hitch a ride with mom or dad.

The study showed that the Safe Routes to School program was able to significantly increase the percentage of elementary school children walking or biking to school when paired with the citizen science-based Our Voice program and phone app. Parents of the school kids took photos and recorded what they thought about walking and biking paths they took. They also identified specific barriers or helpful features like cars stopped in the crosswalk, or a road with a safe bike lane.

Details of the study were published online in BMC Public Health. Nicole Rodriguez, a former project assistant at Stanford, is the first author.

King worked with her team to create the Our Voice initiative. “The goal is to empower residents of all backgrounds, ages and circumstances to be part of the solution—to make their neighborhoods and communities healthier places for everybody to live,” she said.

She said she thought Our Voice could augment the existing Safe Routes to School Program.

Using the app, the parents of the second school took pictures of both helpful and challenging circumstances when walking or pedaling, such as unsafe intersections or a crossing guard. The idea was that this type of contextual information could help to identify what needed to be changed to increase safety around the school environment.

After using Our Voice at the elementary school, King and her colleagues wanted to see if middle-school students would be as engaged. “So we ran a second-phase feasibility study at a nearby middle school in Santa Clara County— and the students did a great job of learning how to be citizen scientists.”

The middle-school students used the data to drum up new solutions and even attended a community meeting to share their concerns and ideas with school administrators and local decision makers, King said.

“These young people are such a great group for civic engagement,” she explained. “It was wonderful to see them up there presenting PowerPoint slides on what they’d learned, and to listen to their creative, solution-oriented brainstorming around it.”