Britons will have to opt out of organ donation from next year: Changes to consent dubbed ‘Max and Keira’s law’ will be rolled out in 2020

Opt-out organ donation will become law from 2020 after a Government bill was finally approved today.

The Queen has given royal assent for the bill – also known as Max and Keira’s law after the donated heart of Keira Bell, nine, saved the life of Max Johnson, 10, in 2017.

This means The Organ Donation Act’s changes to consent will come into effect next year.

Expected to save hundreds of lives every year, the change will mean all adults’ organs can be taken after they die unless they specifically tell the NHS otherwise.

Schoolboy Max Johnson said: ‘Even if it saves just one life, it will be worth it.’ 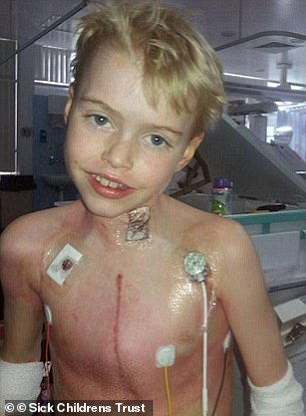 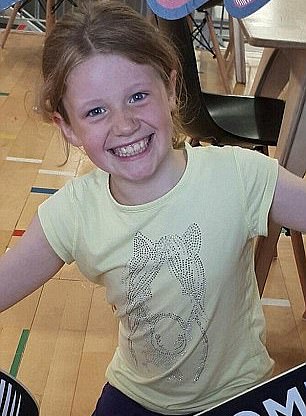 Max and Keira’s Law, named after a boy who received a heart transplant from a girl who donated it, cleared the House of Commons last year. Max Johnson (left) was saved by a heart given to him by the family of nine-year-old donor Keira Ball (right) following her death in 2017

‘It marks a momentous step for thousands of people in need of a life-saving transplant, and could save as many as 700 lives a year.’

At the last count there were 6,013 people on the organ donation waiting list in the UK – last year at least 400 people died before a suitable donor could be found.

Only around one per cent of people’s organs are useable after they die.

They must be used quickly and still in suitable condition, and the NHS Blood and Transplant service says intensive care patients tend to be the only ones who can donate.

Mrs May added: ‘With significantly more people willing to consider organ donation than are actually registered as donors, this vital step will presume consent unless people choose to opt out of being a donor.

‘It’s important that everyone takes the time to discuss their choices on donation with their families and register their wishes, whatever their preference may be.

‘I also want to thank those who have campaigned tirelessly to raise awareness of this issue, and pay particular tribute to Max, Keira and their families for making this historic change happen.’

Research has found some 80 per cent of people in the UK support the concept of organ donation after death but only 38 per cent of adults have actually signed up.

The law change began last year and passed through the House of Commons and House of Lords with ease.

This left only Royal Assent – the approval of the Crown for any new laws – before it could come into effect, and that was given today.

As well as people who record a decision to not donate, organs will not be taken from those who have lived in the UK for less than a year, under-18s, or people without the mental capacity to understand the change.

Organs which can be donated after someone dies include the heart, lungs, liver, kidneys, corneas and pancreas.

Max Johnson, the 10-year-old heart recipient whose name – along with that of his young donor, Keira Ball is given to the law said today: ‘Thank you to everyone who has supported this law change. Even if it saves just one life, it will be worth it.

‘I know what it is like to wait for an organ, so I hope the change in law will mean people won’t have to wait as long in the future.

‘I feel happy because I think the law change will make a difference.’

The new law will not make a difference to children’s organ donation, which is based on the consent of the child’s parents or guardians.

NHS Blood and Transplant this month announced a new strategy to try and increase the rates of crucial organ donation among the families of children and babies.

NHS Blood and Transplant spokesman Anthony Clarkson said: ‘We hope that once this new law is implemented in Spring 2020, we will see more people and families agreeing to donation.’

Before the law comes into effect there will be a public health campaign explaining to people how it will affect them.

Wales already has an opt-out system but Scotland and Northern Ireland have opt-in systems like England. 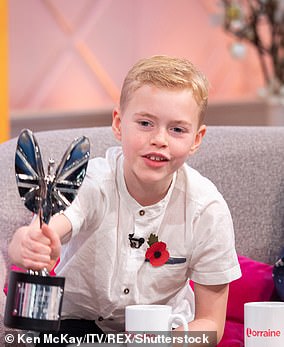 The 10-year-old waited nine months for a new heart until he finally got one in August 2017. He was suffering from dilated cardiomyopathy, meaning he had to be kept alive by medical machinery.

His mother, Emma Johnson, campaigned for an opt-out system to help other children.

Following surgery that left a six-inch scar on his chest, Max is on the way to recovery. In a video message for MPs, he said: ‘Please change the law… it will save lives like mine.’

Max’s story is said to have inspired more than 1,000 people to sign up to the NHS Organ Donation Register.

His new heart was donated by car crash victim Keira Bell, nine, who also donated her kidneys and pancreas.

Max was awarded the Pride of Britain’s Child of Courage award in October because of his instrumental role in changing the law on organ donation.