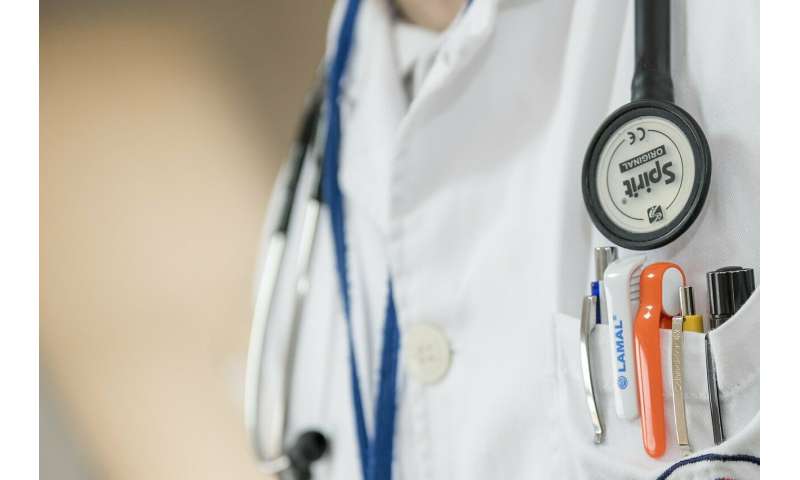 Describing 12-hour shifts with no break for a meal or even a trip to the bathroom, hospital nurses who say they’re overloaded with patients are pushing for a new state law that would limit the number of people they care for at the same time.

Nurses groups say the proposed mandate to set a maximum number of patients per nurse—between one and four, depending on the type of unit—would improve both working conditions for nurses and also patient safety.

But opponents who represent hospitals say a one-size-fits-all mandate for every hospital in the state does not work, and could cost billions of dollars to increase staffing. That expense could lead to higher patient bills, increased insurance costs, and layoffs at cash-strapped hospitals.

Several proposals to set nurse-to-patient ratios are pending in the Illinois legislature, where lawmakers are expected to hear from both sides in an upcoming hearing.

With fewer patients, nurses can be more attentive to them, which can result in better outcomes, like fewer hospital-acquired infections and cardiac arrests, she said. “All of those become less likely with better nurse staffing.”

And manageable patient loads are “safer for the nurses,” Johnson said, pointing out that nurses are among the most likely groups to experience workplace violence. She also said having fewer patients means less-stressed nurses, who are less likely to experience burnout.

Melissa Bertoletti, 46, who has been a registered nurse for 25 years, has worked for the last five years in the emergency department at Amita Health St. Joseph Medical Center in Joliet. She said the staffing ratios would help her do her job better, and feel safer while working the overnight shift.

Bertoletti said that when she’s assigned to the psych area of the emergency department, she can have up to eight patients at once, including some who may require restraints after acting violently. While juggling regular care, “you can have someone have an allergic reaction, have someone collapse,” she said.

About six years ago, Bertoletti was working in a different hospital’s emergency department, where she was assigned to triage and the waiting room. She noticed a woman who had been waiting for two hours start to experience increased pain and lie on the floor. Bertoletti was about to see if she could find her a bed when a man arrived in the midst of a heart attack, she recalled.

After tending to the man, Bertoletti heard commotion in the waiting room. The woman had stopped breathing and died from an aortic dissection, she said.

“She waited for two hours there because there was not enough staff in the ER,” Bertoletti said. “There weren’t enough nurses.”

Current state law requires hospitals to establish committees made up, in part, by the nursing staff in the hospital. Those committees work with nursing supervisors to determine each day’s staffing in each unit, said Danny Chun, spokesman for the Illinois Health and Hospital Association.

That’s a better approach than a blanket mandate, Chun said.

“Not all patients are alike, and not all hospitals are alike,” he said. “Illinois is a very diverse state. (Staffing) is not something that can be boiled down to simplistic ratios.”

Chun said rigid ratios could limit hospitals’ flexibility to move staff around depending on the hospital’s needs on any given day.

And implementing the ratios would require hiring more nurses, which could cost hospitals around the state a collective $2 billion, according to “conservative estimates,” Chun said. Hospitals would have to lay off other staff to accommodate that, he warned, as well as increase patient costs.

He added that Illinois has a nursing shortage, and a significant portion of current nurses are aging into retirement. Mandating ratios, combined with that shortage, creates a “double whammy.”

And while advocates for the new law point to studies that show patient-nurse ratios work, Chun cites other research that says they don’t actually improve patient outcomes.

“The bottom line is, they don’t improve patient outcomes, they are very costly and Illinois doesn’t have enough nurses to implement it,” he said.

But Paul Pater, 35, a registered nurse at the University of Illinois Hospital in Chicago, said something needs to change. Pater said he routinely has four patients in the emergency department, which is often too many.

To keep up with the demand on busy days, Pater said, he’ll go 12 hours without a bathroom break or a meal.