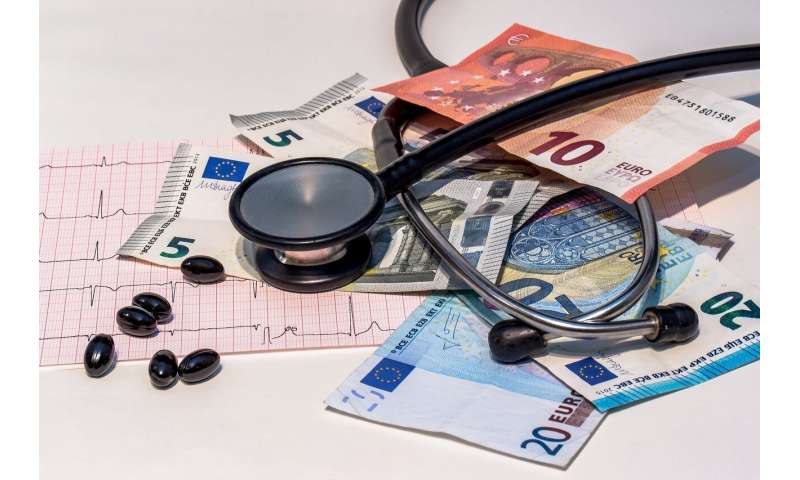 An international team of experts led by Glasgow Caledonian, and including the University of Exeter, have found no evidence that expensive biofeedback devices used in the treatment of urinary incontinence in women make any difference.

Biofeedback therapy has been used as a way to enhance the effectiveness of pelvic floor muscle exercises by helping patients see they are exercising their muscles correctly and encouraging them to do them more often. The cost of the biofeedback devices can range from £100 to £500.

However, scientists from universities at Glasgow, Exeter, Stirling, Aberdeen, Edinburgh, and Otago in New Zealand, as well as NHS Greater Glasgow and Clyde and NHS Ayrshire and Arran, have found that the devices make no difference to the effectiveness of pelvic floor muscle exercises.

Lead author of the study, GCU Professor Suzanne Hagen, who is also Deputy Director of the Nursing, Midwifery and Allied Health Professions Research Unit (NMAHP RU), is now urging the NHS “not to spend money” on these biofeedback devices.

The five-year study involving 600 women with stress or mixed urinary incontinence from all over the UK was launched to find out if pelvic floor muscle training (PFMT) plus electromyographic (EMG) biofeedback was more effective for female urinary incontinence than PFMT alone.

The study concluded: “We found no benefit of including EMG biofeedback as part of a PFMT program when compared to PFMT alone. Results indicated similar incontinence severity at 24-month follow-up in both groups.”

The research, entitled ‘Effectiveness of pelvic floor muscle training with and without electromyographic biofeedback for female urinary incontinence: the OPAL multicentre randomized controlled trial’, was funded by the National Institute for Health Research (NIHR) and published in the British Medical Journal (BMJ).

Professor Sarah Dean, University of Exeter Medical School, said: “A good, supervised program of pelvic floor muscle exercises on its own is enough to make a difference to women’s incontinence….so this means seeing a women’s health physiotherapist or a nurse continence advisor, who are specialists in this area of health care. This ensures women are doing the correct muscle contraction as well as know how to progress their exercise training when at home.”

Professor Hagen said: “In the NHS in the UK, continence physiotherapists and nurses shouldn’t routinely be giving biofeedback to all women they treat with urinary incontinence. It is not something the NHS needs to invest money in because there is now clear evidence that overall it makes no difference to the effectiveness of pelvic floor muscle exercises. A good, supervised program of pelvic floor muscle exercises on its own is enough to significantly improve women’s incontinence. When we started this trial five years ago there was still uncertainty over the role of using the EMG biofeedback. It wasn’t clear whether adding in biofeedback to pelvic floor muscle exercises was beneficial or not and the NIHR commissioned us to do this trial. Meanwhile, the use of biofeedback varied from center to center with some continence therapists using it frequently as part of treatment and others selectively or never. Biofeedback devices were also becoming more widely available and women could buy them themselves online. It was therefore becoming easier for women to get them directly and use them at home. The NIHR asked us to trial this because we still didn’t know the answer. We found that the evidence to support EMG biofeedback being used was contradictory. Now we have a clear answer and this means that in the NHS in the UK, those treating women with incontinence can be confident that they should not routinely use biofeedback.”