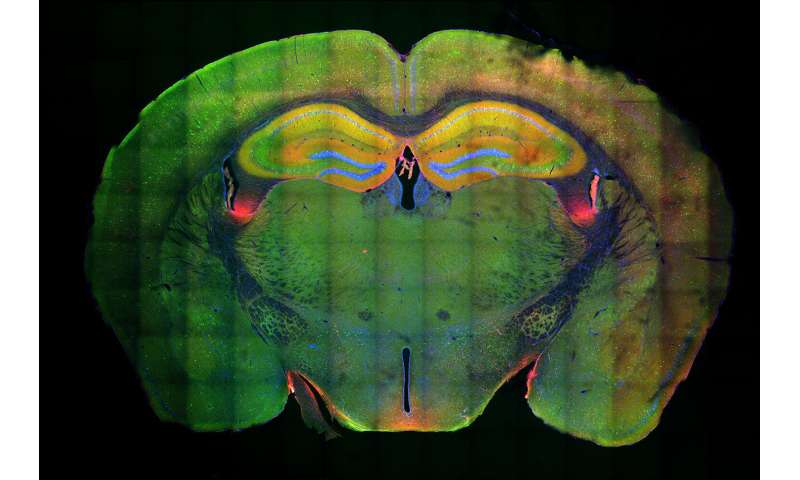 When the brain forms a memory of a new experience, neurons called engram cells encode the details of the memory and are later reactivated whenever we recall it. A new MIT study reveals that this process is controlled by large-scale remodeling of cells’ chromatin.

This remodeling, which allows specific genes involved in storing memories to become more active, takes place in multiple stages spread out over several days. Changes to the density and arrangement of chromatin, a highly compressed structure consisting of DNA and proteins called histones, can control how active specific genes are within a given cell.

“This paper is the first to really reveal this very mysterious process of how different waves of genes become activated, and what is the epigenetic mechanism underlying these different waves of gene expression,” says Li-Huei Tsai, the director of MIT’s Picower Institute for Learning and Memory and the senior author of the study.

Asaf Marco, an MIT postdoc, is the lead author of the paper, which appears today in Nature Neuroscience.

Engram cells are found in the hippocampus as well as other parts of the brain. Many recent studies have shown that these cells form networks that are associated with particular memories, and these networks are activated when that memory is recalled. However, the molecular mechanisms underlying the encoding and retrieval of these memories are not well-understood.

Neuroscientists know that in the very first stage of memory formation, genes known as immediate early genes are turned on in engram cells, but these genes soon return to normal activity levels. The MIT team wanted to explore what happens later in the process to coordinate the long-term storage of memories.

“The formation and preservation of memory is a very delicate and coordinated event that spreads over hours and days, and might be even months—we don’t know for sure,” Marco says. “During this process, there are a few waves of gene expression and protein synthesis that make the connections between the neurons stronger and faster.”

Tsai and Marco hypothesized that these waves could be controlled by epigenomic modifications, which are chemical alterations of chromatin that control whether a particular gene is accessible or not. Previous studies from Tsai’s lab have shown that when enzymes that make chromatin inaccessible are too active, they can interfere with the ability to form new memories.

To study epigenomic changes that occur in individual engram cells over time, the researchers used genetically engineered mice in which they can permanently tag engram cells in the hippocampus with a fluorescent protein when a memory is formed. These mice received a mild foot shock that they learned to associate with the cage in which they received the shock. When this memory forms, the hippocampal cells encoding the memory begin to produce a yellow fluorescent protein marker.

At the very first stage, right after a memory is formed, the researchers found that many regions of DNA undergo chromatin modifications. In these regions, the chromatin becomes looser, allowing the DNA to become more accessible. To the researchers’ surprise, nearly all of these regions were in stretches of DNA where no genes are found. These regions contain noncoding sequences called enhancers, which interact with genes to help turn them on. The researchers also found that in this early stage, the chromatin modifications did not have any effect on gene expression.

The researchers then analyzed engram cells five days after memory formation. They found that as memories were consolidated, or strengthened, over those five days, the 3-D structure of the chromatin surrounding the enhancers changed, bringing the enhancers closer to their target genes. This still doesn’t turn on those genes, but it primes them to be expressed when the memory is recalled.

Next, the researchers placed some of the mice back into the chamber where they received the foot shock, reactivating the fearful memory. In engram cells from those mice, the researchers found that the primed enhancers interacted frequently with their target genes, leading to a surge in the expression of those genes.

Many of the genes turned on during memory recall are involved in promoting protein synthesis at the synapses, helping neurons strengthen their connections with other neurons. The researchers also found that the neurons’ dendrites—branched extensions that receive input from other neurons—developed more spines, offering further evidence that their connections were further strengthened.

The study is the first to show that memory formation is driven by epigenomically priming enhancers to stimulate gene expression when a memory is recalled, Marco says.

“This is the first work that shows on the molecular level how the epigenome can be primed to gain accessibility. First, you make the enhancers more accessible, but the accessibility on its own is not sufficient. You need those regions to physically interact with the genes, which is the second phase,” he says. “We are now realizing that the 3-D genome architecture plays a very significant role in orchestrating gene expression.”