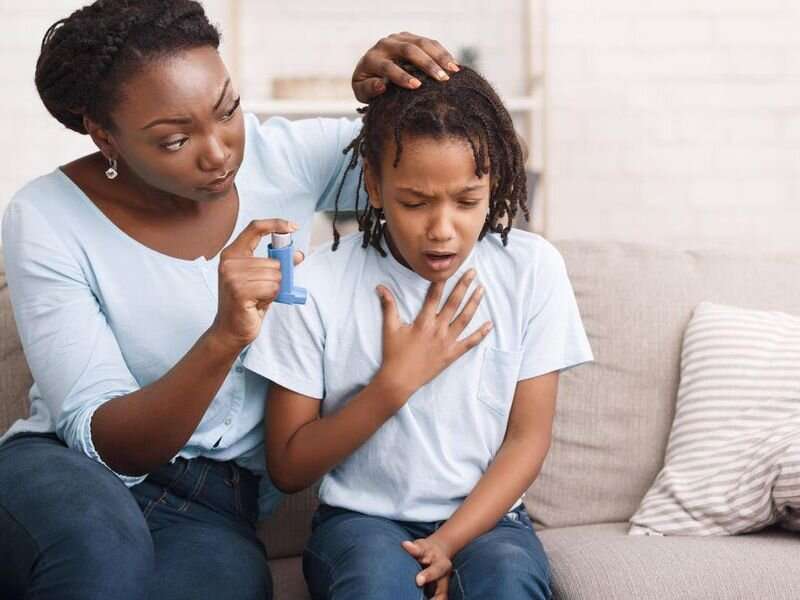 Asthma exacerbations are reduced for children and adolescents with exacerbation-prone eosinophilic asthma who are living in socioeconomically disadvantaged urban neighborhoods and receive mepolizumab therapy, according to a study published in the Aug. 13 issue of The Lancet.

Daniel J. Jackson, M.D., from the University of Wisconsin School of Medicine and Public Health in Madison, and colleagues conducted a randomized trial at nine urban medical centers in the United States involving children and adolescents aged 6 to 17 years who lived in socioeconomically disadvantaged neighborhoods and had exacerbation-prone asthma and blood eosinophils of at least 150 cells/µL. A total of 290 participants were randomly assigned to either mepolizumab or placebo injections once every four weeks plus guideline-based care for 52 weeks (146 and 144 patients, respectively).

“In urban children and adolescents with exacerbation-prone eosinophilic asthma, adjunctive therapy with mepolizumab reduced asthma exacerbations, but did not affect other asthma outcomes,” the authors write.