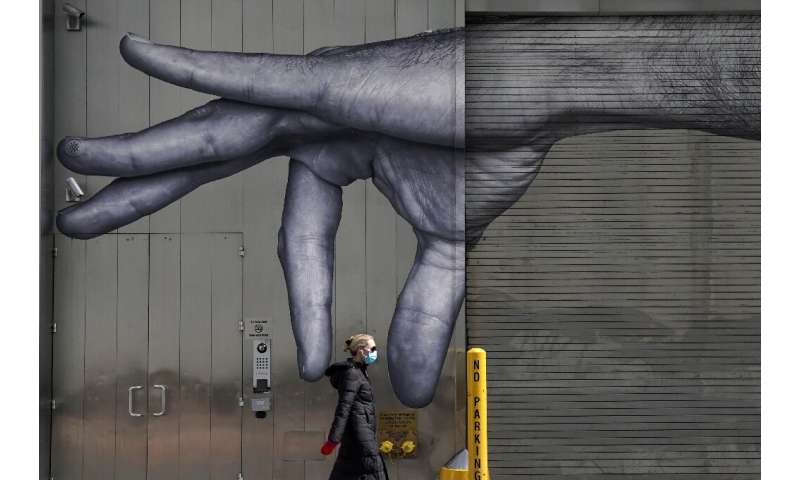 As the United States’ COVID-19 infection rate hits an all-time high, calls are growing for a nationwide mask mandate to replace the current patchwork of state regulations.

One person who’s yet to be convinced, however, is President Donald Trump, who has consistently stressed treatments and future vaccines as the means to end the pandemic.

Trump also mocks his rival in next week’s presidential election, Joe Biden, for favoring nationwide masking, and accuses the Democrat of wanting to return Americans to lockdown.

To date, 33 of the 50 US states, as well as the capital Washington and island of Puerto Rico, have imposed mandates.

In the other 17, it’s been left to local jurisdictions, like cities, towns and counties to decide for themselves.

This in turn has created what researchers refer to as “natural experiments,” whereby places that have similar make-ups but differ on their mask policies can be compared.

Take Kansas, where the governor imposed a mask order in July but individual counties could opt-out.

The result was that only 20 of 105 counties actually made masks mandatory—and in those areas, the infection rate fell by 50 percent compared to counties where there weren’t such orders, according to researchers at the University of Kansas.

The problem with this method, which was also used in Texas and Oklahoma, is that it does not take into account the other behavior measures that often accompany mask orders, such as bar closures.

A study published in the journal Health Affairs used statistical methods to control for these variables, and found that mask orders in the springtime alone prevented between 230,000-400,000 cases by May 22.

An epidemiological model from the University of Washington published recently in Nature even estimates that 130,000 deaths could be avoided by the end of February if 95 percent of the population wear a mask in the presence of other people.

Scott Gottlieb, a former commissioner of the Food and Drug Administration, penned an op-ed in the Wall Street Journal on Sunday titled “Winter Is Coming: Time for a Mask Mandate.” 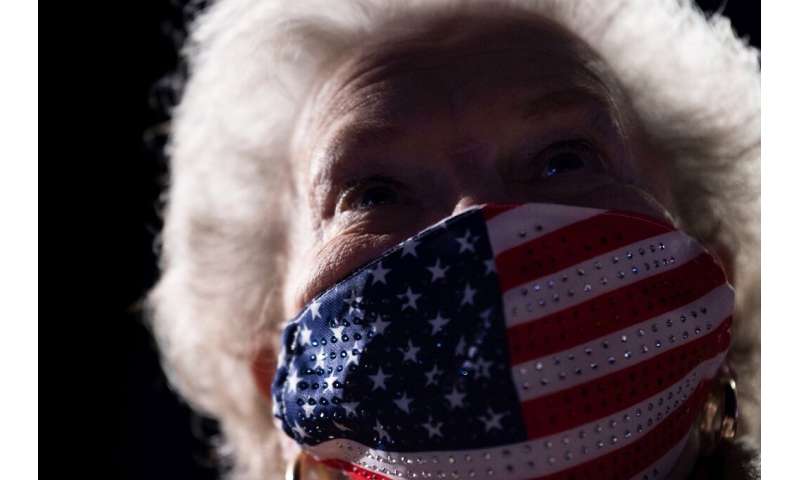 He argued for an order lasting two months, noting that “it’s easier to wear a mask in the winter than the summer.”

Anthony Fauci, the country’s top infectious disease official, has for months been making the case for “low tech” solutions against the virus—masks, physical distancing and gathering outdoors rather than inside.

The subject is actually considerably less controversial than what the political debates that dominate the news cycle and the constant spread of disinformation on social media might seem to indicate.

The vast majority of Americans already cover their faces: 78 percent in April and 89 percent by June, according to self-reported surveys carried out by the Centers for Disease Control and Prevention (CDC).

But when the infection rate is soaring as high as it is, even a small fraction of people who don’t mask are enough to sustain the spread.

And among those who report mask use, do they all keep it up while out shopping, at restaurants in between courses, or when sharing a car ride with a colleague?

From a legal standpoint, it’s not even clear if the president has the authority to impose a mask mandate on the whole country.

“Our legal team thinks I can do that based upon the degree to which there’s a crisis in those states and how bad things are for the country,” Biden said in September, sounding less than fully confident.

That said, the federal government does have strong powers in certain areas.

The CDC had prepared a directive in September to make masks mandatory on planes, trains, buses, subways and in airports—but the White House blocked it, according to the New York Times.

One of Trump’s new coronavirus advisors, Scott Atlas—whose expertise is heavily disputed by the scientific and public health community—recently tweeted: “Masks work? NO.” Twitter concealed the message as misinformation.

What’s almost certain is that the US will remain unique among advanced countries in the degree to which it has delegated its public health measures for at least three more months.