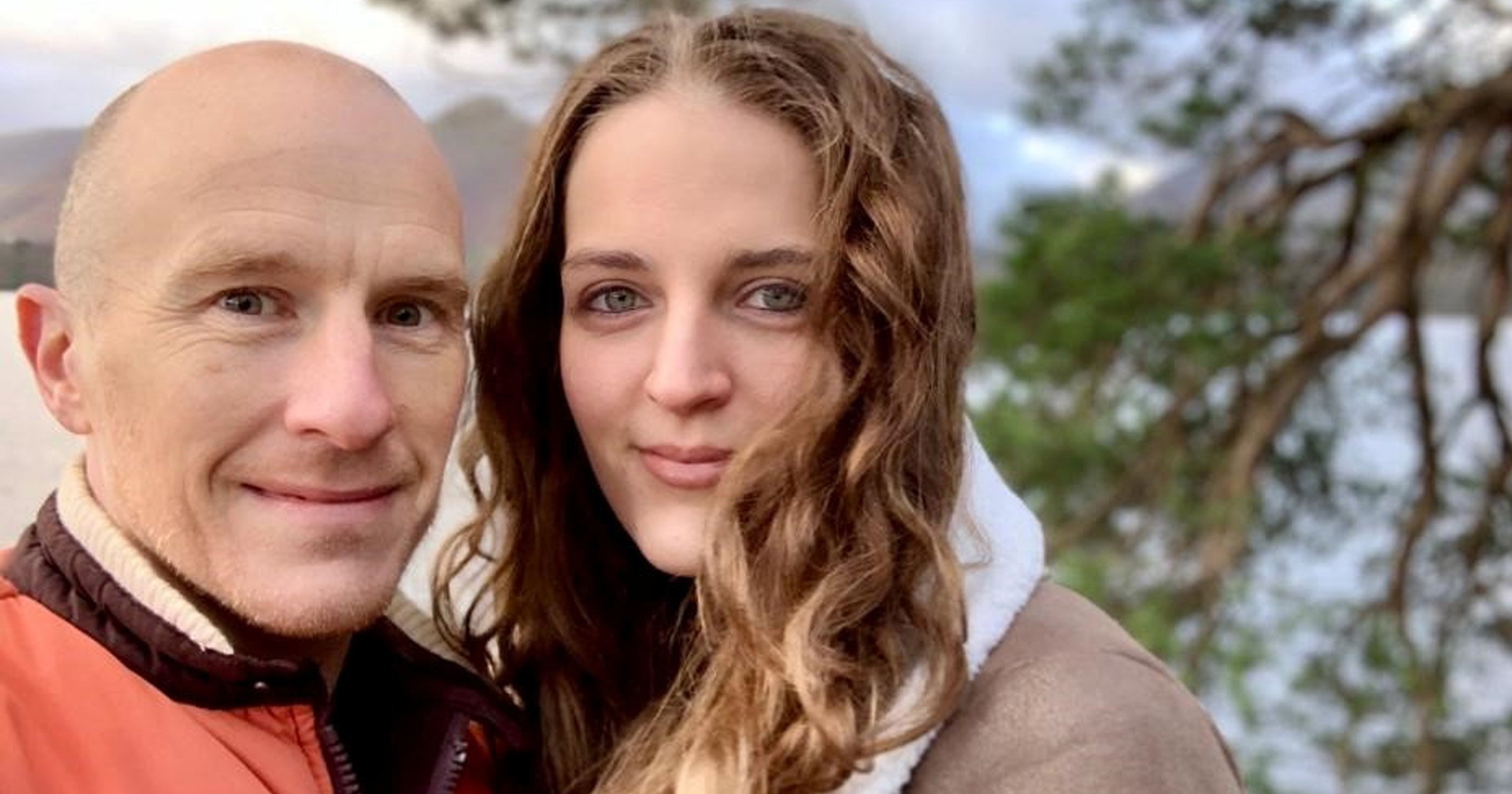 A man diagnosed with a terminal brain tumour is preparing to spend his last Christmas with his wife.

Dan Potts, 46, was diagnosed with a glioblastoma – an aggressive brain tumour – in December last year.

Before the diagnosis, he suffered from agonising symptoms for two years, which medics initially thought was a pinched nerve.

However, an MRI scan revealed the tumour, which was when Dan was given the devastating news that the illness was terminal.

This year, he’s preparing to spend his last Christmas with his wife Liah, 26, after the pair were apart last time due to Dan being in intensive care.

‘We think this Christmas may be our last together, so we just want to have Christmas dinner and spend some quality time together,’ says Dan, who’s from Mockerkin in Cumbria.

‘We both love Christmas, but we were apart last year because I was in intensive care so Christmas was cancelled.’

He describes the situation as ‘tough,’ but the pair are facing this head-on and are ‘trying to be as positive’ as possible.

Dan’s symptoms started in 2018, when he started getting headaches and weakness down the right hand side of his body.

After an MRI scan at Princess Elizabeth Hospital in Guernsey – where he was living at the time – he was told a pinched nerve was causing the problems.

Six months later, the pain became ‘unbearable’ and Dan had another MRI scan, where he was told the same thing again.

It wasn’t until a third scan that the mass was spotted and he was given the devastating diagnosis.

Dan says: ‘I was told it was terminal and any treatment would just be to try to prolong my life because there was no cure.

‘I was told this on an open hospital ward with no privacy, which was not very nice – I was crying; I just didn’t expect news like that.’

The average survival time for a glioblastoma is 12-18 months, but Dan has been undergoing treatment in the hopes of prolonging his prognosis.

He had a craniotomy shortly after the tumour was found, and although the procedure went well he now has epilepsy, requiring four different types of anti-seizure medication.

Dan has also had chemotherapy and radiotherapy, and just finished a six-month course of a higher dose of chemotherapy.

The couple have both stopped working because of Dan’s condition but previously ran private estates in Guernsey and Scotland.

Dan and Liah are now crowdfunding for Brain Tumour Research, Macmillan, and St John’s in Keswick, where Dan wants to be buried.

‘It’s so important to raise as much money and awareness of brain tumours,’ he says.

‘There is such a lack of funding, and the treatment hasn’t changed in over 20 years – that has got to change.’

‘We are so sorry to hear of Dan’s diagnosis,’ Matthew Price, community development manager at Brain Tumour Research says.

He adds: ‘We are really grateful to him and Liah for crowdfunding for us.

‘It’s only with the support of people like them that we’re able to progress our research into brain tumours and improve the outcome for patients like Dan who are forced to fight this awful disease.’