Lyme disease is a bacterial infection spread to humans by infected ticks. Ticks can be found in woodland and heath areas that are tiny spider-like creatures. The most common sign of infection is an expanding area of redness on the skin that appears at the sight of the tick bite about a week after the bite occurred. Developing a rash is most common with 70-80 per cent of people noticing rash symptoms after being bitten. Lyme disease can be treated effectively if detected early and having headaches could mean you have Lyme disease.

Symptoms of Lyme disease include:

It’s estimated there are 2,000 to 3,000 new confirmed cases of Lyme disease in England and Wales each year, although not all cases are confirmed.

Symptoms need to be spotted early because if treatment is delayed there is a risk of developing a long-lasting symptom. 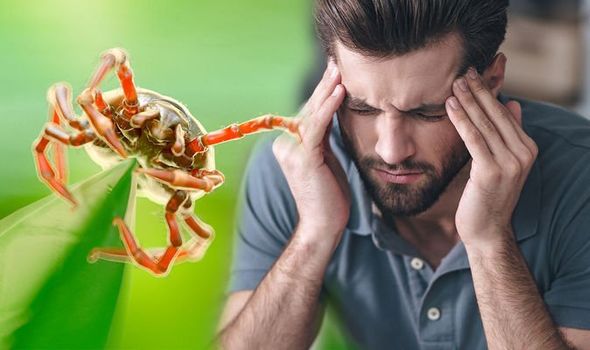 Public Health England said: “Ticks don’t jump or fly, but climb on to your clothes or skin if you brush against something they’re on.

“They then bite into the skin and start to feed on your blood. Being bitten doesn’t mean you’ll definitely be infected as not all ticks carry Lyme-causing bacteria. Generally, you’re more likely to become infected if the tick remains attached to your skin for more than 24 hours.”

How to remove a tick:

If you develop symptoms of Lyme disease, you will normally be given a course of antibiotic tablets, capsules or liquid.

Most people will require a three-week course, depending on the stage of the illness. 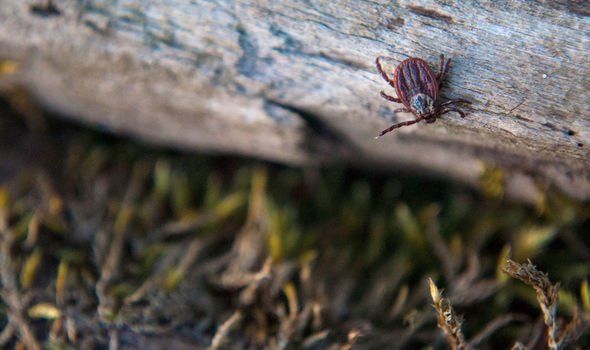 If your GP thinks you might have Lyme disease, they’ll prescribe antibiotics

If the symptoms are particularly severe or prolonged, a specialist may be referred for further investigation and management of the symptoms.

The NHS said: “If your GP thinks you might have Lyme disease, they’ll prescribe antibiotics.

“It’s important to finish the course, even if you start to feel better. Some people with severe symptoms will be referred to a specialist in hospital for injections.”