Jury rules Roundup was a ‘substantial factor’ in causing man’s cancer: 70-year-old who sprayed 6,000 gallons of weed killer to combat poison oak on his 56-acre property triumphs against Monsanto

The verdict is the second blow against manufacturer Monsanto (now Bayer) less than a year after the first ever trial that came to the same conclusion in August 2018.

Edwin Hardeman, 70, of Santa Rosa, California, has non-Hodgkin’s lymphoma, a cancer of the immune system after using the weed killer to kill poison oak and invasive plants on his 56-acre property over the course of 30 years.

Hardeman told jurors the spray routinely got on his skin before he was diagnosed with the disease in 2015.

Tuesday’s unanimous verdict was the first step in the trial: next, the jury will decide whether the manufacturer knew the risks the product posed to users and, if so, whether those risks were deliberately concealed. 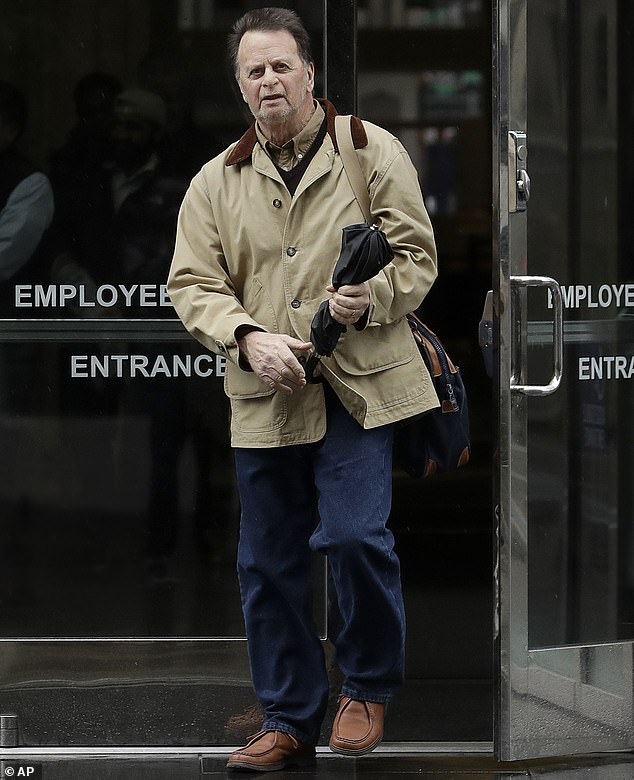 Edwin Hardeman (pictured), 70, of Santa Rosa, California , has non-Hodgkin’s lymphoma, a cancer of the immune system after using the weed killer to kill poison oak and invasive plants on his 56-acre property over the course of 30 years

Non-Hodgkin’s Lymphoma (NHL) is a type of cancer that starts in white blood cells called lymphocytes.

It affects the lymph system, which is involved in fighting infections and helping fluid move through the body.

NHL can start anywhere where lymph tissue is found, such as lymph nodes, spleen, bone marrow, tonsils and the digestive tract. It differs from Hodgkin’s lymphoma due to the type of immune cells it affects.

NHL is one of the most common types of cancers in the US, making up four per cent of all forms of the disease. It is the sixth most common cancer in the UK.

NHL is grouped depending on how quickly it grows and spreads. Indolent NHL grows slowly and may not require treating straight away. Aggressive NHL spreads quickly and requires immediate treatment.

Anyone can develop NHL, however, most cases occur in people in their 60s or older. For unclear reasons, it is also more common in men.

Some studies have suggested that exposure to certain weedkillers and pesticides may increase the risk, as do chemotherapy drugs and some arthritis medications. More research is required to determine this.

Patients treated with radiotherapy for other cancers are slightly more at risk of NHL in later life. Those with a weak immune system, such as HIV patients or people who have recently had an organ transplant, are also more susceptible.

A family history of NHL and being overweight are also linked to the condition.

Although rare, some women with breast implants develop a type of lymphoma in their breasts, which seems to be more common if the implants have a rough texture.

NHL treatment depends on how advanced a patient’s disease is but might include chemo, radiotherapy, a stem cell transplant or, in rare cases, surgery.

Hardeman has undergone six rounds of chemotherapy to fight his cancer.

According to his lawyers, he sprayed around 6,000 gallons of Roundup in 26 years to fight his family’s ‘large poison oak problem’ which was entering their water supply and hiking trails.

He was the first to file a federal complaint against Monsanto, bringing a lawsuit against the company in 2016, a year after being diagnosed with cancer.

His is also being steered as the leading case in a multidistrict litigation with more than 1,600 plaintiffs in Northern California.

Former groundsman Johnson, who was given weeks to live, was awarded nearly $290 million in damages, before an appeal saw his sum sliced to $78.5 million – pending another appeal.

The first-of-its-kind verdict was delayed as jurors spent hours analyzing the timeline of Johnson’s symptoms, the validity of his expert witness’s testimony, and the discrepancies between Monsanto’s medical findings and that of their critics.

The jury also found Monsanto ‘acted with malice, oppression or fraud and should be punished for its conduct,’ Judge Suzanne Ramos Bolanos announced in court in San Francisco.

Bolanos dismissed Monsanto’s requests for a re-trial, but after an appeal the firm managed to whittle down Johnson’s award to less than half, citing law on how awards should be calculated. Johnson is appealing that decision.

This time around, judges agreed to more tightly control how evidence was presented and ruled on.

In Johnson’s trial, jurors were presented with all the information of Johnson’s case, his personal history, and accusations of Monsanto influencing and intimidating scientists.

Hardeman’s was designed as a multi-phase trial.

In the second phase of the trial, Hardeman’s lawyers can present evidence allegedly showing the company’s efforts to influence scientists, regulators and the public about the safety of its products.

In the first phase, they were barred from presenting anything of that nature, at one point earning a scolding from the judge for straying into details about the inner workings of Monsanto, the Guardian reported.

The verdicts have dealt a huge blow to Bayer, which acquired Monsanto in November after Johnson’s trial.

The firm swiftly announced it would be cutting 12,000 jobs to ‘restructure’ as they faced the next big set of litigation from California attorneys. 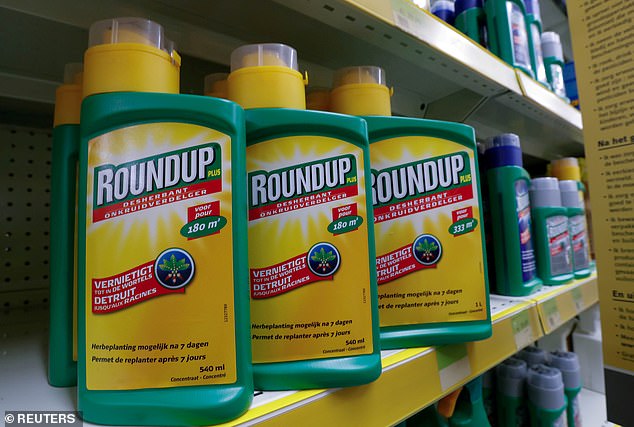 According to Hardeman’s lawyers, he sprayed around 6,000 gallons of Roundup in 26 years to fight his family’s ‘large poison oak problem’ which was entering their water supply and hiking trails 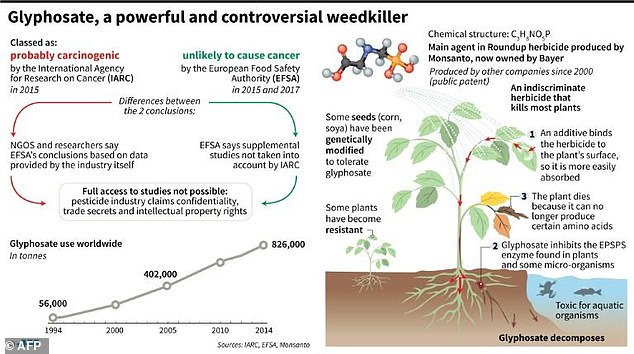