Iraqi baby is first boy ever to be born with THREE penises, doctors claim

A boy in Iraq who was born with three penises is the first child ever proven to have the strange deformity, doctors have claimed.

Doctors in the north of the country, near Mosul, believe they are the first to ever publish a study detailing a case of human triphallia – in which someone has three penises.

Only one was functional so the other two — attached to the shaft of his actual penis and bottom of his scrotum — were surgically removed.

The unidentified boy, a native Kurd from Duhok, was three months old when the tale was first published last year.

Doctors said one in every five to six million boys is born with more than one penis, with around 100 cases of diphallia – two penises – recorded worldwide.

But the Iraqi boy is the first to have triphallia, according to the case report published in the International Journal of Surgery Case Reports.

One case in India went viral in 2015 but experts could not verify the tale because it was never detailed in a medical journal. 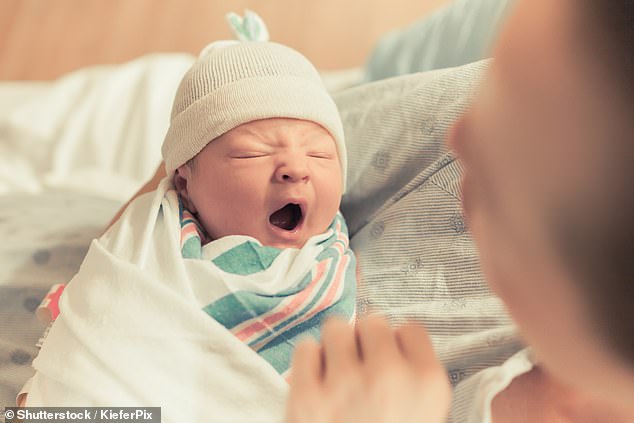 A three-month-old boy from Duhok, Iraq, has become the first child ever to be born with three penises (stock photo)

Diphallia is an extraordinarily rare defect where a boy is born with two penises, with the first recorded case dating back to the 1600s.

Triphallia — which hadn’t ever been recorded in medical literature until now — is the term for having three penises.

The condition is associated with other abnormalities, including being born with two scrotums or anuses.

An estimated one in every six million boys in America is born with the condition, according to researchers.

There is also a higher risk of spina bifida, a developmental congenital condition which causes some vertebrate protecting the spinal cord not fully form and remain open.

In most cases the penises are the same size and sit side by side.

In some men, the smaller penis will sit above the larger.

A man with two penises can urinate or ejaculate from one or both, according to reports.

The boy’s parents initially took him into hospital because of swelling in his scrotum, but when he arrived doctors noticed the boy had two extra penises.

One measured 2cm and was located at the root of his main penis, while the other was 1cm long and positioned below his scrotum.

They looked into whether the child had been exposed to drugs during pregnancy or if he had a family history of genetic abnormalities but neither were the case and the cause of the condition was a mystery.

Urologists found neither of the extra penises had a urethra, the tube that urine passes through, and decided surgery was the best option.

No problems were found on a follow-up visit a year after the operation, according to Dr Shakir Saleem Jabali, the author of the report.

Scientists are still baffled over the cause of supernumerary penises – the technical name for the extra members – the first case of which was reported in the 1600s.

Dr Jabali argued each case had a ‘unique presentation’.

Writing in the journal, he said: ‘To the best of our knowledge, this is the first reported case with three penises or triphallia.

‘No similar case is present in literature in human beings.’

The condition is associated with other abnormalities, including being born with two scrotums or anuses.

There have been reports of boys being able to urinate and ejaculate out of both penises.

But in this case the boy’s extra penises were non-functional and so surgery was less complicated.