Hospitals in England are amputating more limbs than EVER because of diabetes with more than 27,000 body parts cut off since 2015

More people than ever are having parts of their legs amputated because of diabetes complications, figures have revealed.

This is 3,000 more than in the three years prior and is down to cases of type 2 diabetes – a weight-related illness – soaring.

The number of patients suffering from the illness has doubled since the mid-90s, putting hundreds of thousands at higher risk of stroke and heart disease. 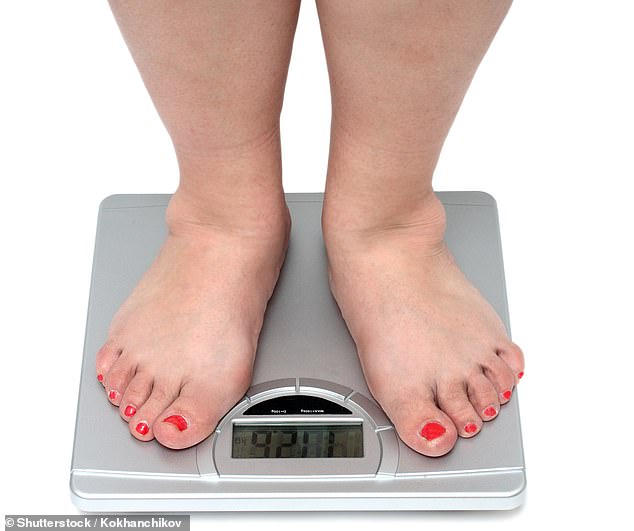 Doctors are having to amputate more people’s toes and feet because of complications of type 2 diabetes, which is triggered by obesity and now affects more than 3million Britons (stock image)

Figures revealed by Public Health England show the scale of the ‘devastating’ operations.

The government body recorded hospital admissions and amputations among patients with diabetic foot disease, a condition caused by nerve damage in the legs.

Diabetes leads to high levels of sugar in the blood, which can damage nerves, and reduced circulation, which cuts off oxygen supply, potentially harming tissue.

Both slow the healing of wounds and allow them to spiral out of control and eventually lead to an injury or infection so bad only amputation can help.

In comparison, just 1.4million people had diabetes diagnoses in 1996, about 90 per cent of them with type 2.

The figure is expected to surpass 5.5m by 2030, Diabetes UK said – the condition is closely linked to being overweight, inactive and consuming too much sugar.

In total, England had 27,465 lower limb amputations among patients with diabetic foot disease between 2015 and 2018.

HOW CAN DIABETES LEAD TO FOOT AMPUTATIONS?

People with diabetes are far more likely to need their toes or feet amputated because their injuries do not heal normally.

High blood sugar can cause nerve damage which means patients cannot feel their skin as well and may not know when they have a wound, or feel how serious it is.

And diabetes restricts circulation in the legs, which slows down healing because oxygen and nutrients are in short supply.

The combination of these two factors means it can take longer for people to get over injuries and the healing time means there is more opportunity for it to become infected or for flesh to die because of gangrene.

If an injury becomes too infected or untreatable the affected part of the body may have to be cut off.

Some 7,545 of those in the most recent three years were major, meaning above the ankle, while 19,920 were minor – below the ankle.

The statistics confirmed the number of amputations is rising because more people are being diagnosed with type 2 diabetes – the individual risk for a diabetic person is not significantly increasing.

‘It’s vital that action is taken to prevent as many people from developing type 2 diabetes as possible so fewer people are at risk of a devastating, and often avoidable, amputation.’

Figures showed the areas worst hit by these operations, which involve removing part or all of the foot.

Dr Jennifer Smith, diabetes expert for Public Health England said: ‘It’s a tragedy that so many people are unnecessarily having to face the life-changing consequences of diabetes, such as amputations.

Survival rates and quality of life for people following such major surgery can often be poor. This shouldn’t be happening when the condition is preventable.’

She added: ‘Type 2 diabetes remains the greatest health challenge in this country and many adults are in danger of developing this deadly but preventable disease.’

Diabetes UK’s Ms Joule added: ‘People with diabetes also need to ensure they are attending their free annual NHS foot check, and if they notice any issues with their feet, immediately see a healthcare professional.

‘[This] could be the difference between keeping and losing a foot.’