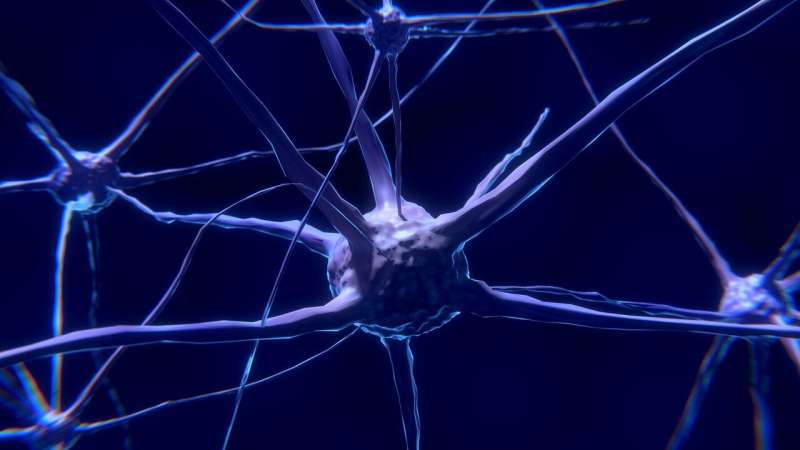 Rare diseases, as the name indicates, only affect a small part of the population. However, for those affected they are particularly challenging, often especially because research into such rare diseases tends to be less of a priority. One of these diseases is hereditary spastic paraplegia (HSP), a disease that causes spasms and weakness in the leg muscles, increasingly affecting mobility as the disease progresses. Approximately 77,000 people across Europe suffer from the condition. Researchers have already discovered that the disease starts in nerve cells in the brain. These are obviously particularly difficult to investigate.

A research team led by Dr. Tania Rizo and Prof. Dr. Beate Winner have developed an innovative approach: they take skin cells from those affected, reprogram them into stem cells, then subsequently reprogram these cells into brain cells that they can use for research purposes. They have already discovered that people suffering from HSP have problems with calcium regulation.

Neurons in our brains have many varied functions. If they are to function properly, they need a functional track network that they can use to transport proteins and other cell components. This system is made up of microtubules. These microtubules have to be able to be restructured flexibly at any time. This is where the protein spastin comes into play, acting like a construction team to repair damage on the tracks. Brain cells of patients with spastic paraplegia have less spastin in their brain cells than healthy people. The effect: transport processes in nerve cells are disrupted, the nerve fibers or axons eventually degenerate entirely and patients experience severe difficulty walking, or even paralysis of the legs. But why is that the case? Which mechanisms are involved?

The researchers Dr. Tania Rizo and Prof. Dr. Beate Winner from the Department of Stem Cell Biology at FAU have succeeded in tracking down one of these mechanisms in collaboration with the Department of Molecular Neurology at Universitätsklinikum Erlangen led by Prof. Dr. Jürgen Winkler and Prof. Dr. Michael J.M. Fischer, formerly the Institute of Physiology and Pathophysiology at FAU. With the support of the Förderverein für HSP Forschung, they discovered that the changed quantities of spastin play a key role for the vital regulation of calcium ions in cells. This specific type of calcium regulation is referred to as “store-operated calcium entry,” or SOCE for short. It is also thought that when this mechanism malfunctions it contributes to other neurodegenerative diseases such as Parkinson’s or Alzheimer’s.

Tania Rizo and Beate Winner have taken a special approach in order to track the changes occurring within this mechanism: they have re-programmed skin cells from HSP patients into induced pluripotent stem cells. These cells are very special: they can be transformed into any type of cell, including brain cells. The researchers at the Department of Stem Cell Biology at FAU have been able to use this method particularly successfully to transform stem cells into brain cells which would otherwise be extremely difficult to access. This allows them to take a targeted approach to investigating the causes of neurodegenerative diseases and look for solutions to tackle the root causes.