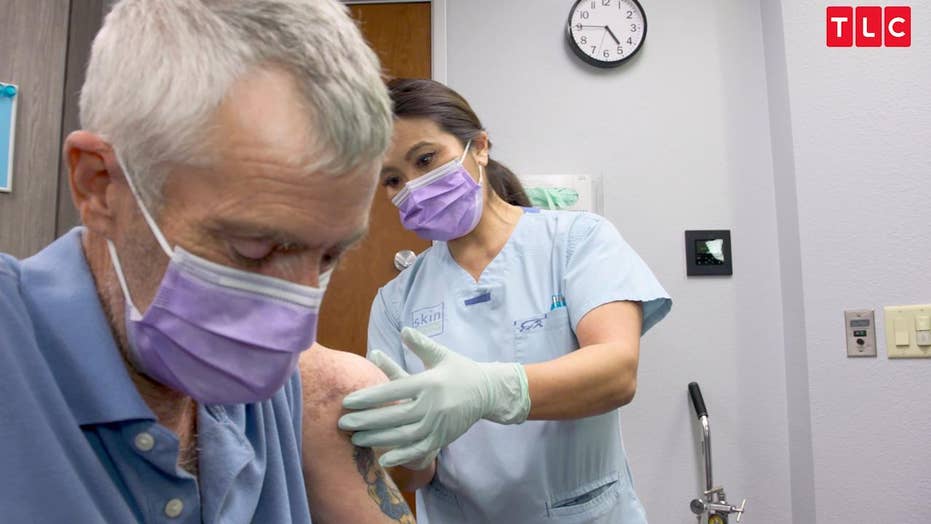 A patient with a 3-pound growth on his shoulder that he said smelled like ’10 dead rats’ appears on TLC’s ‘Dr. Pimple Popper’ to get it removed.

A patient who nicknamed the massive three-pound growth on his shoulder “Chip” said that over the last 11 years it had started “smelling like rotten deer head” before starting to resemble the odor of “10 dead rats.” Appearing on the TLC hit show “Dr. Pimple Popper,” the patient, identified as Leonard, said he struggled to seek help because of his fears of visiting a doctor and being around sick people.

'I AM JAZZ' SURGEON DENIES POSTING HOMOPHOBIC COMMENTS ON SOCIAL MEDIA, SAYS HE WAS HACKED

Leonard told Dr. Sandra Lee, better known as “Dr. Pimple Popper,” that the growth was painful and “feels like two pairs of pliers grabbing my skin and ripping it apart very slowly,” according to The Sun.

Lee, who said she had never seen anything like it, identified the growth as a lipoma and was able to remove it for Leonard in her office. Lipomas are benign tumors made of fat tissue, which are soft to touch and usually do not cause pain. But according to the Cleveland Clinic, patients may begin to experience pain if the lipoma presses on the nerves or has blood vessels growing through it.

Leonard said that his growth had started small and gradually grew to cover his shoulder. He said a previous doctor that he sought help from had split it open, causing more issues.

Once she removed it, Lee said the shape of the lipoma was “like a flower,” according to The Sun.