You know the saying “you are what you eat?” Well, there’s some truth to it, at least as far as your brain’s concerned. While eating the right foods can help you feel better, and even fight dementia, the wrong foods can negatively impact your cognitive abilities and even increase your risk of developing dementia, Alzheimer’s, and other diseases that can affect your memory.

Here are 15 foods to avoid if you want to improve your brain’s health and live a long, healthy life. 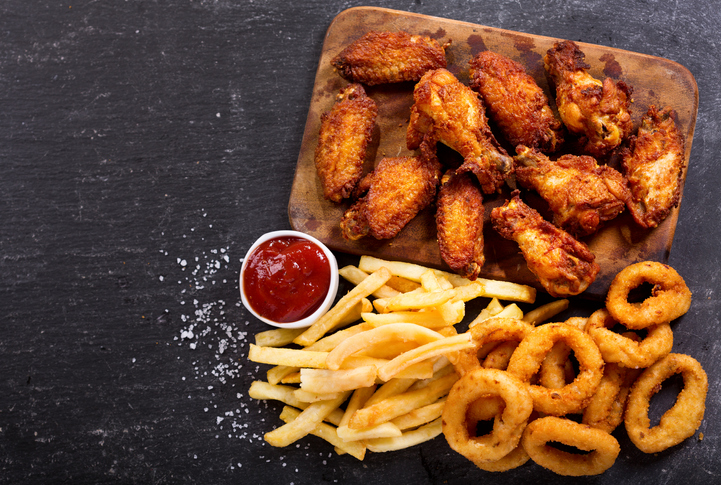 There’s no denying they taste good, but anything fried is just all around bad for you. In addition to being loaded with fat and calories, fried foods also cause inflammation in your brain, leading to memory loss and brain fog. Not to mention eating a diet high in fried foods leads to weight gain, and weight gain can negatively impact your brain’s health. Opt for baked or grilled meats, potatoes, and veggies instead of fried. Your brain will thank you.

Next: Say goodbye to your favorite drive-thru. 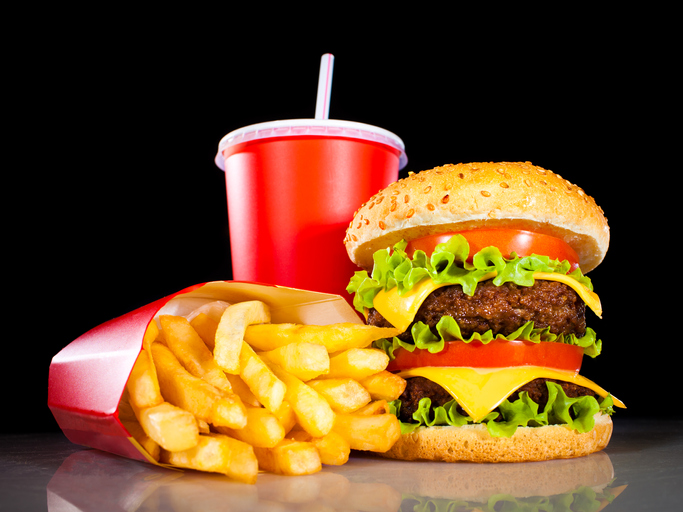 This one probably isn’t a shocker for anyone. Fast food is sky high in saturated fats, which can make it difficult for your body to fight off the plaque that causes Alzheimer’s. In addition, fast food is loaded with sodium, which causes almost immediate memory decline. If you have ever had a hard time concentrating after eating a meal from your favorite fast food restaurant, you know what we’re talking about. If you can’t avoid eating at a fast food restaurant, opt for a salad or grilled chicken sandwich to save calories and reduce your sodium intake. 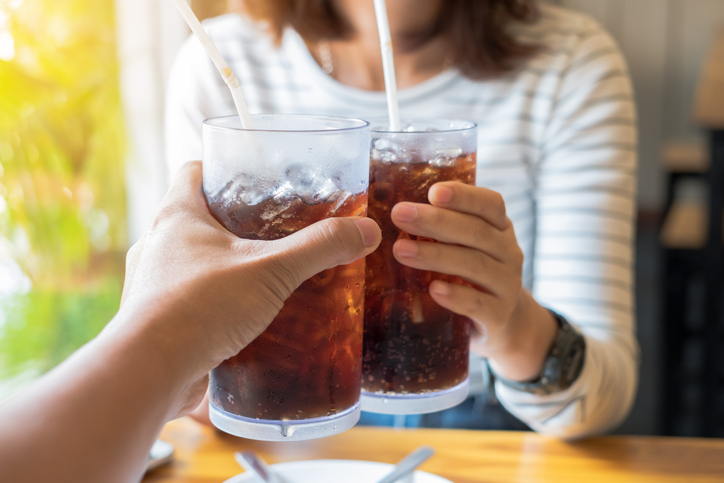 There’s absolutely nothing nutritional about soda or other sugary drinks. Aside from a quick sugar rush (followed by a slow sugar crash), you don’t gain anything besides added calories. And soda isn’t the only culprit. Sugary drinks include energy drinks, sports drinks, and juices. A 2017 study even found a link between a daily soda habit and dementia.

Sip on water instead of sugary drinks. If you can’t stand the taste of plain water, infuse it with your favorite fruits for a naturally sweet and refreshing drink that will keep your brain and body hydrated and running on all cylinders.

Next: You can feel better about not eating Mom’s tuna casserole.

4. Tuna and some other fish 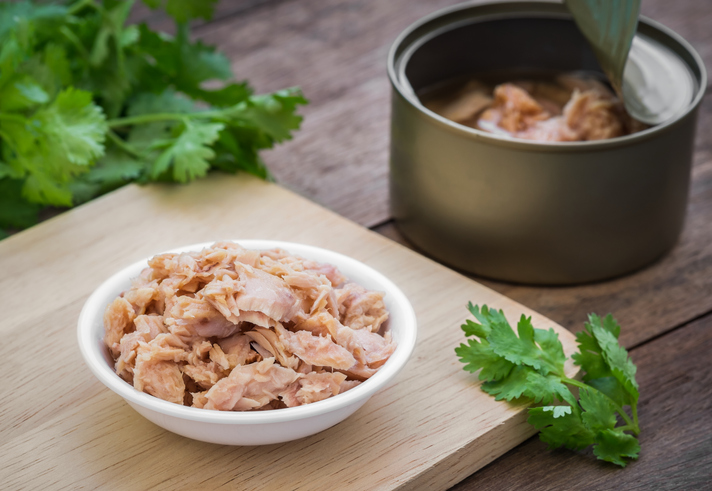 Some fish is good for your brain, but fish that’s high in mercury can negatively impact your cognitive function. Fish that fall into this category include tuna (fresh or frozen), king mackerel, orange roughy, swordfish, shark, tilefish, escolar, and canned albacore tuna.

Unfortunately, fish are highly susceptible to mercury since mercury is abundant in the ocean. They absorb it through their gills and can store it long-term.  Because mercury levels can vary depending on your location, your best bet is to consult with your local food and safety agency to see what fresh fish is high in mercury so you can avoid it.

Next: This is bad news for wine lovers. 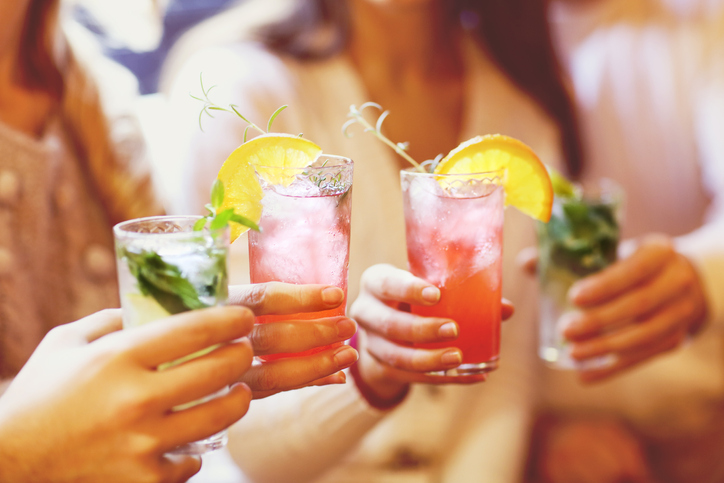 While some research suggests that one glass of wine per day can have some health benefits, more than that can lead to lower cognitive function and lower overall brain health.

A recent study of over one million dementia patients in France found that one of the most preventable causes of dementia is alcohol consumption and alcohol-related disorders. In particular, the majority of early-onset dementia patients suffered from alcoholism or heavy drinking.

Next: Little Debbie isn’t so innocent after all … 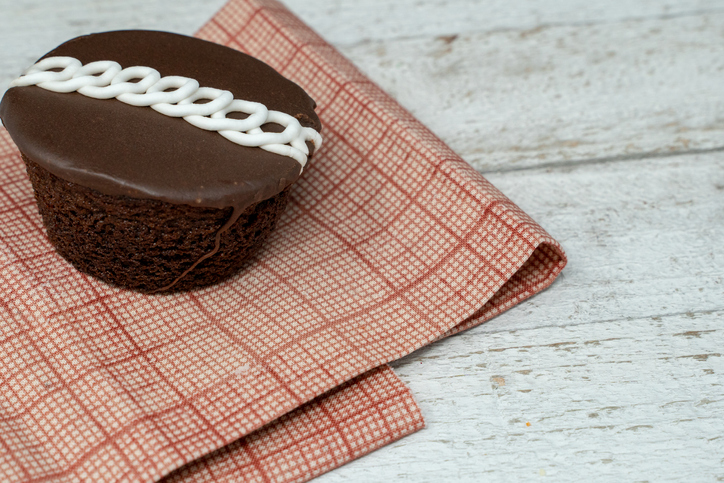 They might be delicious and easy to eat on the go, but packaged baked goods, including seemingly healthy options like muffins, are bad for your brain’s health. That’s because they contain trans fats.

Studies have shown a correlation between a diet high in trans fats and lower brain volume, poor memory, and a decline in cognitive functioning. Trans fats contribute to a faulty cell membrane structure, which leads to increased cell degeneration in your brain.

Swap out trans fats for healthy fats. Use olive oil instead of butter, add an avocado to your sandwich instead of mayo, and start making your own salad dressing instead of using the store-bought stuff.

Next: Put down that salt shaker 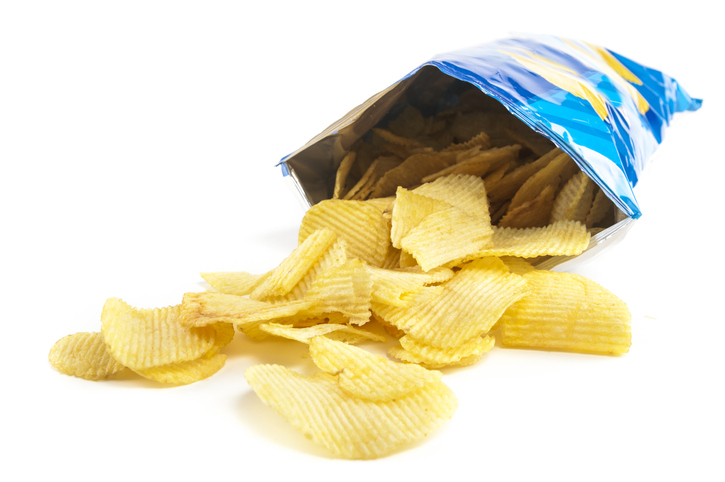 A little salt goes a long way. Too much salt is a problem. People who eat a high-sodium diet are at an increased risk of developing dementia or Alzheimer’s, according to a recent study done on lab mice. This can happen even if there isn’t a correlative increase in blood pressure.

Avoid high sodium packaged foods, and only salt your food to taste when you cook at home. Use other spices to flavor foods for added health benefits.

Next: It’s bad for more than just your teeth. 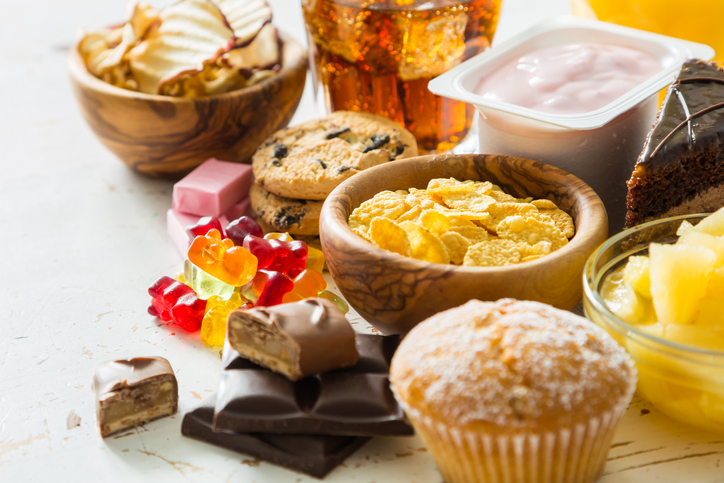 Artificial sugars, like aspartame, along with added refined sugars are bad for your waistline and for your brain. In fact, research suggests that there is a direct correlation between diabetes and dementia. A recent study followed over 5,000 people over a decade and found a connection between cognitive decline and sugar intake.

Avoid packaged foods, since they almost all include added and artificial sugars. Cook and bake at home, and eat more whole foods than packaged foods in your daily diet.

Next: These pantry staples could be hurting your brain health. 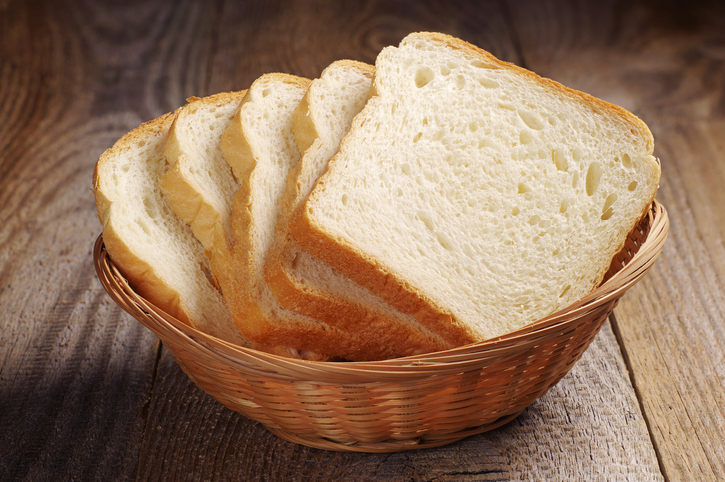 You probably have them sitting in your pantry right now. Refined carbs include white rice, pasta, white bread, sugar, and cereal (among others). They’re bad for your brain health because they get absorbed into your bloodstream extremely fast, leading to a spike in blood sugar. And, as we’ve seen, there’s a correlation between brain health and blood sugar.

Whole wheat carbs are better than refined carbs, so choose 100 percent whole wheat bread, rice, and pasta instead of the white stuff to avoid some of the damage.

Next: All oils are not created equal. 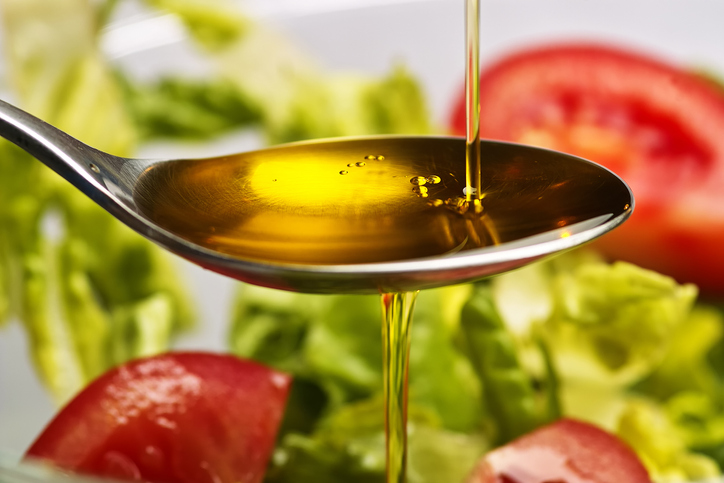 You might think that vegetable oils are better for you than butter, but that’s not the case. Certain oils, including sunflower, soybean, and canola, have higher levels of omega-6. This is a fatty acid that can lead to brain inflammation. Any level of inflammation in your brain is bad for you.

Better alternatives are oils that have omega-3s. Olive oil is a popular substitute for butter and vegetable oils. You can use it anywhere you would use butter, including over vegetables, in baked goods, and even on popcorn!

Next: Time to bring back meatless Mondays. 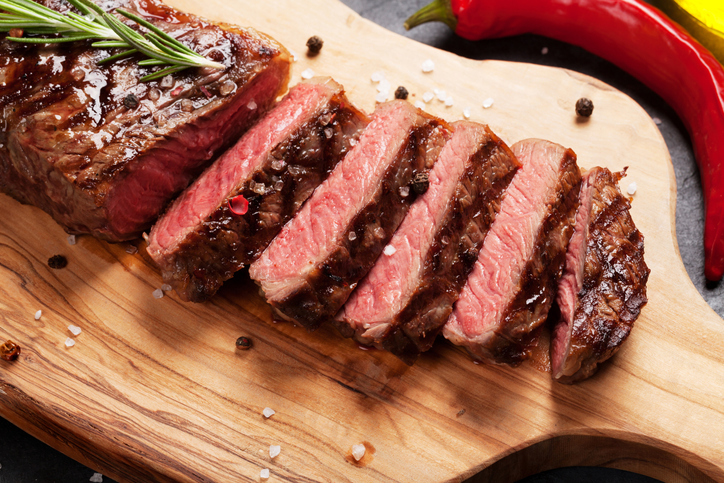 Some red meat is good for you, but you don’t want to have too much in your diet. Studies have shown a correlation between populations that eat diets high in red meat and increased instances of Alzheimer’s. One theory is that red meat contains iron, which, in moderation, is good for us. But too much iron can promote what researchers call oxidative damage. This can lead to cell deterioration and damage in the brain.

Eat more plant-based meals, and avoid eating red meat every day to make sure you aren’t getting too much of a good thing. When you do eat meat, choose a grass-fed option.

Next: Don’t use these as your red meat substitutes. 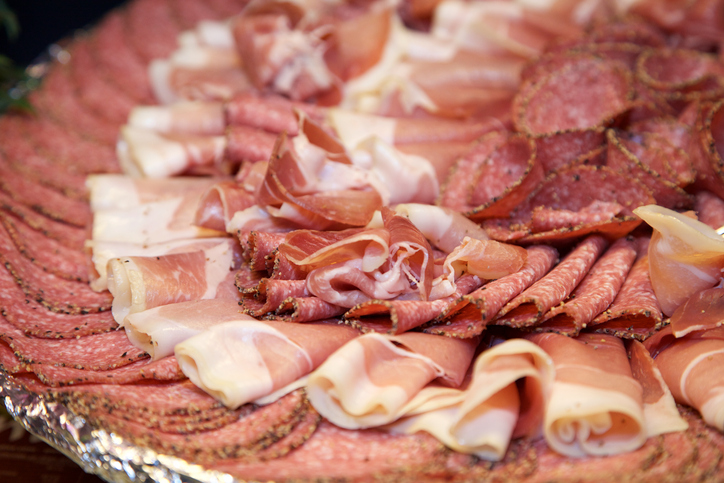 Like other packaged foods, packaged meats (including deli meat, hot dogs, bacon, and canned meats) are full of added preservatives, sugars, and sodium. These are all toxic to our bodies and, in particular, to our brains. Though they’re easy to heat and eat, the convenience that comes from packaged meats isn’t worth the damage your body and brain will take.

If you just have to have your bacon fix, opt for nitrate-free bacon and limit your intake as much as possible to stave off the negative effects.

Next: Lay off the cheez whiz. 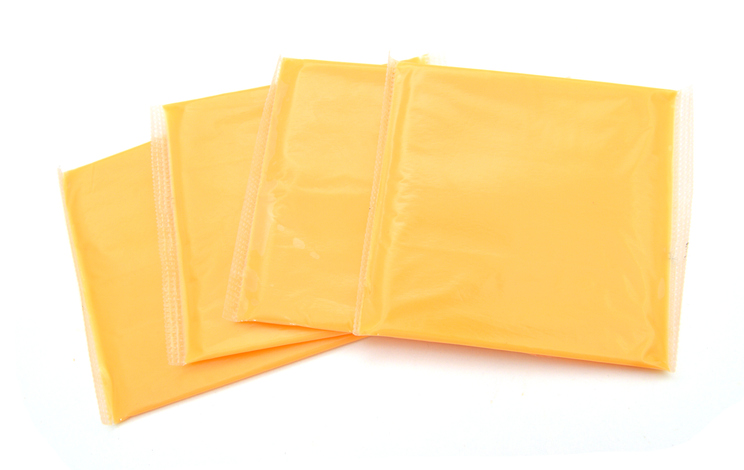 By now you’ve probably figured out that any type of food with the word “processed’ in it is bad for your brain health. Processed cheese is no exception. This includes packaged shredded cheese, sliced cheese, and even stringed cheese. Packaged cheeses build up proteins in your body that have been linked to Alzheimer’s.

If you are a cheese lover, opt for natural cheeses. Start shredding your own, and swap American cheese (which is completely processed and unnatural) with something that’s more natural.

Next: It’s in a lot of foods you eat every day. 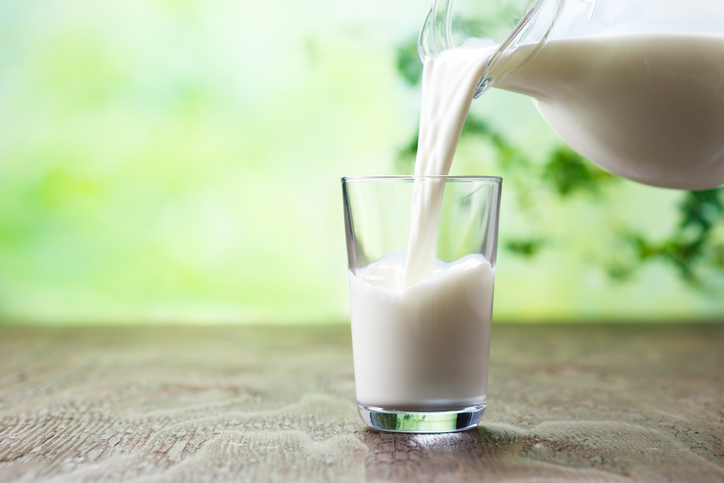 Some saturated fat is OK, but you don’t want it to make up a substantial part of your diet. Several studies have found a correlation between diets high in saturated fats and Alzheimer’s.

Next: This sneaky substitute is just as bad for you as the original. 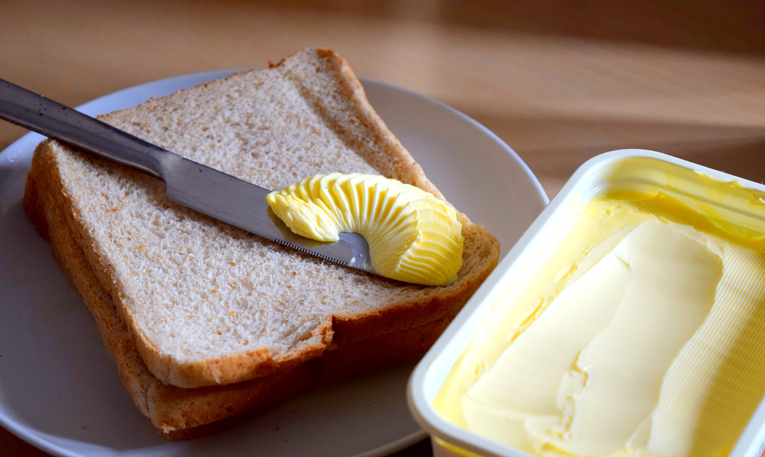 A lot of people mistakenly think they’re making a good, healthy decision when they opt for margarine over butter to bake with or put on their morning toast. But when it comes to your brain health, margarine is just as bad for you as butter. That’s because of the clumping of the protein beta-amyloid, which is one of the hallmark features of Alzheimer’s. Researchers think that margarine can enhance the toxic effects of beta-amyloid on your brain, leading to Alzheimer’s and memory loss.