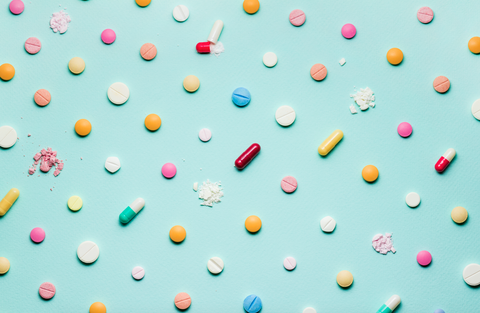 There was once a time when it seemed like every guy had a bottle of multivitamins stashed in his kitchen cupboard. Doctors and dietitians, after all, recommended the pills for shoring up a poor diet. And they at least couldn’t hurt, right? Well…

We asked two experts for their take on the multivitamin debate.

The Expert: Michael Roizen, M.D., Chairman of the Wellness Institute at Cleveland Clinic

The Stance: Yes. Multivitamins have promising long-term and reproductive perks.

I take a multivitamin every day—and I’d recommend that the 50 percent of Americans who don’t take one start. While it’s true that the data on multivitamins in the short-term isn’t beneficial for otherwise healthy men, the 20-year data shows a significant benefit for heart disease and cancer risk.

In one study, men who took a multivitamin were 43 percent less likely to have a heart attack or stroke after 20 years than those that didn’t. In another, there was an 18 percent reduction in non-prostate cancers among men who took a multi (the research controlled for activity, diet, and smoking, among other things).

That’s why it makes sense for guys who are in their 20s, 30s, and 40s to start taking a multivitamin now so they can reap the benefits down the road. And a multi isn’t an excuse to eat whatever you want.

I’m not saying guys shouldn’t also pay attention to their diet (I advocate a plant-heavy Mediterranean approach), but it’s not likely that you’re eating all the nutrients you need all the time. Data suggests that 90 percent of men fall short in one or more of the 16 essential vitamins and minerals. Although not all multivitamins are created equal.

Look for a third-party seal, like USP or NSF, which verifies that what’s on the label is what’s actually in the pill. Choose a brand that contains the active form of folate called methylfolate, not folic acid; and consider taking half your multi in the morning and half at night to keep levels steadier so you’re less likely to just pee them out.

The Stance: No. Most people should skip the pills and focus on food instead.

If you’re a healthy guy and have no major dietary restrictions, you don’t need a multivitamin. A pill containing 20 vitamins and minerals is never going to replicate the complex mixture of healthful compounds in whole foods. Many people take a multivitamin end up using them to justify less healthy eating habits.

Professional organizations, including the U.S. Preventive Services Task Force, do not recommend multivitamins either. It’s not that they’re harmful (they typically contain safe levels of vitamins and minerals compared to some megadose single-nutrient supplements), but the research isn’t there that they’re all that healthful.

A few studies seem to suggest a benefit, but when you look at only the gold-standard studies—randomized clinical trials and meta-analyses—healthy people who eat well don’t experience any additional benefit from a multivitamin. The one exception so far: a trial that found an 8 percent reduction in cancer risk among initially healthy men who took a daily multi for more than a decade.

But you’d still be better off putting your effort and money into eating a loads of colorful vegetables and fruits, along with whole grains, high quality meats, fish, and dairy, and sources of unsaturated fats like olive oil and nuts. This Mediterranean approach has been associated with a reduced risk of chronic disease.

There are, of course, exceptions. If you have a highly restricted or poor diet, suffer from a gastrointestinal problem that impairs nutrient absorption such as Celiac disease, or take certain medications including proton pump inhibitors for heartburn, then you may need a multivitamin and/or a specific nutrient supplement.

Skip the multivitamin and spend that money on higher-quality food. Even though taking a multi won’t hurt, and the long-term effects could be beneficial, a diet rich in fruits, vegetables, healthy fats, and lean proteins will help you live a full life. Plus, those foods are way more delicious than a pill.