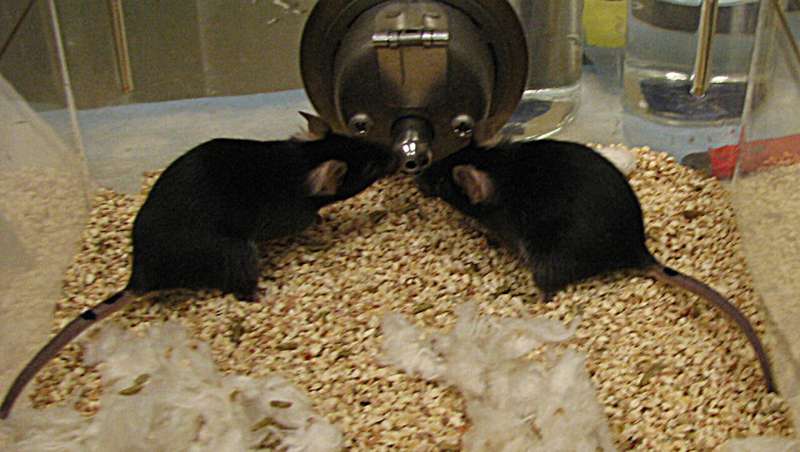 Have you ever met someone you instantly liked, or at other times, someone who you knew immediately that you did not want to be friends with, although you did not know why?

Popular author Malcolm Gladwell examined this phenomenon in his best-selling book, Blink. In his book, he noted that an “unconscious” part of the brain enables us to process information spontaneously, when, for example, meeting someone for the first time, interviewing someone for a job, or faced with making a decision quickly under stress.

Now, a new study from the University of Maryland School of Medicine (UMSOM) suggests that there may be a biological basis behind this instantaneous compatibility reaction. A team of researchers showed that variations of an enzyme found in a part of the brain that regulates mood and motivation seems to control which mice want to socially interact with other mice—with the genetically similar mice preferring each other.

The UMSOM researchers, led by Michy Kelly, Ph.D., Associate Professor of Anatomy and Neurobiology, say their findings may indicate that similar factors could contribute to the social choices people make. Understanding what factors drive these social preferences may help us to better recognize what goes awry in diseases associated with social withdrawal, such as schizophrenia or autism, so that better therapies can be developed.

The study was published on July 28 in Molecular Psychiatry, a Nature publication.

“We imagine that this is only the first among many biomarkers of compatibility in the brain that may control social preferences,” said Dr. Kelly. “Imagine the possibilities of truly understanding the factors behind human compatibility. You could better match relationships to reduce heartache and divorce rates, or better match patients and doctors to advance the quality of healthcare, as studies have shown compatibility can improve health outcomes.” 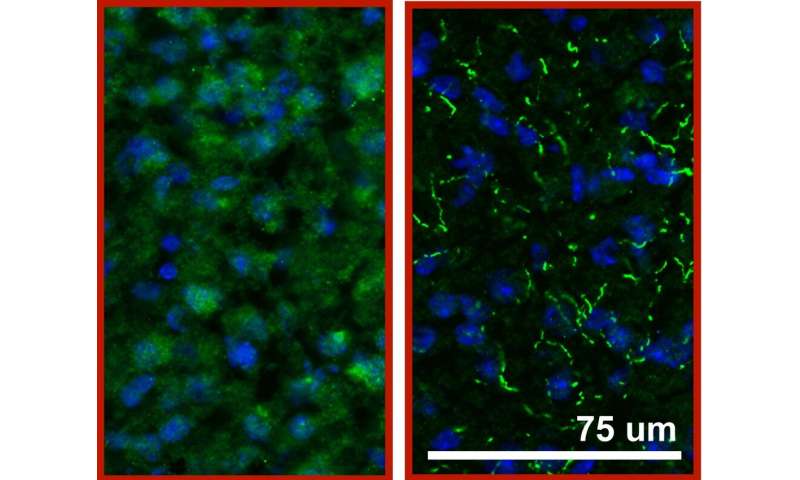 A succession of unlikely events and circumstances over the years eventually culminated in this research project, according to Dr. Kelly.

While she was working at a pharmaceutical company, a group of bone researchers asked Dr. Kelly to characterize the behavior of one of their mutant mice that was missing the PDE11 protein. She observed that these mice without PDE11 withdrew socially, so she knew that PDE11 had to be in the brain. She remembered a study that used a mouse model of schizophrenia in which the researchers damaged the brain’s hippocampus leading to antisocial behavior. She then looked at this part of the brain in healthy mice and found where the PDE11 protein was hiding.

Later, as a faculty member at University of South Carolina, she continued studying the social behavior of mutant mice in terms of their social reactions to scent. In the lab, researchers took wooden beads rubbed all over with pungent, airborne pheromones from one group of mice, and placed them in an enclosure with a second group. A mouse presented with one bead from a familiar friend and another from a new stranger mouse would typically spend more time investigating the bead with the stranger’s scent on it. When researchers looked at the PDE11 mutant’s preferences, they favored the stranger’s scent one hour or one week after meeting their friend, but one day after meeting—considered recent long-term memory for a mouse— their social memory seemed fuzzy, and they did not differentiate between a friend and a stranger. To the researchers this meant, the mice’s short and long-term social memory worked fine, but there was a problem coding the information into recent long-term memory—the time between short and long-term memory. Given more time, they would eventually recover that memory.

A student working in the laboratory offhandedly remarked that he noticed children with autism prefer to interact with others that have autism. So, Dr. Kelly decided they should test to see if the PDE11 mutants and normal mice had a preference with whom they interacted. The researchers found that PDE11 mutants preferred being around other PDE11 mutants over the normal mice, while normal mice also preferred their own genetic type. This discovery held true even when researchers tested other laboratory mouse strains. When they tested another genetic variant of PDE11 with a single change in the DNA code, mice with that genetic variation preferred other mice with the same variant over any others.

“So, what is it that the mice are sensing that determines their friend preferences?” said Dr. Kelly. “We eliminated smell and body movements as contributing factors, but we still have some other ideas to test.”