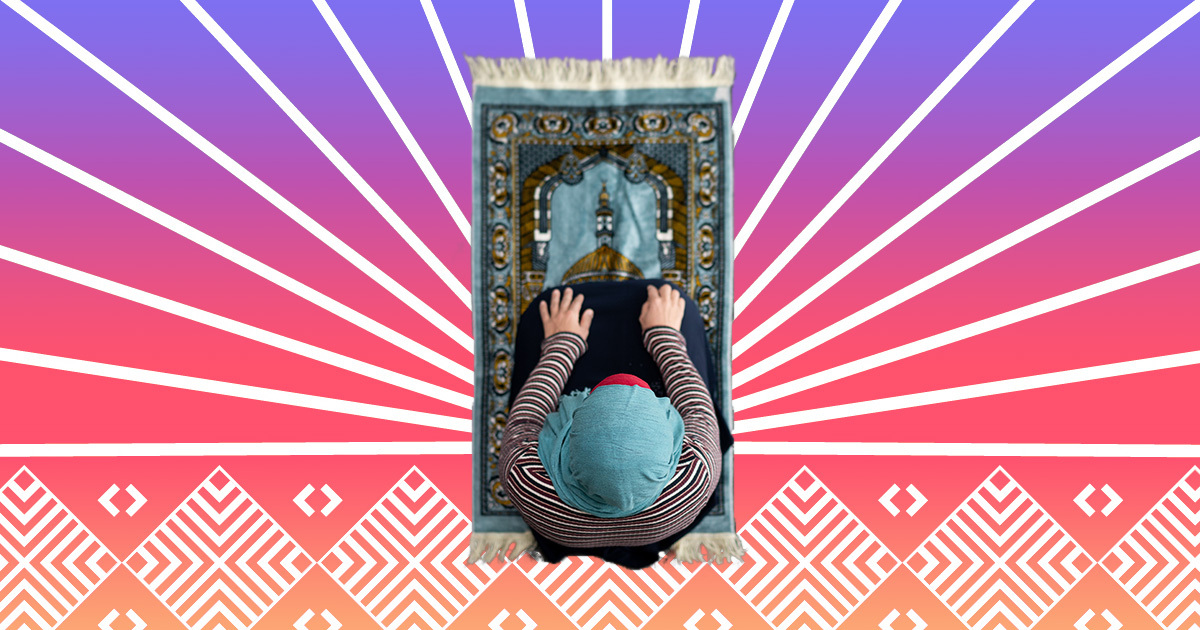 My phone alarm rouses from a peaceful slumber me at 2.30am and, after a failed attempt to hit the snooze button (I cleverly tossed it across my room the night before), and one stubbed toe later, I’m up, washed, and ready to pray.

This act of worship, known to Muslims as Tahajjud, is not for the faint hearted, but for those who have mastered waking up in the middle of the night to offer a voluntary prayer, it might lead to countless benefits, including improved wellbeing, better mental health, and more energy. Yes, really.

Muslims are told to pray five times a day. Those who do follow this rule can attest to how it has benefitted their overall health and mental wellbeing.

In fact, research found that Muslims who suffered depression were able to better placate the symptoms through prayer.

To attain a higher level of spiritual awakening, Muslims are guided to also pray Tahajjud – a prayer that can be performed from late night, up until 15 minutes before the sun rises.

The art of praying Tahajjud requires a lot of discipline and some level of broken sleep.

With health experts constantly reiterating the importance of getting in eight or more hours, the question is: can the benefits of prayer outweigh the benefits of a solid eight hours of sleep?

Can less sleep be good for you?

It could be argued that spiritual fulfilment (through meditation, prayer, jounaling, etc) is more beneficial than hitting the snooze button for the tenth time. Some experts even go as far as to claim that broken sleep is good for you.

According to historian Roger Ekirch, many of our modern health problems have roots in the way we ignore the body’s natural preference for broken sleep. His research found that before the discovery of artificial light, humans slept for a few hours before waking to engage in activities and then going back to sleep.

Studies have also found that prayer and meditation can deliver similar benefits for mental performance as slumber.

Despite the evidence, as someone who believed I needed eight hours of sleep, I wasn’t initially convinced that waking up in the middle of the night would benefit my health.

However, Muslims are told that the prayer made in the last third of the night ‘is like an arrow that never misses the mark’ and so I was determined to at least give it a go.

At first, I found it impossible to fall back to sleep after praying, which meant I was getting just three to four hours of rest. I read countless books and studies on sleep cycles and REM to understand how I could combat this, because I wasn’t ready to give up.

I found that going to bed earlier helped – and so I swapped mindless scrolling and Netflix-bingeing for an extra hour or two to sleep.

I also utilised afternoon naps – something that is strongly recommended in Islam to help you wake up early for prayers.

With a little practice, some discipline and an alarm that I had to turn off from the other side of the room, I found myself more able to wake up and not feel tired throughout the day.

Does praying in the middle of the night boost your wellbeing?

Yes, and no. Since Covid, I’ve woken up to pray once a week and have found my anxiety and stress levels plummet. The serenity and peace of being able to pray, contemplate and think, in a world of noise and constant notifications has been a marvel. Health-wise – well, I still binge eat chocolate and refuse to exercise… so I can’t quite comment on that.

Dr Tamara Gray, founder of Rabata, an organisation dedicated to promoting positive cultural change, who has written extensively on sleep and prayer, says: ‘It is time to examine our expectations of sleep as a source of energy.

She continues to reiterate the importance of nurturing both body and soul, when it comes to rest and sleep: ‘When the soul and the body are exhausted, as they are for most people today, it can feel like no amount of rest will ever be enough.’

This is somewhat true. There have been times when I have found myself tired even after a week of full sleep. And then, there are times when I wake up before sunrise to pray and journal and feel rested for the remainder of the day.

Of course, it hasn’t always been easy. There are nights when I’m too exhausted to get up and I still wince at the 2am alarm that goes off during the summer months, when sunrise is much earlier.

But for me, the benefits of early starts and night prayers still outweigh the inconvenience of a stubbed toe or eye bags.

We live in a time where we are told we need eight hours of sleep, two litres of water and seven portions of fruit and veg a day – yet most of us are still exhausted, stressed and burnt out. Could this be a sign from our bodies telling us that we need to give the same attention to our mental wellbeing? Probably.

Waking up in the middle of the night might not be for everyone – but for me it’s been life-changing. I have no plans to go back to my snooze button ways.