Researchers studied severe acute respiratory syndrome coronavirus 2 (SARS-CoV-2) viral loads in over a thousand individuals, including both adults and children. They found the loads to be comparable, suggesting they may play an equal role in coronavirus disease 2019 (COVID-19) transmission.

How children play a role in the spread of COVID-19 is something that is still not very clear. Children seem to be less susceptible to SARS-CoV-2, the pathogen that causes COVID-19, and typically develop mild cases if they become infected. 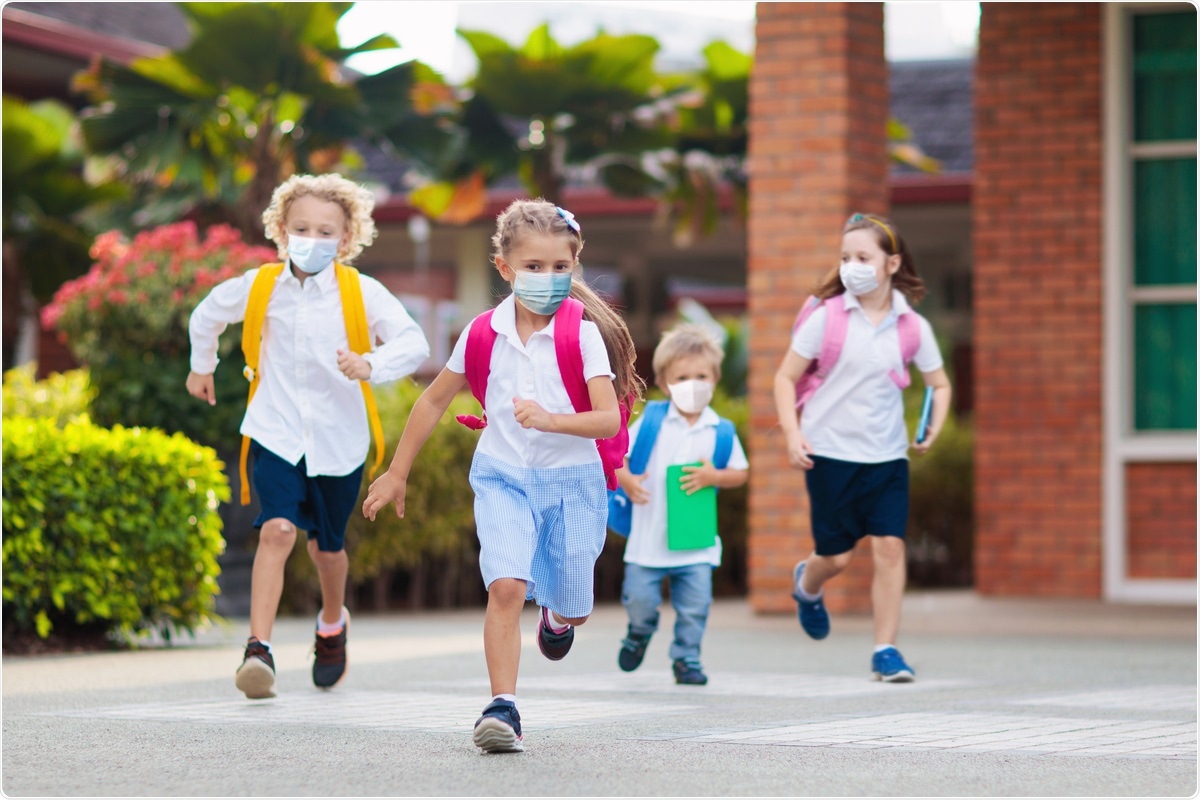 Studies have found a correlation between viral RNA loads in the upper respiratory tract (URT) and the probability of obtaining live virus in cell cultures for adults and children. Transmission risk has also been associated with viral loads in primary cases. Hence, URT viral loads could serve as an indicator of virus contagiousness.

However, there is not much information about how the UTR viral loads differ between adults and children, how viral loads change in children with age, and how viral shedding in the URT is different between symptomatic and asymptomatic children. Understanding this will help design better preventive strategies.

To answer these questions, researchers from Spain conducted a retrospective study of adults and children who had COVID-19. They published their results in the medRxiv* preprint server.

The authors looked at 1,184 participants who tested positive for SARS-CoV-2 between June 2020 and January 2021, of which 256 were less than 18 years old. Among the participants, 424 were positive but did not need hospitalization and 760 were asymptomatic close contacts of the patients.

When they studied the initial viral loads between children and adults, they found comparable virus loads in both. Although the viral loads in children tended to be lower, the difference was not statistically significant.

There was no difference in viral loads among the different age groups of children or adults. In addition, the team found that the fraction of nose and throat samples that would lead to infectious virions were similar for adults and children.

The team also tested asymptomatic primary contacts of the symptomatic cases. They found a wide range in the viral loads for both children and adults and were comparable, with no difference depending on different age groups. 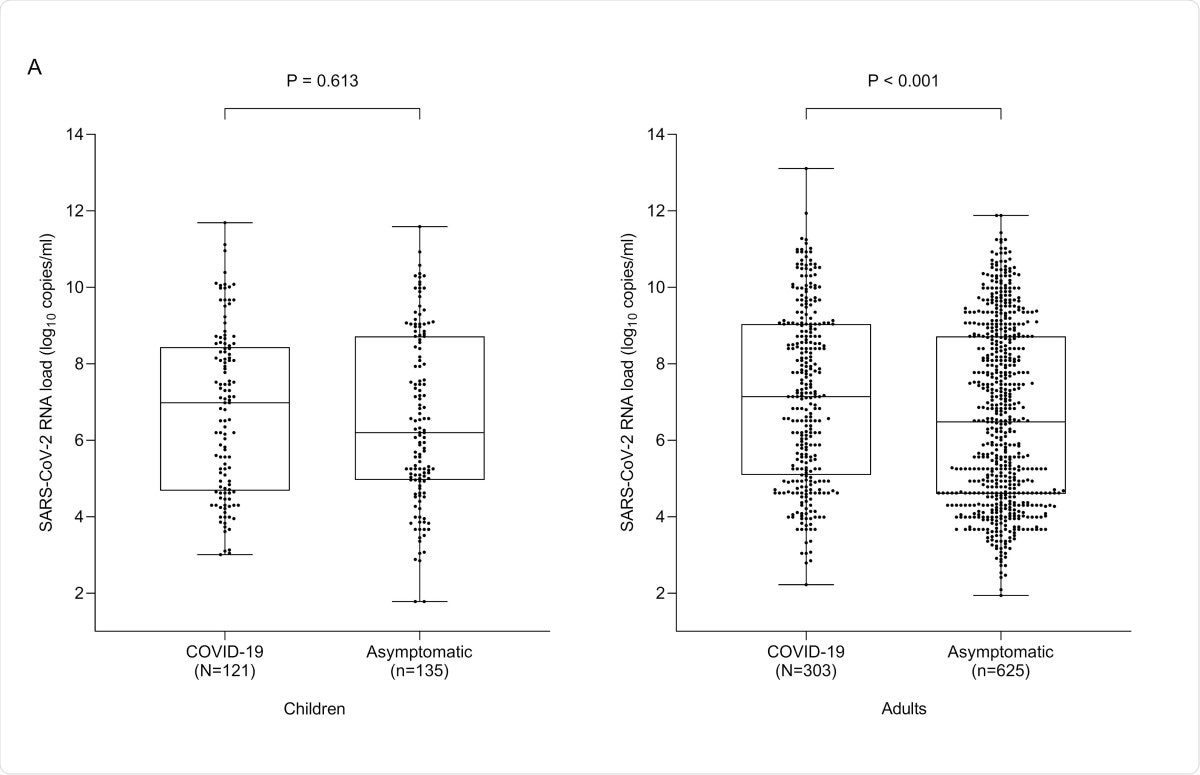 Comparison of estimated initial SARS-CoV-2 RNA loads in nasopharyngeal specimens from children (A) and adults (B) either asymptomatic or presenting with COVID-19. Medians are indicated by midlines, the top and bottom edges of boxes represent the interquartile range (IQR). Whiskers indicate the upper and lower values. The number of patients in each group as well as P values for comparisons between groups (median SARS-CoV-2 RNA levels) are shown.

Other studies previously have also reported that SARS-CoV-2 viral loads in children and adults are similar in the initial days after symptom onset. Although some studies have also reported no difference in viral loads in the different age groups among children, other studies have shown children below five years have lower virus loads. Studies with larger sample sizes may help understand this better.

Furthermore, since there was no difference in the samples potentially yielding infectious virions, it is likely that even asymptomatic children could contribute to virus transmission as much as adults.

When viral loads are compared in symptomatic and asymptomatic adults, previous studies have found the loads to be overlapping. However, in this study, the authors found that symptomatic patients had much higher viral loads. But, there was no difference when the samples were taken immediately after symptom onset, suggesting the timing of sample collection matters.

Since commercially available SAR-CoV-2 tests do not allow studying sample cellularity, the researchers compared randomly selected samples to assess cellular content via a parallel RT-PCR and housekeeping gene set. The results suggested differences in cellularity did not have an impact on the results.

The authors note a few limitations of the study. They were not able to determine the clinical outcome, determined by peak viral loads, in a lot of asymptomatic patients. Since only initial viral loads were used, individual-level virus replication rate was not captured.

In conclusion, the authors write, “Our findings indicate that children may spread SARS-CoV-2 in the general population at the same level as adults.” This understanding may help design better preventive strategies.