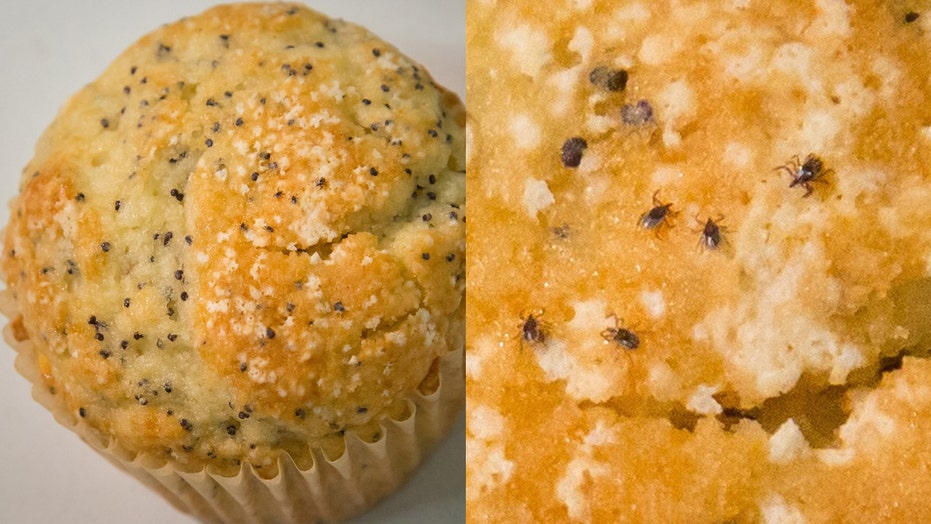 Fox News Flash top headlines for May 30 are here. Check out what’s clicking on Foxnews.com

As the warmer summer months approach, the Centers for Disease Control and Prevention is using an unusual, some might say unappealing, method to warn the public about tick bites.

The CDC took to Facebook Wednesday to share a post of seemingly appetizing poppy seed muffin but warned that a closer look would reveal five hidden ticks.

“Ticks can be a small as a poppy seed,” the agency cautioned.

The warning seemed to spark an uneasiness with social media users who were more focused on their lack of appetite as opposed to the risk of tick bites.

“My love for lemon poppy seed muffins had suddenly vanished. Thanks, CDC,” one user wrote.

“The poppy seed muffin I bought for breakfast is headed straight to the trash can. Thanks CDC,” another said.

The majority of social media users swore off the baked good but some joked that the repulsive post would help their waistline.

“My summer bod thanks CDC for the photo that started it all,” another said.

“Could you repeat this visual on donuts?” someone jokingly added.

“I no longer have to worry about my desire to buy costco muffins, especially since I could only spot 3,” another said.

This isn't the first time the CDC has dealt with some unfavorable feedback over their tick warning after the agency previously used the now-infamous poppy seed post last May.

The CDC coyly apologized in a tweet at the time saying “sorry we ticked some of you off!”

Tick exposure increases between April and September, with the critters mostly found in grassy or wooded areas, the CDC warns. Officials say people who may have been in areas prone to the insects should check under their arms, around their ears or in other small hidden crevices where the ticks can hide.

A tick carrying Lyme disease can infect a person and is usually spotted based on symptoms including fever, headache, fatigue, and a characteristic skin rash called erythema migrans, the CDC reports. At least 30,000 new cases are reported every year.