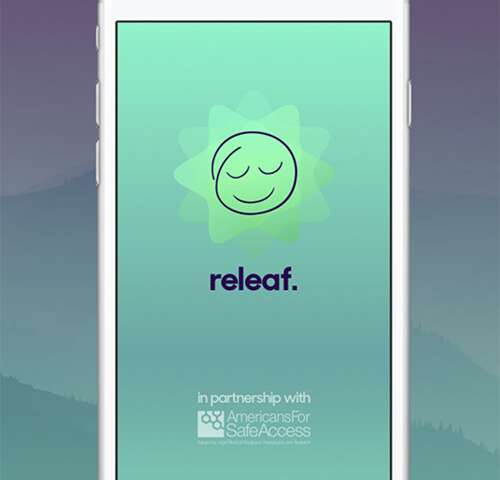 Depression is the most common mental health disorder in the U.S., affecting roughly one in five adults and is at the core of numerous other health conditions including cancer, substance use disorders, anxiety disorders, schizophrenia, dementia, diabetes, cardiovascular disease, chronic pain, and other physical disabilities. Until recently, there has been little research on the actual effects of common and commercially available cannabis products on mood and behavioral motivations more generally.

As a result of federal regulatory barriers to conducting clinical research on potential medicinal applications of the Cannabis plant in the United States, the existing research has been mostly limited to measurements of synthetic analog therapies or cannabis-derived formulates neither widely used nor generalizable to the extensive range of cannabis-based products used by millions of people every day.

Now, researchers at The University of New Mexico have examined the immediate effects of consuming natural Cannabis flower or “buds” on symptoms of depression using data collected by the Releaf App. The data showed that using Cannabis results in an average symptom improvement of nearly four points on a 0-10 scale just moments after consumption.

In a recent study, titled: “The Effectiveness of Cannabis Flower for Immediate Relief from Symptoms of Depression,” published in the Yale Journal of Biology and Medicine, researchers showed that the vast majority of patients that use cannabis experience antidepressant effects, although the magnitude of the effect and extent of side effect experiences varied with fundamental properties of the plant.

“One of the more interesting findings from this study,” describes investigator Jacob Miguel Vigil in the UNM Department of Psychology Department, “is that Cannabis flower with relatively high levels of tetrahydrocannabinol or THC is particularly associated with immediate reductions in the intensity of depressive feelings.”

Other, mostly animal studies show that, like conventional antidepressants, THC affects dopamine, serotonin, and norepinephrine generation. “The differences in time-to-effect and relative side effect prevalence across products and users may also be due to other antidepressant and synergistic compounds in the plant, and there may be several thousand cannabis strains, each with their clusters of compounds that have individual or interactive antidepressant effects, including cannabinoids, terpenes and flavonoids,” says Vigil.

The study observed 1,819 people who completed 5,876 cannabis self-administration sessions using the Releaf App, a mobile software application designed to help users manage Cannabis consumption by allowing users to record real-time changes in symptom intensity and experienced side effects. In addition to the general finding of the effectiveness of Cannabis flower with high THC levels, the researchers found that up to 20% of cannabis use was associated with some negative side effects that correspond to low moods, such as feeling unmotivated, but users were three times as likely to experience positive side effects, including feeling happy, optimistic, peaceful, and relaxed.

“With no end to the depression epidemic insight, and given the limitations and potential severe negative side effects of conventional antidepressant medications, there is a real need for people to be able to treat mood disturbances with natural, safe, and effective medications, and the Cannabis plant checks off all three boxes,” says Vigil. “One of the major reasons I wanted to conduct this study was to help find answers for a close colleague who confided in me that their loved one was struggling with severe depression and heavy cannabis use.

“My colleague didn’t know if cannabis contributed to the depression or if their loved one was using cannabis to self-medicate. While the former possibility has yet to gain unequivocal support, our study definitively shows that the Cannabis plant effectively and quickly reduces feelings of depression in the vast majority of people.”

By enabling prospective, real-time recording of cannabis administration sessions across a broad range of Cannabis flower strains throughout the U.S., the largest study of its kind to date, the electronic recording software made it possible to measure how consumption of Cannabis flower products affected changes in the intensity of feelings of depression and which types of common product characteristics are associated with the strongest effects.

“We are seeing very encouraging evidence that cannabis can be safe and effective for treating both depression and chronic pain,” says Ph.D. student and fellow researcher Jegason Diviant. “Phytocannabinoid isolates, such as THC or CBD, are less effective treatment options than whole-spectrum cannabis products. However, it is not enough to simply educate the public that whole-spectrum cannabis is superior to cannabis-derived isolates. There are thousands of cannabis strains, also known as chemotypes or chemovars, and they all have a unique phytocannabinoid and terpene profile.

“I predict that we will identify specific chemotypes that are optimal for treating various mental and physical health disorders as well as chemotypes that may be contraindicated for these disorders. This research is critical and essential for public health, and for us to properly conduct this vital research, the Schedule I classification must be lifted.”

Dr. Sarah Stith, an assistant professor in the UNM Department of Economics who studies pharmaceutical markets more generally, further explained the importance of the results, “This study focused on short-term relief from symptoms of depression, meaning we still do not have a complete understanding of the long-term relationship between cannabis use and depression. However, this study shows an obvious space for cannabis even within a conventional antidepressant medication regime, for short-term relief during the weeks of often very severe depressive symptoms before conventional antidepressants become effective.”