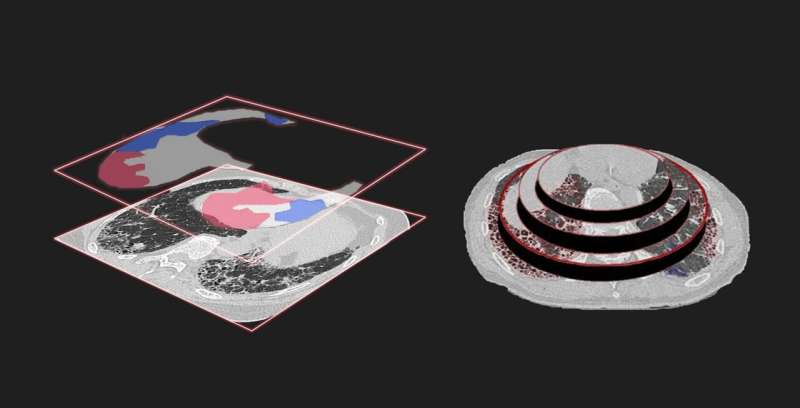 A Nagoya University research group has developed an AI algorithm that accurately and quickly diagnoses idiopathic pulmonary fibrosis, a lung disease. The algorithm makes its diagnosis based only on information from non-invasive examinations, including lung images and medical information collected during daily medical care.

Doctors have waited a long time for an early means of diagnosing idiopathic pulmonary fibrosis, a potentially fatal disease that can scar a person’s lungs. Except for drugs that can delay the disease’s progression, established therapies do not exist. Since doctors face many difficulties diagnosing the disease, they often have to request a specialist diagnosis. In addition, many of the diagnostic techniques, such as lung biopsy, are highly invasive. These investigative measures may exacerbate the disease, increasing a patient’s risk of dying.

Taiki Furukawa, Assistant Professor of the Nagoya University Hospital, in collaboration with RIKEN and Tosei General Hospital, has developed a new technology to diagnose idiopathic pulmonary fibrosis. Using artificial intelligence (AI), the group analyzed medical data from patients in Tosei General Hospital’s interstitial pneumonia treatment facility, collected during normal care. They found that their AI diagnosed idiopathic pulmonary fibrosis with a similar level of accuracy as a human specialist. They published their results in the journal Respirology.

Despite finding that their AI performed just as well as experts, the team stress that they do not see it as replacing medical professionals. Instead, they hope that specialists will use AI in medical treatment to ensure that they do not miss opportunities for early treatment. Its use would also avoid invasive procedures, such as lung biopsies, which could save lives.

“Idiopathic pulmonary fibrosis has a very poor prognosis among lung diseases,” Furukawa says. “It has been difficult to diagnose even for general respiratory physicians. The diagnostic AI developed in this study would allow any hospital to get a diagnosis equivalent to that of a specialist. For idiopathic pulmonary fibrosis, the developed diagnostic AI is useful as a screening tool and may lead to personalized medicine by collaborating with medical specialists.”