Working at 15 or 16 as a server or behind the counter at a fast food joint is basically a right of passage, and if you thought celebrities were exempt from this, think again, because so many of your favorite celebs got their start as waiters or cashiers or busboys — you name it — in the food industry.

As for me, my first job was a rollerskating server at Sonic. I barely knew how to skate, and I definitely didn’t know how to stop. I would either wrap my arm around a pole to slow down or full stop by accidentally skating right onto the hood of someone’s car. (The latter only happened once by accident, I swear, and the owner of the car hated me for it.) It was a shitty job, but it paid well in tips (in one day, I would make anywhere from $50 to $75), and I worked with my best friend, so it could’ve been worse.

As for celebs, Guardians of the Galaxy star Chris Pratt recently revealed that he started as a waiter at Bubba Gump. The Office star Jenna Fischer used to work as a cashier at Long John Silver’s. So it’s probably safe to say they’re more than familiar with the dread one feels when it’s their day to clean the restrooms or the feeling of driving with the windows rolled down to air your car out of the stench deeply embedded into your grease-stained uniform.

That said, here are some more of your favorite celebs who also worked in the very unglamorous, low-paying restaurant and fast food industry. 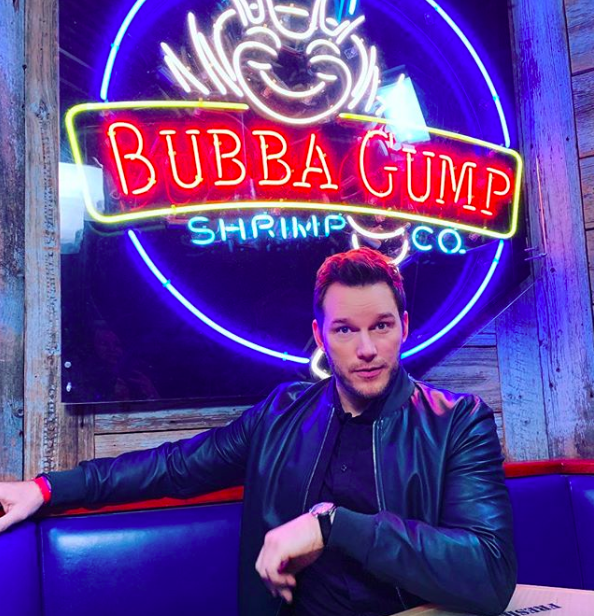 Let’s start with Pratt. As we mentioned, he worked at Bubba Gump Shrimp Company — 20 years ago.

“Every time I go back I’m reminded of the thousands of shrimp I ate off of people’s plates on the way back to the kitchen,” Pratt wrote in an Instagram post. “Please tip your server. Leave at least 20 percent. Also leave some shrimp.”

“I don’t know if you’ve ever had a dining experience at the Bubba Gump Shrimp Co., but they love a gregarious waiter who will get in your face and sing you birthday songs and do trivia,” he says. 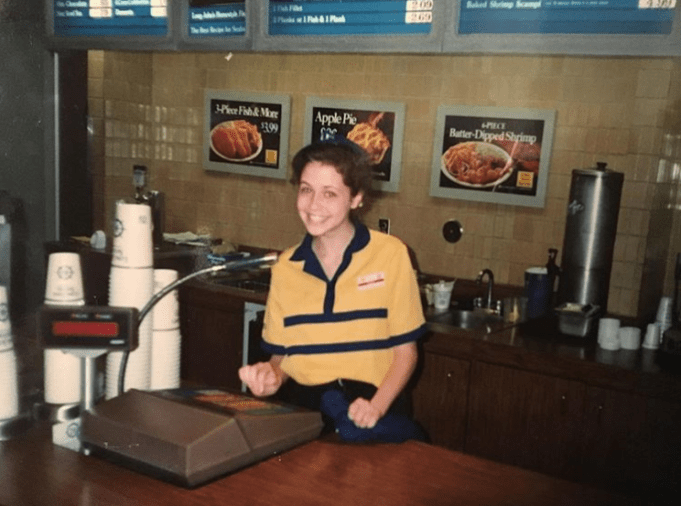 In an interview with Conan O’Brien, Fischer talked about her customer order-taking position at Long John Silver’s. But it wasn’t so much the revelation that she worked in fast food that was interesting; she revealed that when she found out the fry cooks made 70 cents more per hour, she applied as a fry cook, a position the manager wasn’t too thrilled about her taking because “girls have to stay up front.” She got the job anyway. 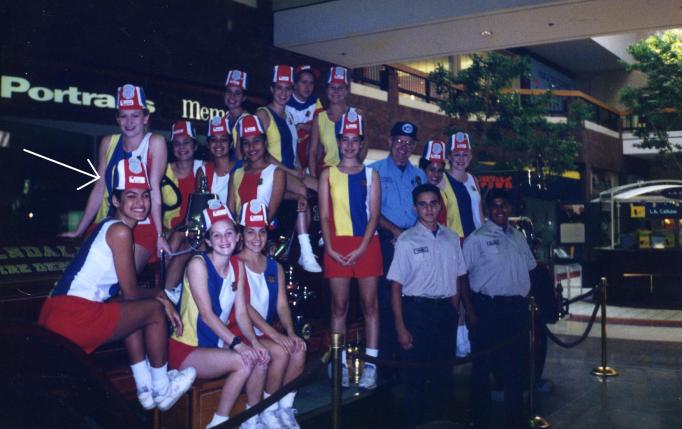 Eva Mendes? A server at Hot Dog on a Stick? It’s true, and the restaurant even has photo evidence of her time spent there on their website. 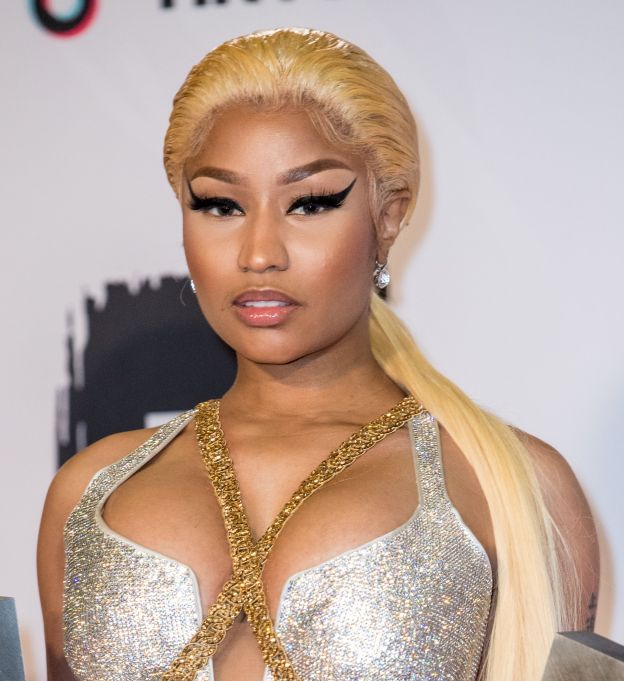 “I like dealing with people, but I don’t really like a lot of bullshit,” she says, adding that she got fired from her waitressing gig at Red Lobster because she followed a couple who took her pen into the parking lot and flipped them off. 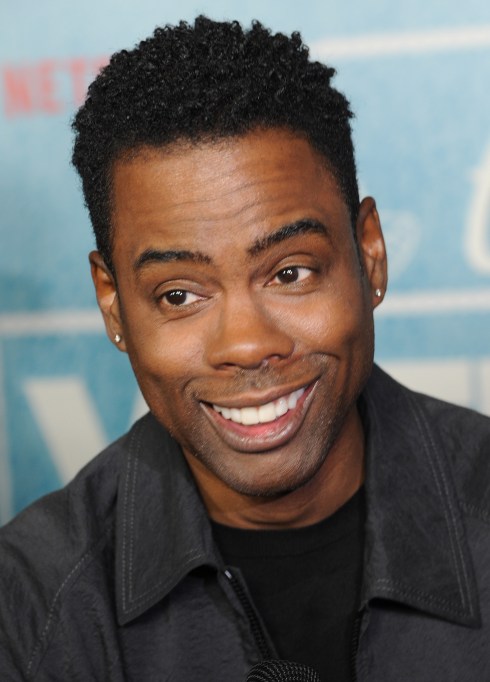 According to Complex, Chris Rock also worked at Red Lobster. 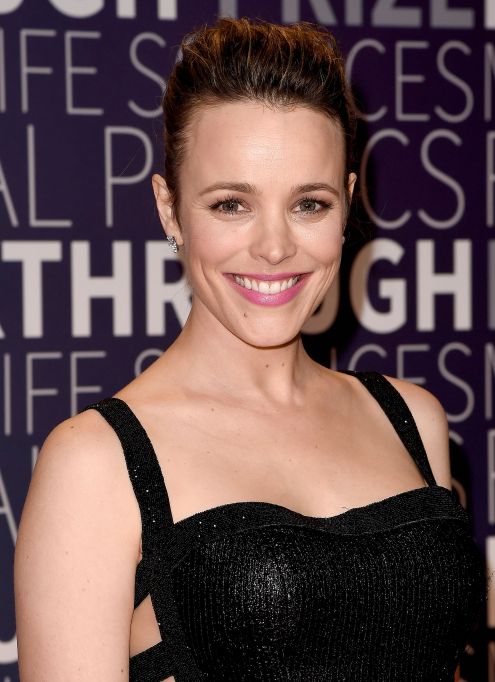 “I had a small town life — I worked at the local McDonald’s for three years,” Rachel McAdams told the New York Times in August 2008. 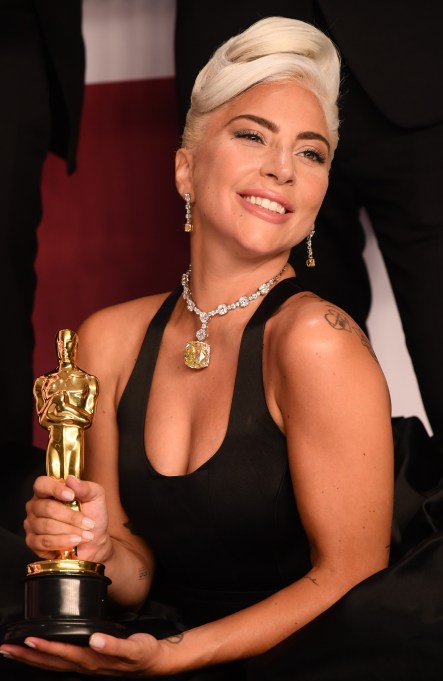 Lady Gaga may now be an Oscar-winning actress, but she had humble beginnings. Revealed in a May 2010 interview with New York Magazine, Gaga took on a job as a waitress at a diner on the Upper West Side as her after-school job. Her first big purchase was a Gucci purse.

“I was so excited because all the girls at Sacred Heart always had their fancy purses, and I always had whatever,” she says. “My mom and dad were not buying me a $600 purse.” 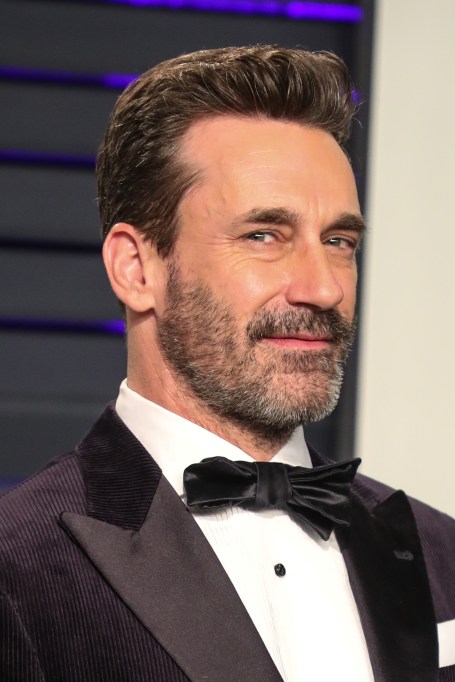 Show of hands if you wished Jon Hamm was your waiter? Well, if you lived in St. Louis and went to any Greek restaurant, Hamm might’ve served you.

“Working in a restaurant is a good life lesson for anybody,” Hamm said in an April 2017 interview with Wealthsimple magazine. “My friend used to say that no one should be able to work in Hollywood if they haven’t worked in a restaurant … I learned how to be nice to people and to ask for help when I need. I learned to love work and find meaning in it. To this day, I like going to work, clocking in and clocking out, the satisfaction of a job well done.” 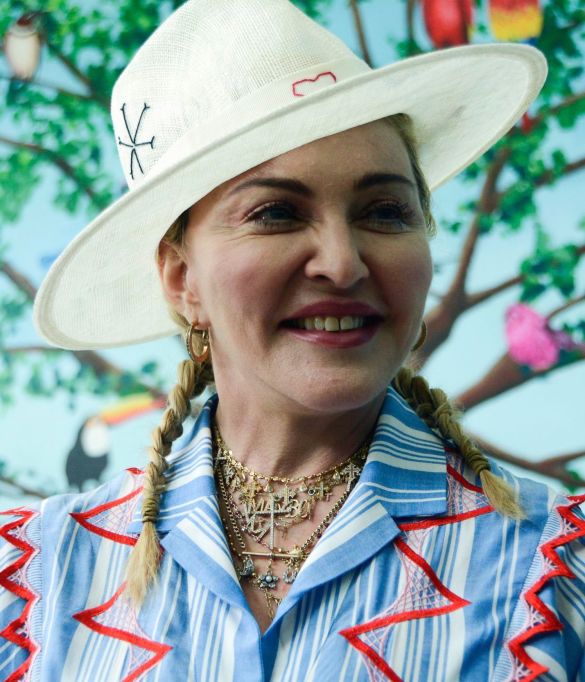 Want to take a wild guess where Madonna worked? No, it wasn’t a restaurant — it was Dunkin’, back when it was back Dunkin’ Donuts. And it wasn’t even your average Dunkin’; it was the Dunkin’ in Times Square.

Apparently she didn’t last long, either, as she was fired after just one day. 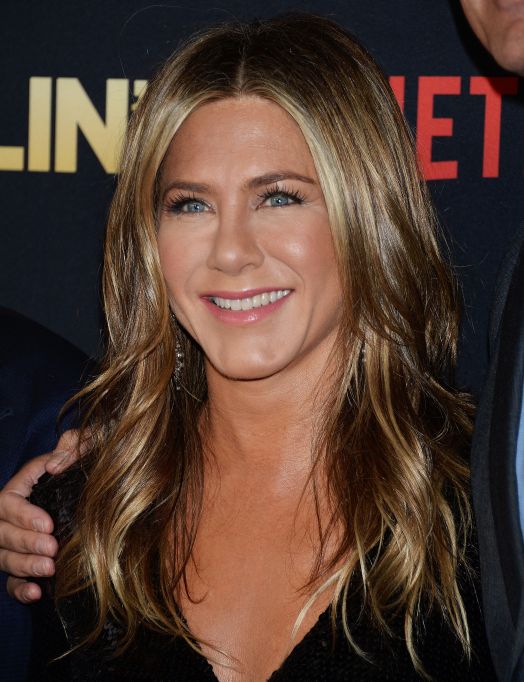 Just like her iconic Friends character, Jennifer Aniston was a waitress — and not a very good one.

“I wasn’t a good waitress, but I was told that I was very nice and charming, so people liked me anyway,” she said in a June 2011 interview with Marie Claire. 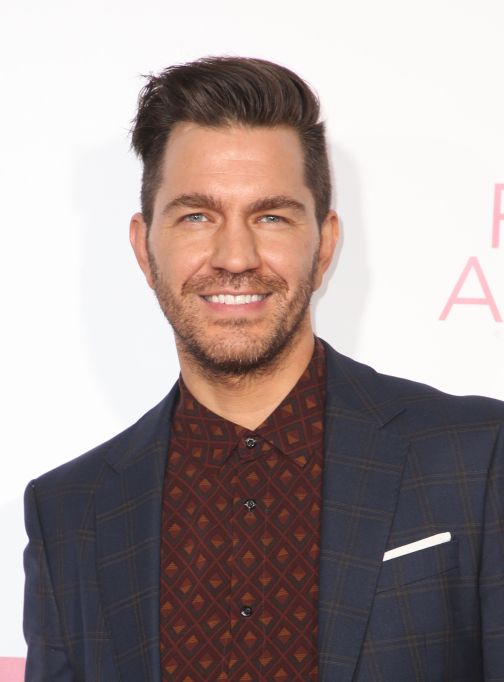 Much like Rachel McAdams, Andy Grammer worked at a McDonald’s, too, but in Chester, New York.

“I make a mean McFlurry,” he said on Watch What Happens Live. 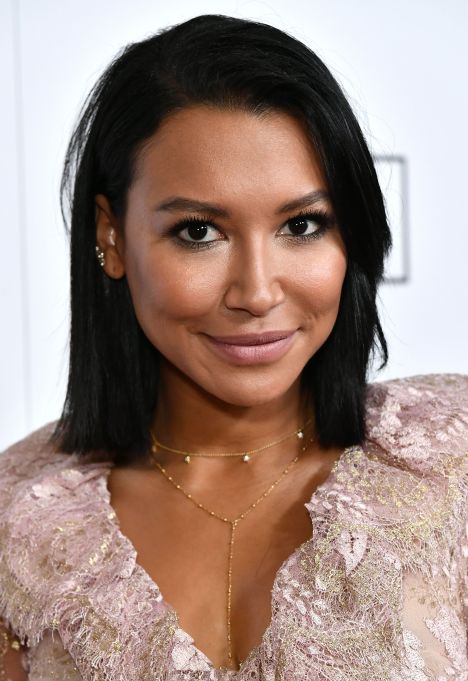 In a 2013 interview with Allure, Naya Rivera revealed she worked at Hooters and didn’t love the experience — and that’s an understatement.

“I have nightmares about that job, period. When I was working there, I was really skinny — a lot skinnier than I am now. But I was always self-conscious. It’s so funny now to feel completely different,” she said. 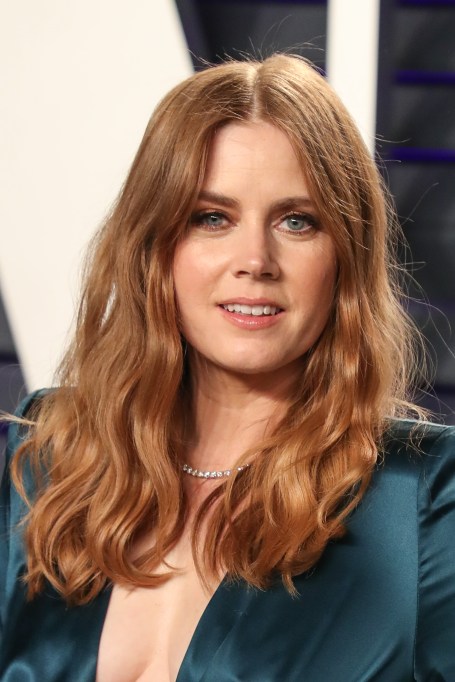 Another Hooter’s alum in the house! Amy Adams first job right out of high school was a hostess at Hooter’s. 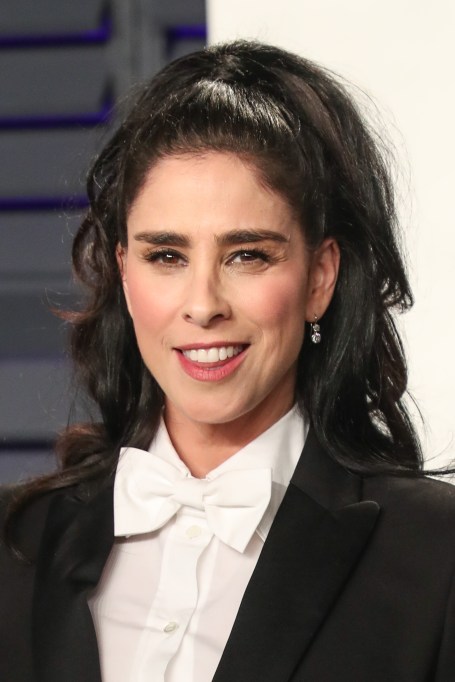 According to Makers, comedian Sarah Silverman took a job as a cocktail waitress at La Cantina, a Mexican restaurant. 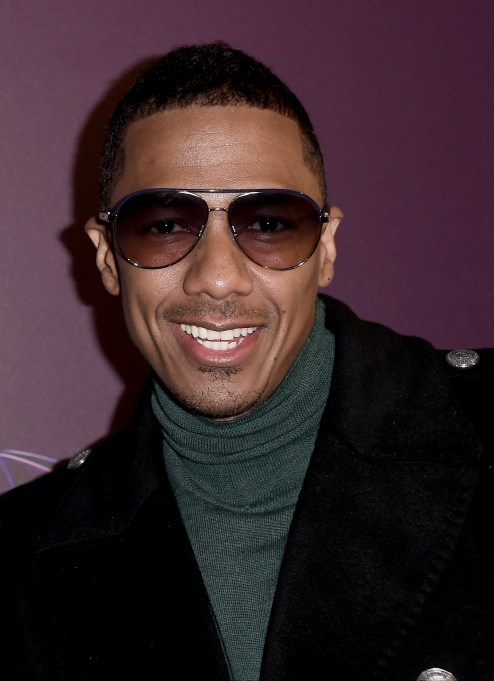 In 2010, during an episode of MTV show When I Was 17, Nick Cannon said his mom made him get a job to help make ends meet; so he worked at Wienerschnitzel. It didn’t last long, though.

“I ended up getting fired because I was playing on the intercom system at the drive-throw telling jokes,” he said. 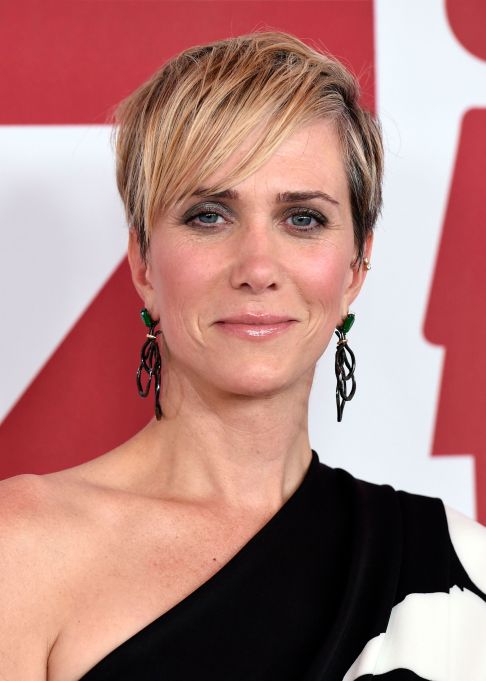 Kristen Wiig used to be a waitress at the cafeteria in Universal Studios, and now, when she runs into a familiar-looking face from a TV show or a movie, “then I’ll remember: oh yeah, I used to serve you Cobb salad,” she told The Guardian in 2011. 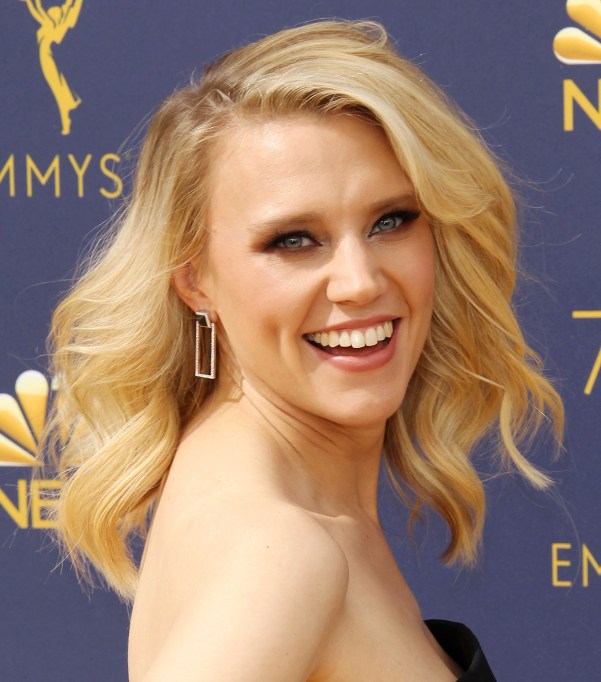 “Now that was a fun job because the real task of the job was to steal small samples of the ice cream without people noticing,” she said on Live with Kelly and Ryan. 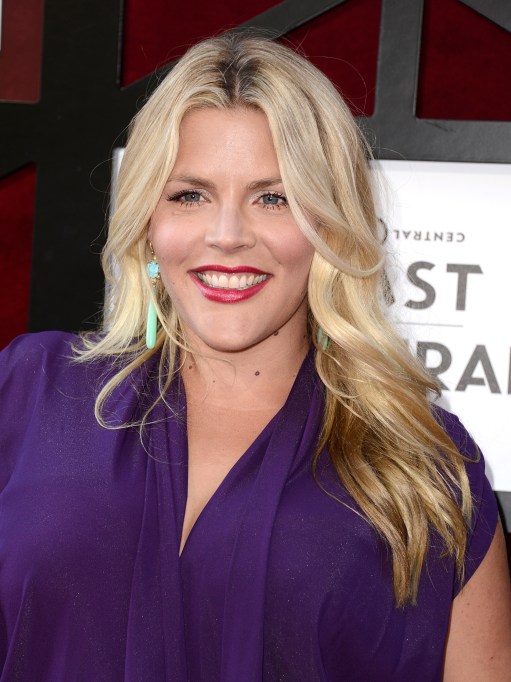 Busy Philips was all about that CPK — California Pizza Kitchen — life in high school.

“It was the golden era of CPK, really, and I ate free every time I worked. The servers weirdly got a discount, but they would give the host/hostess a free meal every time they worked. Maybe because we weren’t getting paid much,” she said while guest hosting Live with Kelly and Ryan. 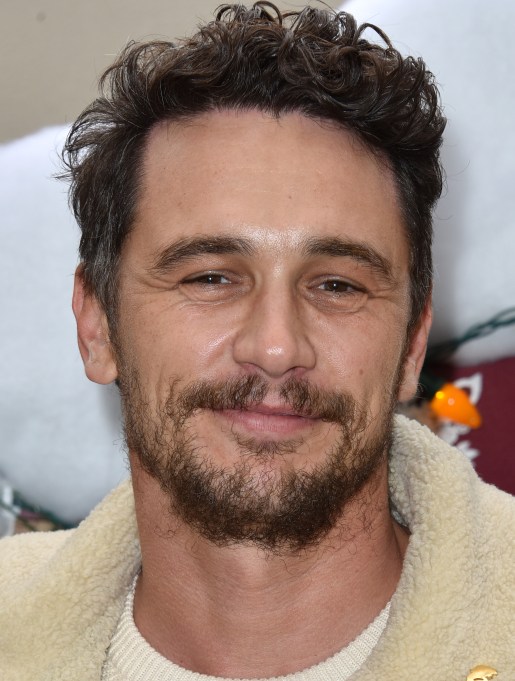 Order up, another celeb who worked at McDonald’s. And apparently James Franco loved his time spent at the fast food joint that he penned an op-ed about it for the Washington Post. 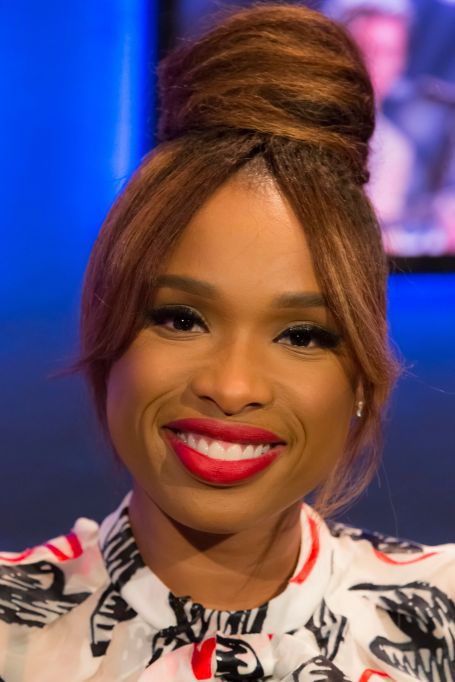 Forget McDonald’s; Jennifer Hudson was more of a Burger King girl. She even visited one during her guest appearance with James Corden on Carpool Karaoke. 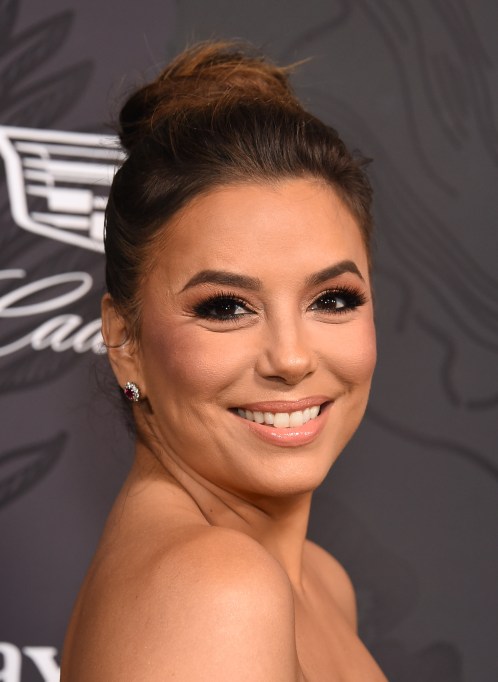 Eva Longoria wanted to have a Quinceañera when I was 15, but her family didn’t have the money to throw one. So, she took matters into her own hands.

“I got a job at Wendy’s and paid for it myself,” the actress said to Redbook in November.