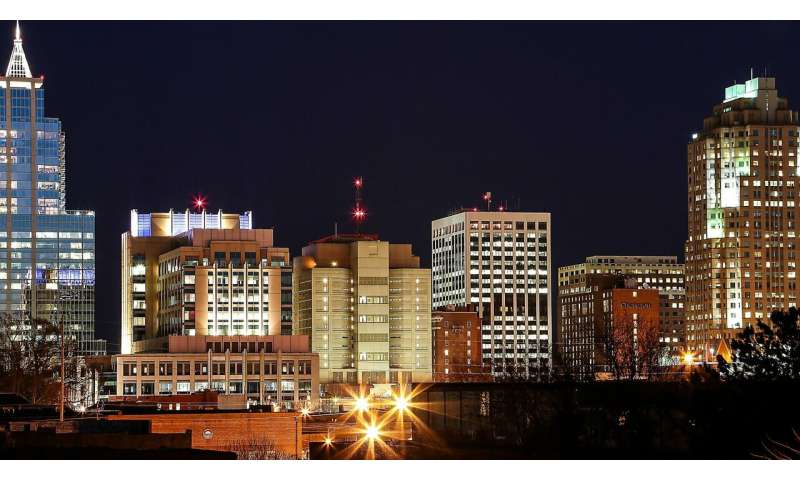 Every year, thousands of runners take part in an event called the Krispy Kreme Challenge. The challenge consists of running 2.5 miles through downtown Raleigh, from NC State University to a Krispy Kreme store, consuming a dozen donuts, and running back again. This raises some interesting questions.

The first question might be: Why would you do that? Well, one answer is that the event raises money for the North Carolina Children’s Hospital. But, really, people probably do it because it sounds like fun.

That leaves another question… what happens to your body when you run on a full stomach?

The short answer is that running on a full stomach is definitely going to hurt your athletic performance. The longer answer is a little more complicated.

“Your body is set up to be as efficient as it can be at extracting calories and other nutrients from what you eat,” says Sarah Ash, a professor of nutrition at NC State. “One way it does this is by directing blood flow to the capillaries in your gastrointestinal tract after you’ve eaten. That’s because this facilitates the transfer of nutrients from the GI tract into the bloodstream, where the body can make use of them.

“But, if you’re running, your body also needs to direct blood to your muscles, to make sure they’re getting the oxygen and energy they need.”

Why do some people barf if they run on a full stomach?

There are a number of reasons why someone might vomit while running. But let’s focus on why running on a full stomach might make someone queasy. One word: volume.

“Eating a lot of food can make you uncomfortable, because the sheer volume of food can distend the stomach,” Ash says. “This, in turn, can trigger pressure receptors that tell the body when to stop eating.

“In extreme cases, that discomfort can reach a point where it triggers nausea or vomiting.”